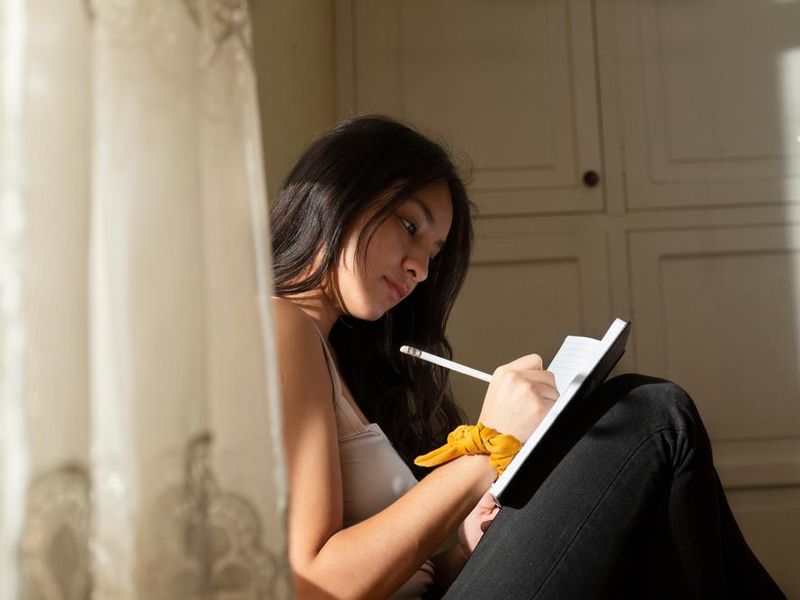 Even psychologists get the blues. As James Pennebaker’s marriage started to flounder, the noted therapist sunk into a massive depression. After a month of misery, he turned to a trusted source of comfort: his typewriter. Each afternoon, he pounded out his thoughts about his failing marriage and other crucial issues, from sex to death. He didn’t realize it at the time, but the words on those pages would turn his life around.

As Pennebaker notes in his book Opening Up (Guilford Press), his typewriter quickly led him out of depression. “For the first time in years — perhaps ever — I had a sense of meaning and direction,” he writes.

Pennebaker’s experience inspired him to devote much of his career to studying the therapeutic value of writing. Over the years, he and many other researchers have found that writing consistently makes people feel happier and healthier. In fact, recent research suggests it may even help ease the symptoms of serious nonpsychiatric diseases.

What type of writing works best? It’s not fiction, poetry, or the daily musings that most people put in their diaries. In every study, subjects got the most benefit by writing about stressful or traumatic events in their lives. Such writing is emotionally taxing, and people often feel heavy-hearted as they put their darkest memories into words. But the short-term pain leads to some impressive rewards.

What are the benefits of writing?

Whether the writers are medical school students or prisoners, grade-schoolers or nursing home residents, the results are the same: Writing works. Blood tests show that subjects have more robust immune systems several weeks after completing such writing exercises, according to Pennebaker. They also tend to take fewer trips to the doctor, report lower levels of pain, use fewer medications, function better in day-to-day tasks, and score higher on tests of psychological well-being.

As Pennebaker and many others have discovered, writing is an especially effective remedy for depression. Countless patients have felt their spirits lift as they captured their anxieties and concerns on paper. And in a recent study at Carnegie Mellon University, students who wrote about their anxieties concerning an upcoming exam were much less likely than other students to show signs of depression.

The value of writing goes beyond mood disorders. A groundbreaking study published in the Journal of the American Medical Association shows that writing about past traumas can even ease the symptoms of asthma and rheumatoid arthritis. Among patients who wrote about the most stressful event in their lives (20 minutes straight on three consecutive days), almost half had significantly reduced symptoms four months later. Only 24 percent of patients who wrote about more mundane subjects showed such progress.

Encouraged by these results, researchers at the University of Alabama at Birmingham and the University of Texas recruited 45 elderly patients from primary care clinics for a new study. Most of these patients had run-of-the-mill complaints, including joint pain, back pain, and stomach problems. Half of the patients, chosen at random, were asked to write about stressful events in three 20-minute sessions at home. The other half wrote about what they did to stay healthy.

Three months later, both groups enjoyed minor improvement in their symptoms. Both groups also made fewer trips to the doctor and spent less on health care in the following three months, but the savings were twice as large for the group that explored stressful events. The researchers concluded that simple writing exercises could be a practical, effective therapy for primary care patients everywhere.

How does writing improve health?

Nobody knows, but the answer probably lies somewhere in the strong connections between stress and disease, says Pennebaker, now a professor of psychology at the University of Texas. Not only can emotional stress lead to depression, it can weaken the immune system, promote heart disease, and worsen the course of arthritis, asthma, cancer, and many other diseases, according to the latest research in neuroscience. And, as Pennebaker explains in his book Opening Up, festering memories can be a major source of stress.

Putting such memories on paper can help defuse the danger, he says. Writing forces a person to confront the past one word at a time, and traumas don’t seem so overwhelming when they’re broken into such small increments. It also gives a person the perfect opportunity to explore and gain new insight into his or her feelings. In fact, studies show that people who use words such as “understand” and “realize” in their writings enjoy the greatest improvements in physical and psychological health.

Pennebaker elaborated on these themes in a report in the Journal of Clinical Psychology. In theory, he writes, “the act of converting emotions and image into words changes the way a person organizes and thinks about the trauma.” And once a person captures a negative event in narrative form, “the event can now be summarized, stored, and forgotten more efficiently.”

Because writing is so effective at alleviating emotional pain, Pennebaker believes the process can help treat a wide range of stress-related conditions in addition to asthma and arthritis. In a series of recent studies, Pennebaker and his colleagues have found that writing shows promise as a treatment for smoking cessation, depression, and in improving the health of HIV-positive patients.

Pennebaker suggests writing about life’s current stresses — not necessarily events from the past — whenever your spirits sag. You can write anywhere, but if possible, choose a quiet room where you know you won’t be interrupted. Pay no attention to sentence structure or grammar: Just write constantly for 20 minutes or so. Try to objectively describe the stressful situation and explore your feelings. When you’re done, keep the words to yourself. Writing for an audience may prevent you from truly opening up on paper.

Remember, the actual writing process may be uncomfortable, even exhausting or painful. If you feel yourself losing control of your emotions, take a break and try again later.

As the great Czech writer and former president Vaclav Havel once wrote, “I do so often write in a state of agitation, depression, unhappiness, and despair, because I find writing so difficult, and because I am so seldom satisfied with what I write. But when — in my happy moments — my work goes well and proceeds as I had imagined or even better, I rejoice and am as happy as a child…. My sense is that, however absurd, tragic, depressing, or cruel [the story] might be, and despite its upsetting qualities — indeed through them — I would certainly feel it delightful, liberating, and elevating, perhaps to the point of tears. I would be delighted to hear things called by their proper names once more, delighted that being was revealed in all its fullness, and therefore all was not lost.”

“Such an experience can’t possibly depress me — in fact, it greatly strengthens my conviction that somehow everything makes sense: our life, our toiling and moiling, our god-forsaken world; in short, that there is some genuine hope left.”

As Havel suggests, if you keep up with your writing project, you’ll end up with more than a few pages of words. You’ll have new insights and a new sense of control. And if Pennebaker and other researchers are correct, you just might write your way to better health.

Following are just a few of the many available books on journal writing.

Writing as a Way of Healing: How Telling Our Stories Transforms Our Lives by Louise Desalvo Beacon Press

The Life Strategies Self Discovery Journal: Finding What Matters Most for You by Phillip C. Mcgraw Hyperion Books

The Illustrated Discovery Journal: Creating a Visual Autobiography of Your Authentic Self by Sarah Ban Breathnach Warner Books, Inc.

The Healing Journey: Your Journal of Self-Discovery by Phil Rich John Wiley and Sons

Smyth JM et al. Effects of writing about stressful experiences on symptom reduction in patients with asthma or rheumatoid arthritis. Journal of the American Medical Association;281(14): 1304-1309.