Walking After a Stroke: (Part 1) 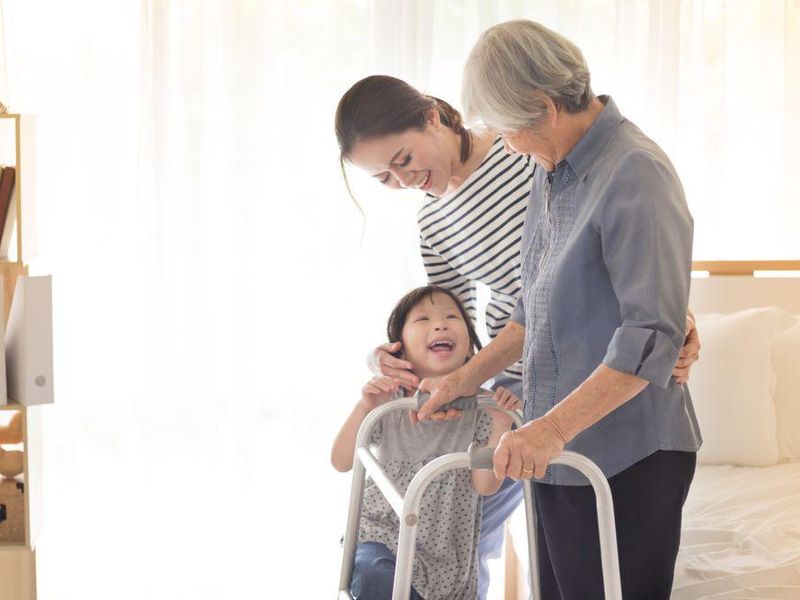 Within minutes, a stroke can ravage your brain, potentially robbing you of a world of skills that, until now, you’ve taken entirely for granted. Among the precious things you may lose is the ability to walk — at least at the beginning.

“It was frustrating and scary. I couldn’t stand or move,” recalls Melanie Goldberg*, who suffered her stroke at the age of 52. “Basically you want to be independent and take care of yourself,” Goldberg says. “But the staff had to help me onto a commode or into a wheelchair.”

Why is walking affected by a stroke?

The majority of strokes injure the motor fibers connected to movement. Typically strokes damage portions of one side of the brain and affect the opposite side of the body. A stroke can make one side of the body weak or paralyzed, making it difficult or impossible to walk. A stroke patient may also experience a complete lack of sensation in parts of the body. “When you put your foot on the floor, you can feel it. They can’t,” explains Jen Aanestad, a physical therapy supervisor at St. Francis Memorial Hospital Acute Rehabilitation Center in San Francisco. “If you can’t feel where your foot is in space, that’s a huge deficit.”

A patient’s balance may also be shaky, if the cerebellum — the part of the brain that controls equilibrium — is injured. And along with the paralysis, weakness, numbness, and loss of balance, many stroke patients are left with distorted perceptions about where the body ends. “They don’t have an idea that the affected part of their body exists anymore,” says Aanestad. Damage to the optic nerve, for example, can shrink one’s field of vision, so that a stroke survivor may see only half of his body when he looks in the mirror. Interestingly, the other half of the body will come into view if the head is turned the other way, but patients often have to remind themselves to turn so they can “find” that half in the mirror.

Injury to the motor portion of the brain can also diminish muscle tone and control, another obstacle to walking. Muscles can lose the ability to contract altogether or, on the contrary, become overly contracted and too rigid to allow a simple walking motion.

How does a stroke survivor relearn to walk?

A patient’s rehabilitation should start as soon as he or she is stable. That could be anywhere from a couple of days to a few weeks or longer. Established guidelines, as well as a huge body of literature, insist that the earlier therapy is initiated the better. Additionally, the American Heart Association stresses the importance of aerobic and strengthening exercises to improve overall health and reduce the risk of subsequent strokes. Walking is one step towards that goal.

But before walking is even considered, a physical therapist will pinpoint weaknesses in the body that need to be addressed. First, the therapist may guide the patient through pre-walking exercises to ready other pertinent muscles. If a patient’s trunk muscles were affected, causing him or her to lean to one side or to the front, Aanestad says, she would start with trunk exercises in the sitting position. The next step might be to work on standing until the patient feels anchored and secure.

Then therapist and patient can approach the act of walking itself, which involves scores of muscles and many isolated movements. There are eight major phases of movement that occur with each step. Often part of the complexity of relearning to walk is that each segment must be relearned separately, then combined, as if the survivor were a beginning dancer learning a new piece of choreography.

Usually the brain tells the muscles in our bodies how to move, and they comply. Following a stroke, the process often works in reverse. The physical therapist creates sensory input for the brain. She repetitively uses her hands and body to move the patient’s muscles, if the person is not able to move them alone. This process sends messages back to the brain until the movement is relearned.

The hands-on approach is particularly important for stroke survivors suffering receptive aphasia, a condition in which all language sounds like gibberish. They can’t process the therapist’s directions, so “I’ll place my hands at the pelvis muscles to tell them where to move. I’m constantly facilitating the appropriate muscles,” says Aanestad. “Even if they may not be cognizant of what I’m saying, I’m working with the part of their brain that deals with movement.”

For other impairments in thinking, a physical therapist has to devise different ways of getting the message across. Aanestad recalls the way one client was able to translate her request to straighten his knee. “One guy said, ‘Oh you want me to stand like a flamingo,’ so that’s what I’d say to him to get him to do it,” she says.

The patient may also need his or her own verbal cues. “You’re trying to get your muscles to remember what they’re supposed to do, and you have to consciously tell them” — sometimes out loud — “which is very strange,” says Goldberg of her first attempts to walk following her stroke.

Regardless of how a stroke survivor learns to walk, one thing is certain: “There is no singular way to reintroduce walking into their lives,” says Aanestad. “You have to have as big a bag of tricks as you can.”

The months or years it takes may seem overwhelming, but survivors like Goldberg keep in mind that the potential for progress is always there. “If I couldn’t park right in front of where I was going, a couple years ago I couldn’t go there,” she says. “I still don’t have the total use of my arm or leg. But now if I have to walk two blocks, I can do it.”

* Melanie Goldberg is a pseudonym.