Vasectomy: Is It For Me? 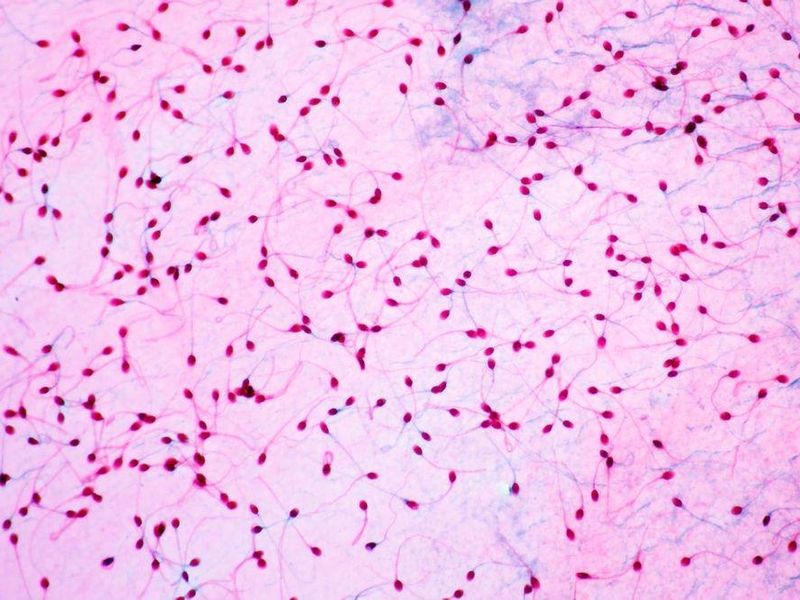 What is a vasectomy?

A vasectomy is an operation designed to make a man sterile. A doctor simply cuts the tubes — called the vas deferens — that carry sperm from the testes to the pouch that holds the semen, blocking the only chance for sperm to leave the body. If you get a vasectomy, you can still have sex and you’ll still ejaculate. The only thing you won’t do is worry about causing a pregnancy.

It’s quite simple. In the common type of vasectomy, the doctor first makes small incisions, or cuts, on each side of the scrotum. He or she then lifts the tubes to the surface, snips them in two, cauterizes their ends or ties them together (some doctors use a titanium clip instead), and stitches up the scrotum.

Today many doctors perform an operation that is simpler still, one known as a “no-scalpel” vasectomy. In this operation the doctor uses his or her fingers to bring the tubes close to the surface, pierces the skin with forceps, will numb the scrotum first with an anesthetic, then cuts, and you’ll stay awake through the 10- to 60- minute procedure. Each type of operation usually costs between $350 and $1,000 (including counseling, preliminary examination, and follow-up appointments) — far less than surgery to sterilize a woman — and is usually covered by insurance.

How do I prepare?

Ask your doctor about precautions. In general, don’t eat breakfast on the day of the procedure, and don’t take aspirin or ibuprofen for two weeks before your vasectomy and for a week afterward to decrease the risk of bleeding. On the day of the operation, shower beforehand and wear loose-fitting pants and underwear.

After the operation, do I have to worry about birth control at all?

With a success rate higher than 99 percent, vasectomies are practically foolproof. But don’t be too hasty about throwing out other forms of birth control. For the first 15 or 20 ejaculations following the vasectomy, or for about 3 months, a few stray sperm will be lingering in your tubes. Your doctor will want to check your semen after about 20 ejaculations to make sure it’s sperm-free.

What are the side effects?

Men often jokingly use a high-pitched voice when discussing vasectomy. If performed properly, the operation has no effect on a man’s voice, facial hair, sex drive, or sexual functioning. The vas deferens carries nothing but sperm, so the operation does nothing other than keep these cells out of the semen. (They’re then reabsorbed into the body.) Unless you carry a microscope and a specimen cup to bed, you’ll never notice the difference.

A study published in the Journal of Clinical Oncology did find an increased risk of aggressive prostate cancer among men who had had a vasectomy, but researchers say more studies are needed to determine if the findings are accurate.

How long will it take to recover?

You’ll feel soreness or even excruciating pain for a few days afterward. Plan to lie around for a few days, and use an ice pack on your scrotum to reduce swelling. (It’s a good idea to bring an ice pack with you to the doctor’s office, and wear something that can support your scrotum, such as a jock strap.) If you schedule the operation for a Friday, you can probably return to work Monday, unless your job involves physical labor. It’s wise to wait a week or so before having sex, lifting heavy objects, riding a bike, jogging, golfing, or engaging in other strenuous activities. If you have a non-scalpel vasectomy, you’re likely to feel less pain and the recovery time may be a bit shorter.

Like all operations, vasectomies carry some degree of risk. Since this is an elective surgery, or a surgery of your own choosing, weigh this carefully. A study of nearly 3,500 patients who underwent scalpel-free vasectomies, published in the Journal of Urology, found that 2 percent of the patients needed medical help for swelling or infections. Bleeding under the skin might cause swelling or bruising, a problem that usually clears up on its own. If the bruise lingers, apply an ice pack and get some rest. In some cases, the incisions or puncture wound on the scrotum get infected. Call your doctor immediately or go to the emergency room if you notice blood or pus ooze from the site or if you develop a fever over 100 degrees. In very rare cases, patients develop chronic pain or dangerous infections, which could result in other surgeries.

Can a vasectomy be reversed?

Yes, but it’s expensive — costing as much as $13,000 — and the procedure doesn’t always work. You might consider putting some of your sperm in a sperm bank if you have any reservations.
Don’t get a vasectomy unless you are 100 percent certain you don’t want to father a child in the future. If you’re already thinking about a reversal down the road, a vasectomy isn’t for you.

What are the first steps to take?

After discussing your decision to be sterilized with your partner, contact your family doctor, your local hospital, or your public health department.

If possible, find a family doctor, urologist, or nurse practitioner who has performed at least 100 operations; experienced doctors and NPs are generally the best at minimizing pain or discomfort. If you want to locate a doctor who performs no-scalpel vasectomies, or if you have questions about the procedure, contact EngenderHealth at (212)561-8000 or visit its Web site at http://www.engenderhealth.org.

Vasectomy at a Glance. Planned Parenthood Federation of America.

Planned Parenthood. What to expect vasectomy.