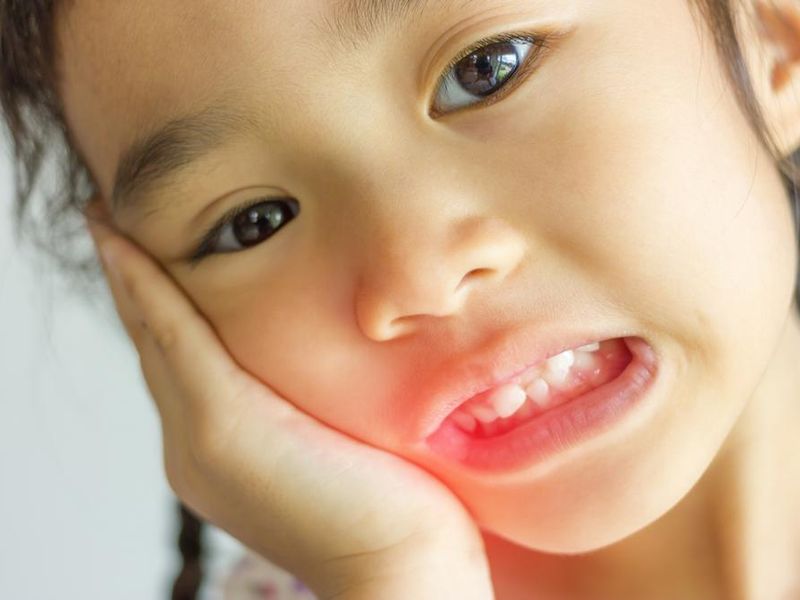 Kaye Wellborn* will never forget her first — and last — abscessed tooth. The San Francisco 49ers had just won the Superbowl, and a huge, exuberant crowd was celebrating in the street where she was house-sitting. “I was already in so much pain, I had tears running down my face,” she says. “People were honking horns and beating drums, and with every drumbeat the throbbing pain in my tooth became more excruciating.” She eventually went to an emergency clinic, where a dental exam revealed that the pulp of one of her lower teeth was infected.

The pulp, the only part of the tooth that’s sensitive to pain, is thankfully well protected. The outer layers of the tooth — a thin, rock-hard coating known as enamel, and dentin, the main part of the tooth — surround the fleshy, nerve-filled center. But if a tooth cracks or develops a deep cavity, as in Wellborn’s case, the pulp can be exposed. Before long, bacteria will invade the center of the tooth and the pulp will start to die. As the infection progresses, pockets of pus will form at the root of the tooth. This is called an abscess.

Another less common type of abscess can form between the tooth and the gums. If a piece of food gets stuck under the gums, it can become a feeding ground for bacteria. Once again, a pocket of pus may collect at the site of the infection.

However it occurs, an abscessed tooth is a serious condition. The pain and discomfort are only part of the story. If left untreated, the infection will kill the tooth and may even damage the surrounding jaw. Fortunately, modern dental techniques can stop the infection, ease the pain, and, more often than not, save the tooth.

In rare cases, an abscessed tooth can be life-threatening. Between 2000 and 2008, more than 60,000 Americans were hospitalized with abscessed teeth, and 66 of them died, according to a study published in the Journal of Endontics.

What are the symptoms of an abscessed tooth?

Not surprisingly, abscessed teeth are usually very painful. You may feel a shooting or throbbing pain every time you bite or chew. The pain may linger even when there is no pressure on the tooth. The tooth may also be extremely sensitive to heat and cold. In addition to pain and sensitivity, you may notice a fever over 100 degrees, redness and swelling in your gums, a bitter taste in your mouth, foul-smelling breath, tender or swollen glands in your neck, or, in very serious cases, life-threatening swelling in your jaw. Such an infection could spread to other parts of your body and cause serious damage, so an abscessed tooth requires immediate treatment. If you have these symptoms , do not have a dentist or are unable to pay, go to an emergency room immediately.

What is the treatment for an abscessed tooth?

If you think you may have an abscessed tooth, get to a dentist immediately. Your dentist will examine the tooth and take x-rays. If the pulp of your tooth is infected, you’ll probably need a root canal to remove the diseased tissue. After numbing the tooth with anesthetic, the dentist will drill a small hole in the top of the tooth and remove the pulp. Then, using small files, he or she will clean out the narrow canals that held the pulp. The tooth is then topped with a temporary filling. At a later appointment, the dentist will close off each canal and cap the tooth with a permanent crown.

If you have an abscess between a tooth and your gums, your dentist will drain the pocket of pus and clean the area. You may eventually need gum surgery to close the gap in your gums and prevent future infections.

Whatever type of abscess you have, your dentist will probably prescribe antibiotics to treat the infection before doing a dental procedure. He or she may also recommend regularly rinsing the mouth with warm salt water and taking over-the-counter painkillers such as aspirin or ibuprofen. Some people are tempted to put aspirin tablets directly on the sore spot, but this will only irritate the gums.

How can I prevent an abscessed tooth?

First of all, do what you can to keep cavities from getting out of control. Brush twice a day, floss daily, and see your dentist regularly. If you break a tooth, get treatment immediately. Prompt treatment can stop infections before they have a chance to start.

*Kaye Wellborn is a pseudonym.


Getting to the Root of the Root Canal. Journal of the American Dental Association.