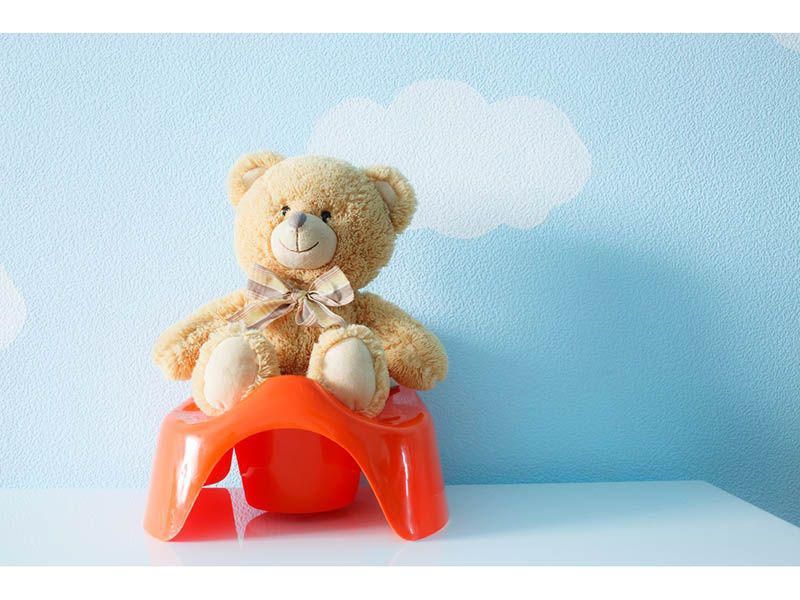 You’re trying not to worry, but your child’s third birthday is behind him — and maybe his fourth or fifth — and he’s still in diapers. Don’t despair. Learning to use the toilet is a skill much like learning to tie shoes or ride a bicycle, and it poses a different set of challenges for each child. Here are seven common problems and strategies for solving them.

My child refuses to use the toilet.

If your child seems genuinely uninterested in learning to use the toilet, he may not be ready to take on this challenge. To find out, answer these questions:

1. Does your child know what a toilet is for?

2. Does he like to come into the bathroom with you?

3. Can he stay dry for at least two hours at a time?

4. Can he follow simple instructions, such as those for washing hands?

5. Does he recognize at least a few moments ahead of time that he’s about to go? (He may grimace, squat suddenly, grab his crotch, or run from the room.)

6. Can he get on and off the toilet without help?

7. Does he understand the meaning of the words wet and dry?

If you answered no to one or more of these questions, drop the issue for a while. Toilet training is most successful if done according to the child’s own schedule. If you answered yes to all seven questions, your child is developmentally ready to start, but fear or nervousness may be holding him back.

My child is ready to use the potty but seems scared.

Your child probably wants to learn as much as you want him to, but he may feel intimidated. He may also have become self-conscious about using the toilet if many of his friends at daycare or school already know how. Here are some ways to generate enthusiasm:

Toilet training has become a battle.

Your child won’t use the toilet for the same reason he refuses to take a bath or go to bed: He’s experimenting with limits and autonomy. Your job is to keep your child’s limit-testing from turning into a power struggle, because he will win — it’s his body, after all. Follow these steps to defuse the issue.

My child won’t have a bowel movement in the toilet.

If your child pees in the potty without problems but resists using it for BMs, he’s probably fearful of making a mess — maybe he had a bowel movement accident at school and people overreacted, or maybe he witnessed another child having such an accident. Helping your child successfully have a BM in the potty and then heaping him with praise can go a long way toward overcoming his fears. If your child is fairly regular, make note of the times he usually has a BM and try to make sure he’s near a potty then; you’ll need to get his daycare provider or preschool teacher in on the plan as well. You might also try giving your child a special reward, such as a small toy or a bedtime video, for having a bowel movement in the potty. Another slightly wacky trick is to make tiny little “poops” out of brown clay and pretend that a favorite stuffed animal is pooping into the toilet.

If his focus on bowel movements is derailing his toilet training, however, you can put him back in diapers any time he’s about to have a BM. (He’ll have to let you know when it’s imminent.) This makes a good interim solution for some children.

My child won’t use the toilet at daycare or school.

Start by finding out everything you can about the bathroom routine at his center; something about the procedure may be confusing him. If the teachers are taking the children in groups and your child likes his privacy, ask them to let him go by himself. Or it may be the toilet itself. If your child is having trouble making the switch from his potty chair at home to a built-in toilet at daycare or school, try buying a second potty chair and keeping it in the center’s bathroom.

My child was toilet-trained, then started having accidents again.

Has there has been a big change in his life — a new sibling, a move to a different home, a change of school? If so, his regression is a natural reaction and it’s probably best to wait until things settle down to resume toilet training. Even seemingly small changes — switching from a crib to a bed or joining a soccer team — can rattle a child. Don’t make him feel bad about having accidents, and avoid getting into a power struggle. If he’s still making it to the potty most of the time, just stay the course and clean up the accidents without comment. However, if he directly asks for a return to diapers, don’t make an issue of it. Put him back in diapers for a few weeks or until he expresses an interest in using the toilet again.

My child isn’t having BMs as often as it seems he should.

Sometimes a child becomes so fearful about having a bowel movement in the toilet — or about not making it to the toilet — that he begins to hold in his BMs. While many children do this for a brief period without harm, you definitely don’t want him to keep it up for long. Withholding bowel movements can stretch the wall of the intestine, weakening the sensation of needing to go and causing long-term complications with toilet training. Refusing to poop also can lead to constipation, which in turn makes bowel movements more uncomfortable, or even painful, causing your child to continue to hold back.

If you suspect that your child is getting caught in this cycle, consult his pediatrician. The doctor will probably recommend that you keep a record of your child’s BMs to get a better sense of the problem and that you adjust his diet to lessen the constipation by increasing the amount of water he drinks and adding prune juice, pear nectar, or fiber. If he continues to be constipated, your pediatrician will probably suggest using a laxative such as mineral oil (1 tablespoon for each year of age a day, given by mouth) for several weeks to get him on a regular elimination schedule.

Address your child’s anxiety, too, by talking to him about the universality of bodily functions. A great tool for this is the book Everyone Poops, by Taro Gomi, which may help your child understand that having a bowel movement is natural, not shameful.

American Academy of Pediatrics. Caring for Your Baby and Young Child: Birth to Age Five.Bantam Books.

American Academy of Family Physicians. Evaluation and Treatment of Constipation in Infants and Children. http://www.aafp.org/afp/20060201/469.html