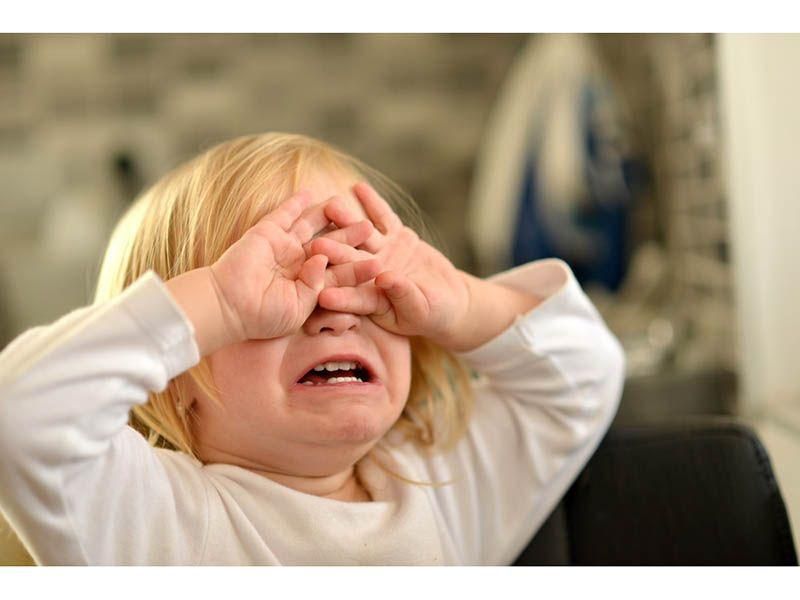 Why does my child have tantrums?

Some preschoolers throw tantrums for the same reasons they did as toddlers: because they’re exhausted, hungry, or scared. But at this age it’s more likely because your child wants to test your authority or manipulate you. This isn’t a knock on your parenting skills or a sign that he’ll be a rebellious teenager; it’s a normal part of his development and growing independence. By occasionally provoking you, he may be trying to learn more about how you respond to conflict, make decisions, and share authority.

Some tantrums are associated with developmental problems, such as delayed language skills or hearing or vision difficulties. Severe stress, parents’ divorce, the death of a parent, or other emotional upsets may also prompt tantrum-like behavior. A pediatrician can help you assess these types of problems.

Could I be causing my child’s tantrums?

Unrealistic expectations and rigid rules can make children feel trapped; tantrums may be a sign that you’re putting too much pressure on your child. But having too few rules and making up your child’s schedule as you go can also create problems. When you’re late with a nap or meal, he becomes uncertain and worried, and his anxiety bursts out.

If you ignored tantrums in the past or gave in to keep the peace, you’re learning that the problem doesn’t simply melt away. You have to deal with what’s going on and teach your child how to express himself without exploding.

The years from age 3 to 6 are an emotionally turbulent time. Your child may swing between extremes: He wants more independence, but he suffers from separation anxiety. Now more than ever, it’s important for you to be calm when things go wrong, consistent about how you handle problems, and compassionate when your child has an outburst.

Are there different types of tantrums?

Yes. Here are a few scenarios:

How can I stop my child’s tantrums without giving in?

First, get past the idea that your child’s tantrum is about him squaring off with you. It’s really about a frightening rush of feeling he can’t rein in. Second, try to look at the situation from your child’s perspective. After years of going to the park at 10 o’clock, maybe today he decides that he wants to say when you’ll leave. Let him. Start giving him opportunities to make simple decisions. Don’t worry about maintaining your power over him; think about a relationship in which you teach him how to make good decisions for himself. Far from letting him manipulate you, you’ll show him that you are strong enough to share authority. Yielding gracefully now and then also tells your child that you value his opinions.

Hold a firmer line when your child wants things that aren’t good for him. Letting him go without a bath once in a while is okay, but you wouldn’t want him to give up baths altogether. The same goes for sugary treats and expensive toys; give in too often, and you won’t like the results.

How can I cope if the tantrums are getting worse?

As children grow older, tantrums may become louder, more disruptive, and tougher to control. The best strategy is still the one you used when your child was a toddler: Take him to a quiet place and let him express his feelings; talk to him later about what happened and why.

Remind yourself not to get angry. If your child is going on his fourth or fifth year of tantrums, you may feel that showing him how fatigued and upset you are will help him realize how badly he’s behaving. It won’t. Physical or verbal aggression will only teach your child to be aggressive. There is simply no shortcut to the hard work of teaching your child how to manage his emotions and correcting him when he fails.

Also, don’t argue with your child. Given your child’s growing language skills, it’s tempting try to talk him out of a tantrum. But you’d be wasting your breath. Your child is probably too upset to listen, and in any case, the issue isn’t the candy bar he wants you to buy — it’s his uncontrollable anger. Talk to your child after the tempest has passed, pointing out what he could have done differently.

Seek professional help if your child’s tantrums causes harm to himself or others, if your child holds his breath and faints, or if the tantrums get worse after the middle of the fourth year. If the outbursts are severe or happen too often, your child may have a medical, social, or emotional problem; your family doctor or pediatrician can help you figure out what’s wrong.