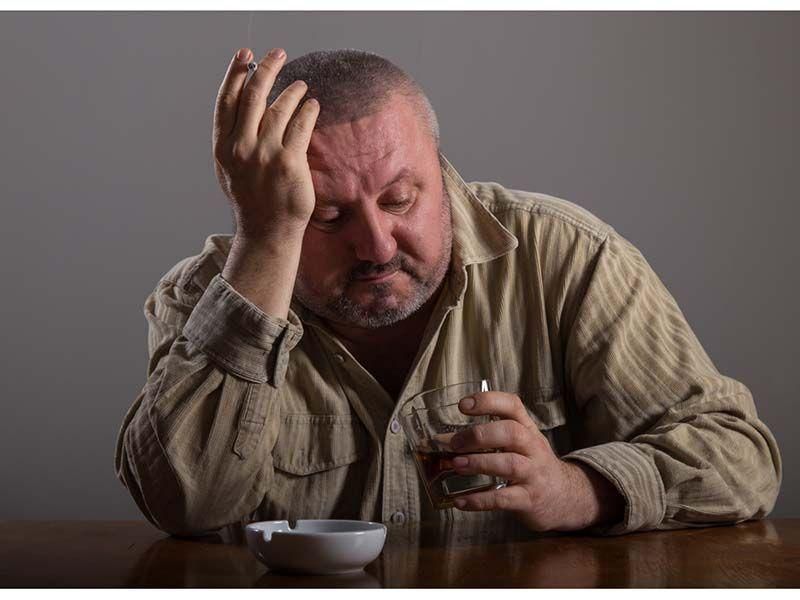 Is substance abuse a problem among seniors?

While the nation wages war on marijuana, cocaine, and other street drugs, roughly one out of five seniors struggles with a different kind of substance abuse. The drugs that have them in their grip — prescription medications and alcohol — are perfectly legal, but that doesn’t make the addictions any less devastating to older people and their families.

Substance abuse by seniors can lead to depression, dramatic personality changes, memory loss, malnutrition, falls, several forms of cancer, heart disease, and early death. If you find yourself unable to get through the day without alcohol or a prescription drug, don’t panic: call your doctor and get help. In addition, alcohol and tobacco cause the most illness and death of any addictive drugs, legal or illegal, according to the Society for the Study of Addiction.

Am I at risk for substance abuse?

According to a report in the Journal of the American Geriatric Society, seniors may be especially likely to become addicted to alcohol or prescription drugs if they suffer from depression, loneliness, boredom, stress, or chronic pain.

A history of substance abuse clearly increases the risk, but even a senior with a spotless past can suddenly succumb to a new addiction. In a Mayo Clinic survey of 100 elderly patients who abused prescription drugs, 35 began their dependency in their 60s or beyond.

Often the drugs of abuse are those prescribed to relieve suffering from stress and pain, but if the patient become addicted, the drugs then become part of the overall problem.

What drugs can cause addiction among seniors?

According to a report by the Substance Abuse and Mental Health Services Administration, when seniors misuse a substance it is most likely to be alcohol: Roughly 5.5 million older adults have alcohol problems, with sedatives a distant fourth on the list. Alcohol is socially acceptable, readily available, and, for many people, powerfully addictive. Changes in the body make seniors more sensitive to alcohol, and it may take relatively few drinks to cause intoxication or feed an addiction. The National Institute on Alcohol Abuse and Alcoholism recommends that people over age 65 have no more than one drink per day.

Addiction to prescription drugs may be relatively uncommon, but it easily matches alcoholism in its ability to ruin lives. Here’s a look at the prescriptions that most often cause trouble:

Barbiturates. These sedatives, often prescribed to treat insomnia, are particularly potent for seniors. Older bodies break down and eliminate the drugs slowly. Also, these drugs tend to be distributed in body fat, which tends to increase with advancing age; the stored drug is released gradually, prolonging the effects of the medication. The risk of addiction — not to mention the risk of falls and broken bones — is so great that no senior citizen should take the drug on a regular basis, experts say. If you suffer from insomnia, try nondrug treatments such as relaxation therapy, or ask your doctor about sedatives with less potential for addiction.

Diazepam (Valium), chlordiazepoxide (Librium), and similar sedatives. These “long half-life” sedatives, often prescribed to treat insomnia and anxiety, are designed to work slowly and linger in the blood. As with barbiturates, these drugs can accumulate in the body fat of seniors, carry a large risk of addiction, and increase the risk of falls. For this reason, experts in geriatric medicine say long half-life drugs should never be prescribed to people over 65. Unfortunately, many doctors haven’t received the message; diazepam (Valium) alone is prescribed to roughly 100,000 seniors each year.

Morphine and other opioids. These powerful painkillers can definitely cause addiction, so physicians now recommend against using opioids for acute pain for more than 5 days, according to addiction psychiatrist Joe Sepulveda, MD, of San Diego. In addition, the drugs are not recommended for people with previous addictions.

What about illegal drugs?

Perhaps surprisingly, illegal drug use is on the rise among seniors, according to a recent Substance Abuse and Mental Health Services Administration report. In what SAMHSA officials have called “the ‘graying’ of drug users in America,” a 2017 report found that 1 million individuals aged 65 or older had a substance use disorder, including 978,000 older adults who abused alcohol and 161,000 who had an illicit drug use disorder.

What are the warning signs of an addiction?

Hardly anyone, young or old, ever admits to an addiction voluntarily. It’s up to friends and family members to spot signs of trouble before it’s too late: these include complaints of anxiety, depression, disorientation, apathy, panic attacks, mood swings, changes of appetite, sleep problems, paranoia, hallucinations, tremors, and failing memory. Conflicts at work, at volunteer positions, or with family members are also common. Finally, anyone who plans the day around drinking or goes from doctor to doctor seeking prescriptions is raising a red flag.

If you know or suspect your loved one is abusing alcohol or prescription drugs, it may be up to you to confront him or her about the problem. The Mayo Clinic for Medical Education and Research suggests the following guidelines:

Bring up the subject when your loved one is sober, not when he or she is drinking. The confrontation may go more smoothly if it’s led by a professional trained in dealing with alcohol or drug abuse.

Be kind but firm: Explain to the abuser that he needs to get help or face the consequences, and that you can’t be covering up for him anymore.

Don’t engage in blame. Remember that alcoholism or another addiction is a disease, not a moral weakness.

Discuss the problem with a doctor and plan an intervention if necessary.

Don’t wait until it’s too late, and don’t neglect your own needs. You may want to seek out counseling or an alcohol support group like Al-Anon.

How is substance abuse treated?

You may find that something as simple as a few counseling sessions and encouragement from your physician and family is all you need to break your addiction. This is especially true if the habit started late in life, if you have strong family and social support, and if there are no accompanying mental illnesses.

Seniors with more deep-rooted addictions may need to go through detoxification treatment followed by a rehabilitation program. Many seniors who misuse diazepam (Valium) and similar medications find that the craving vanishes as soon as the drug is out of their system. Patients who abuse alcohol, however, often require intensive programs such as Alcoholics Anonymous or another type of support group to prevent a relapse.

Older people often resist treatment, but they usually become model clients once it starts. They tend to follow directions more diligently than younger substance abusers, and they often prove better able to kick their habits. Because some older people have reported discomfort with the “profanity” in some support groups, some providers have created out-patient support groups for people 50 and older, such as Senior Hope in Albany, New York.