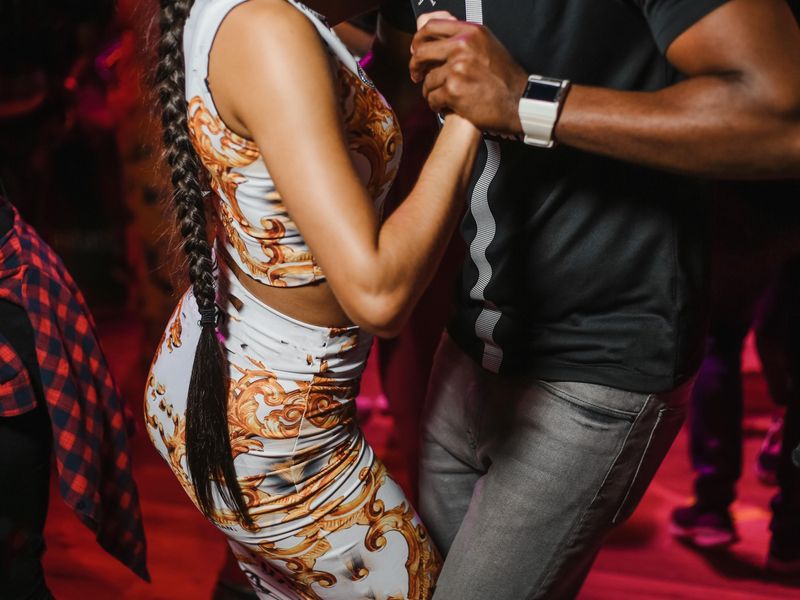 Twenty years ago, when Americans heard the word “salsa” most were likely to think of spicy Mexican hot sauce. These days, however, “salsa” is apt to conjure up a different image: breathtaking turns and floating hips, the taut, sensual embrace of a dance partner, and Caribbean-spiced Latin rhythms. Dancing the night away at gyms and community centers, nightclubs and parties across the country, millions of Americans are discovering the pleasures of salsa.

What’s more, it’s good for them. Whether you dislike gym exercise or work out regularly, salsa dancing can be a fun and exhilarating alterative — as well as a great aerobic workout. Even the American Heart Association and the Centers for Disease Control and Prevention have recommended dancing as a way to stay in shape or shed extra pounds.

Yet even if you’re tempted by that rollicking Latin beat, you might feel shy about just plunging onto the dance floor. Perhaps you’re intimidated by the idea of dancing with a partner. Or you’re convinced that you could never master the dance’s undulating moves. But if you spent some time with Hosung Lee, you might think again.

Lee, a 28-year-old architecture graduate student in San Francisco, was painfully shy before he accidentally wandered into a full-tilt salsa club six years ago. On that night, Lee says, something about the atmosphere “just got to him.” The student was completely taken with the music and the way the couples sizzled across the dance floor. A Korean immigrant from a conservative family, Lee was afraid his parents might disapprove of partner dancing — the practice is looked upon with suspicion in traditional Korean society. But after a night spent swirling in the aura of Latin greats like Celia Cruz, Ruben Blades, and Los Van Van, Lee simply couldn’t resist signing up for salsa classes.

“I felt awkward for the first few classes,” Lee says, “but after a month, I was really feeling the music.” Seemingly intricate steps became easier by the week, and after two months, the young Korean immigrant had acquired an entire collection of salsa CDs. In the months that followed, Lee was hitting the salsa clubs nearly every night, and he lost 10 pounds from “dancing like crazy.” 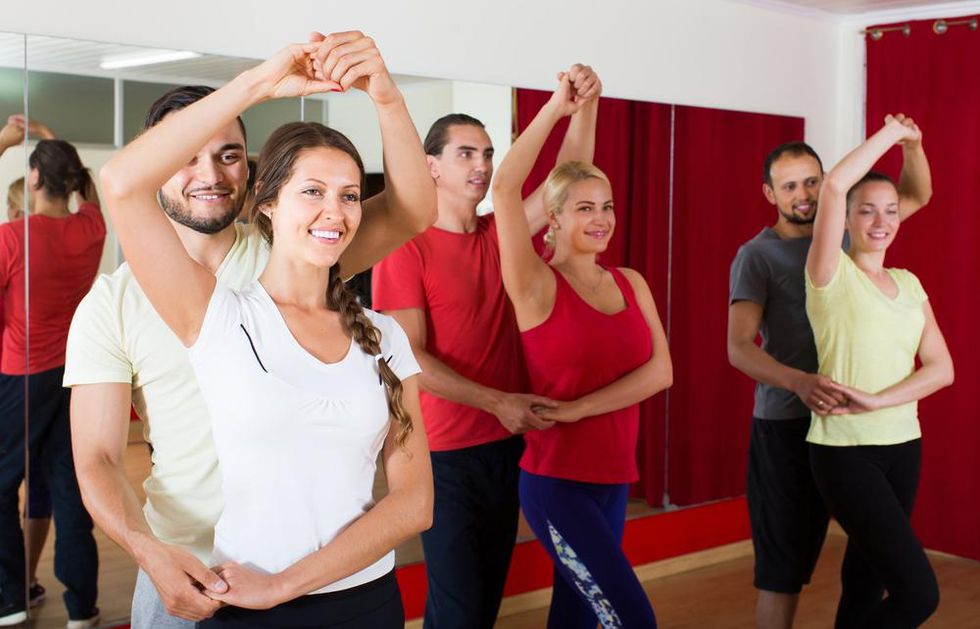 Salsa dancing also helped Lee release the stress he’d built up from a hectic work and school schedule. “Salsa is kind of like jogging, only fun,” says Lee. “In fact, you won’t even realize you’re getting a good workout until the end of the night, when you’re drenched in sweat and you’ve forgotten about all your problems.”

Best of all, Lee says, are the many friendships he has forged with other salsa aficionados. “Before I began coming to salsa gatherings, I was too shy to meet people,” he says, as if speaking about someone else. But times have changed, and today, although Lee has yet to show off his polished dance moves to his parents, he has grown confident enough to lead his church band and even stand up during public events and weddings to make a speech or toast. “All of my courage comes from my dancing,” he says.

On a sultry Tuesday night in May pre-pandemic, Lee got ready for an advanced salsa class at the Rhythm & Motion Dance Center in San Francisco, where instructor Gabriel Romero helped students work earthy Cuban moves into their dance repertoires. Lee smiled a little nervously as he took off his horn-rim glasses, then stretched his hamstrings and calf muscles before stepping onto the dance floor. Once he was there, however, the young student radiated pure confidence and sensuality. Leading one partner after another in a series of breathtaking double and triple turns, Lee followed Romero’s advice to put even more estilo, or style, into his movements.

“Rotate toward your left — no, your other left,” Romero said in mocking good fun as a few students swerve toward their right. He’s answered by bursts of laughter from his swirling students, who range from Latino and Asian to African American, Caucasian, and Pakistani. The styles of dress include everything from jeans and sneakers to spike heels and mini-skirts, but however they’re attired, all the dancers have mastered the syncopated steps that are the trademark of salsa.

Romero strolled around the room to see how individual students were doing. The slim, dark-eyed salsa prince has been teaching salsa for years and heads up the acclaimed Mambo Romero Dance Company, which has performed from Miami to Puerto Rico. He had also recently been accepted into law school. Catching a few men dancing with their partners while staring over their shoulders, he reminds students to keep their eyes on each other. “Fellas, you want to make sure you look good as you hold your partner,” he remonstrated. “Look straight into her eyes, because you’re communicating with her. This dance is about interacting.”

As Romero explained in his beginning classes, salsa is played in 4/4 time, but with a syncopated beat. The dance revolves around an artful but spontaneous choreography guided by the leader in a series of hip-rocking steps and twirls around the dance floor. Followers — usually women — are anything but passive, reacting to the most subtle cues and touch with their own moves. The word “salsa” — meaning spicy or hot — was first used to describe Latin dance music by Cuban songwriter Ignacio Pinerio in 1933. It’s now a catch-all term for several forms of Latin dance created by Puerto Ricans in New York and heavily influenced by Afro-Cuban rhythms. The result is a rhythmic, sensual dance that conjures up balmy nights and azure ocean waters, even in the track-lit modern dance studio in San Francisco.

As his flushed and glowing students packed their bags to go, Romero commented on the transformative powers of the dance. “I see people come into salsa classes very shy and keeping to themselves, and a year later they come in all styled out and whipping their hair around,” he said. “People explore sides of themselves they never knew they had.”

Romero feels there’s little mystery to salsa’s growing popularity. “People just become addicted to it,” he said. “Salsa is everything most people want to be — earthy, intimate, elegant, and interactive. And dancing is a way to achieve that, a very sexy way.” Not surprisingly, many of Romero’s students have found more than just “dancing” partners through the salsa milieu. “The scene just lends itself to people meeting other people and getting close,” he said. 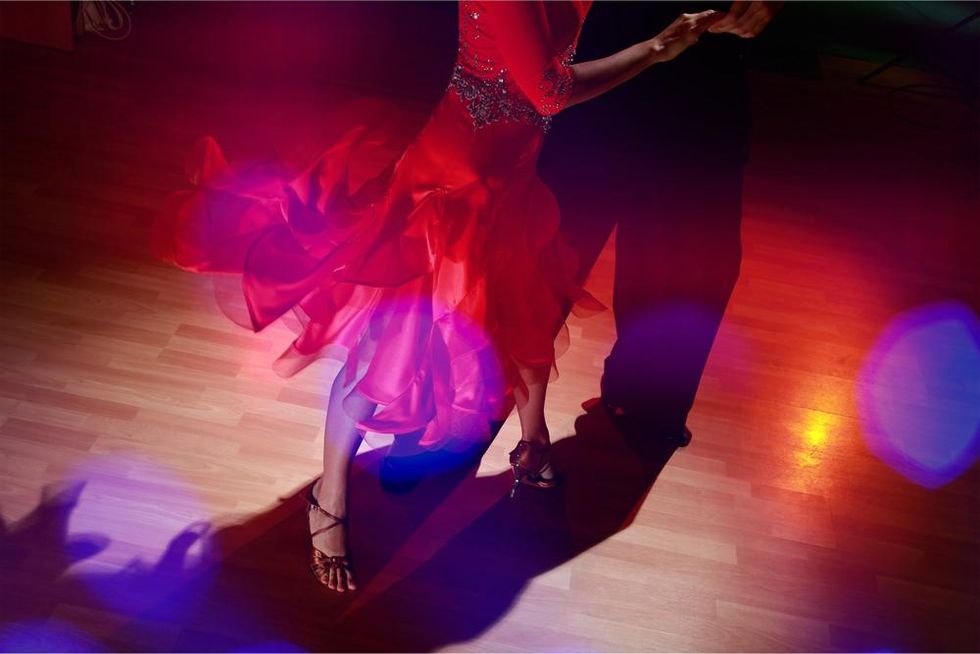 Some 1,700 miles away in Austin, Texas, Sandra Moro Sleeper is a salsa instructor who counts herself and her Texas students among the salsa-addicted. “I know I’m biased, but I think salsa is the greatest thing in the world,” says the 40-year-old mother of three. Sleeper, the daughter of Cuban immigrants, spends her evenings teaching and dancing. “When I dance, all my troubles go away,” she says. “When I go without dancing for more than three days, my mind and body suffer. Salsa does wonders for your self-esteem — not to mention your calf muscles, heart, and upper body,” she adds with a laugh.

As a girl, Sleeper recalls joining in lively dance sessions in the family living room. Her father, a native of Havana, enjoyed teaching his kids the moves to Afro-Cuban dances like the rumba, cha cha, and mambo. New waves of Cubans immigrating to the U.S. have helped fuel an explosion in Afro-Caribbean culture, including classes in the hottest new salsa moves straight from the streets of the Cuban capital.

Today, a look online reveals thousands of salsa classes of all levels and styles in cities and towns throughout the United States and Europe. Some are taught at dance studios and night clubs, others at gyms, YMCAs, and local community centers. For those interested in a more T-shirt-and-sweats approach to dance, classes at gyms, YMCAs, or community centers are a good option, according to salsa teachers. Whatever form of salsa you decide to pursue, the important thing is to have fun with it, says Sleeper, who recommends newcomers try out a few different classes and instructors until they find one whose style and sense of humor feel right for them.

Another popular option is to take classes offered at clubs, usually during the hour before a DJ or live band begin playing their Latin rhythms. In many cities, aficionados can find strobe-light salsa clubs that are open until midnight or later every night of the week. For the shy, there’s no need to worry about remaining a wallflower all night long. As in the community centers, these classes are almost always designed for beginners with or without a dance partner. During class, students are asked to rotate partners every five minutes, putting everyone on an equal footing. When the live music begins, students may find themselves dancing with someone they’ve just met in the class.

At her studio in Austin, Sleeper teaches one of the hottest styles of salsa currently sweeping the nation: “rueda de casino,” or “casino wheel.” The arrangement is another good option for beginners, she says, because it’s a high-spirited group effort, “kind of like Cuban square dancing,” and a great aerobic workout. In this style, dancers form a circle and change partners every few seconds, and the quick pace and coordination create an intense camaraderie among the students, Sleeper says. “We all support each other, we all make mistakes, and we all have fun,” she says. “By the end of the class you can’t tell who didn’t know how to do the dance before they came in.”

Salazar, Max. What Is This Thing Called Salsa?