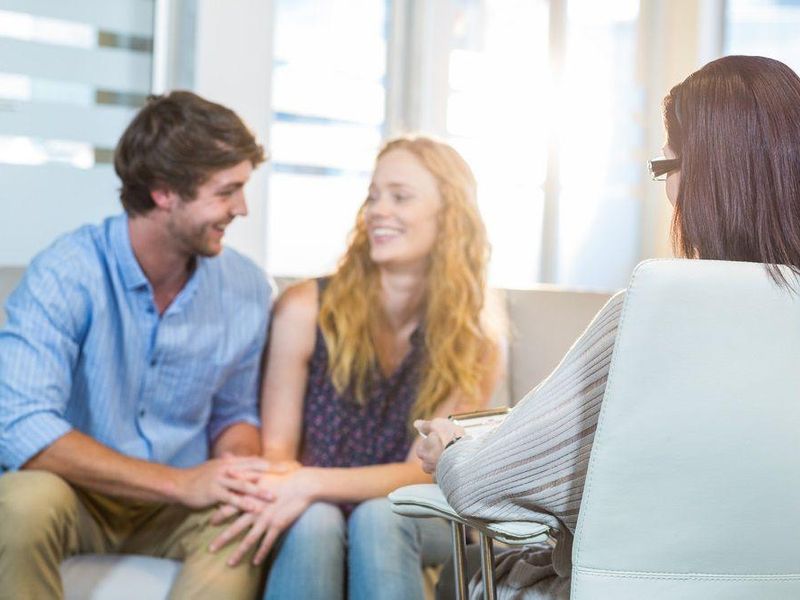 Love and commitment, most people would agree, are the essential ingredients of a good marriage.

Yet, as divorce rates still hover around 40 to 50 percent, there is a growing recognition among psychologists, therapists, counselors, and other professionals that this recipe often falls short for altar-bound couples.

A lack of listening skills

Some experts cite one main reason for this failure: lack of communication. Many of us lack the crucial listening and talking skills that can make or break a relationship.

This relatively new focus on practical, real-world communication skills is a departure from traditional therapy or counseling, which may not go much beyond helping people work through personal issues. It has spawned a host of premarital education programs around the country in secular and nonsecular settings, as well as the military.

Convinced that such efforts pay off in the long run, some states (Minnesota, Florida, and Tennessee among them) even offer incentives, like discounted marriage license fees, to entice engaged couples to enroll.

The “save your marriage before it begins” approach is not unlike an insurance policy. The thinking goes, it’s better to pay a small premium up-front by learning skills that could make a marriage last than to suffer the crushing psychological and financial costs of a failed relationship later on.

Typically, for a fee of several hundred dollars or less, couples meet as a group in a classroom setting for up to about 12 hours a day. The class may be held over a weekend, or may last several weeks. The curriculum might include printed materials, videos, and exercises that students practice in class or at home.

Couples learn from a qualified instructor about common marital conflicts and ways to overcome them. The key to resolving conflicts is knowing how to communicate constructively rather than destructively — that is, how to speak for yourself rather than your partner, or how to summarize a discussion to be sure you truly understand what your partner is saying.

“Many couples just wait too long to really pay attention to the relationship, to learn the skills and principles that are associated with having a good marriage,” says Denver-based psychologist Howard Markman, cofounder of PREP and co-author of 12 Hours to a Great Marriage. “That’s why we’re putting a lot of emphasis on getting education before marriage or at a transition point, like planning a first child.”

According to Markman, among the ways that couples can improve their odds of having a successful relationship, are eliminating negative styles of talking, and fighting so they can handle disagreements as a team. They learn to avoid put-downs and the “silent treatment,” to overcome unrealistic beliefs about marriage, and to compromise when they have conflicting attitudes about important issues like finances.

Although the common denominator is better talking and listening skills, different programs take different directions. One component of the marital education curriculum at the Center for Relationship Development at Seattle Pacific University involves pairing engaged couples and newlyweds with mentor couples who have been married at least 10 years.

“We think of it as an opportunity to peer into the lives of seasoned couples and see how they handle married life,” says psychologist Les Parrott, the center’s cofounder and co-director. This arrangement, he says, is less about advice-giving and more about mentors providing the kind of “objective sounding board” that most parents of couples simply can’t offer.

Another program, Couples Communication, uses physical tools to help people analyze their communication styles. Participants stand on a 30-by-30-inch mat illustrated with an “awareness wheel” divided into five zones: data, thinking, emotions, desires, and actions. A person steps from zone to zone as a way to physically self-monitor what he or she is saying at any given moment.

Program founder Sherod Miller, a psychologist in Evergreen, Colorado, says this kinesthetic approach speeds the learning of communication skills. It teaches a student not to confuse feelings with thoughts, for instance, and “creates new neural pathways.”
Danny Altizer, a 35-year-old high-tech consultant in Des Moines, Washington, and his wife, Christine, enrolled in Couples Communication at their church before they married in June 2001, and eventually went on to become certified instructors. The skills they learned in the course came in especially handy about two years later, he says, when stress threatened to sink their relationship.

They realized that, among other missteps, they were burying or hiding contentious issues instead of confronting them.

Before premarital education, “I believed I was a greater listener,” Altizer says. “But my wife and I quickly realized after taking the class that just because you’re listening doesn’t mean you’re hearing what’s being said.”