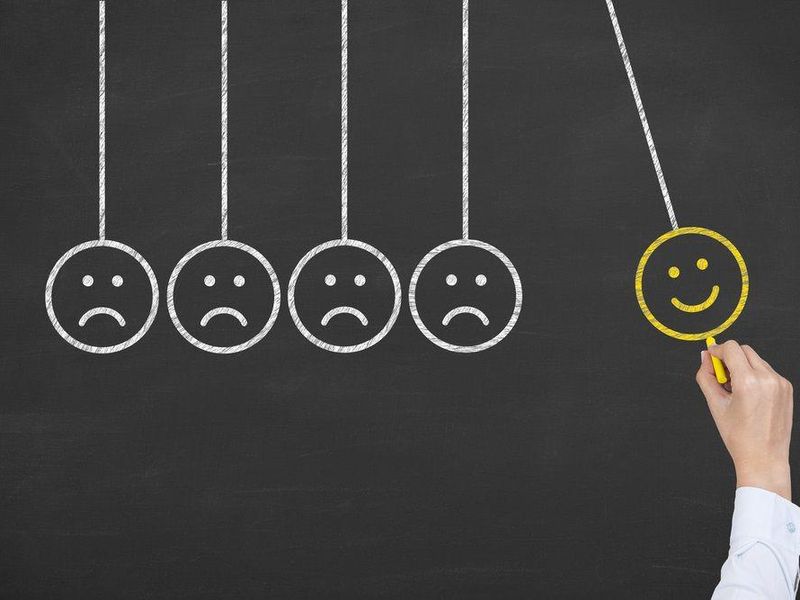 Mental health professionals make a living dealing with psychological ills that can cripple: Depression and delusions, phobias and obsessions. In the past, they paid little attention to positive emotions and personal strengths such as happiness and optimism, love and resilience.

In fact, one pioneer of positive psychology, Harvard psychiatrist George Vaillant, notes that psychiatric texts tend to focus solely on mental disease. Quoted in Harvard Magazine, Vaillant points out that one leading psychiatric textbook “has 500,000 lines of text [with] thousands of lines on anxiety and depression, and hundreds of lines on terror, shame, guilt, anger, and fear. But there are only five lines on hope, one line on joy, and not a single line on compassion, forgiveness, or love.”

But all that’s changing. In recent years, experts have begun to focus attention on the helpful and healthy traits of the mind, rather than its problems. This emerging field, called positive psychology, was officially launched in 1998. Since then, it’s led to new insights into the ways we think and live and how to nurture our healthiest attributes. We’re all capable of good feelings — we just need to learn how to find them within ourselves.

Often, when people experience mental health problems, understanding what creates positive emotions can give them the boost they need to get out of a rut, whether it’s a bout of depression or an ongoing crisis. In that sense, positive psychology is really an attempt to understand our basic nature and the activities that lead to happiness. An article in the journal American Psychologist from 2001 called positive psychology the “study of ordinary strengths and virtues.” By understanding the basics of positive emotions, experts hope to find ways to better treat mental illnesses and improve moods and outlooks.

In 1999, when Harvard University first offered a seminar in positive psychology, the class was composed of 20 people devoted to learning more about the nature of happiness. Today, the class is one of the college’s most popular, drawing about 855. Learning about the nature of happiness is catching on, even on Main Street. Psychologists are emphasizing the building blocks of positive psychology to their patients: finding meaning in work, learning to appreciate the people who care for you, and even understanding how hardship can teach invaluable lessons.

Positive psychology complements rather than replaces traditional therapy, in which goals include knowing yourself better, easing emotional pain and confusion, and developing better ways of coping. While you work to reduce unhealthy thoughts or behaviors, why not try building happiness as well? As researchers noted in the Annual Review of Clinical Psychology, “Troubled persons want more satisfaction, contentment, and joy, not just less sadness and worry.” In addition to “fixing what’s wrong,” the researchers say, professionals could help “build what’s strong.” With encouragement, even people who are clinically depressed can still form healthy relationships and feel a sense of accomplishment.

Encouraging positive feelings may seem like an obvious goal for psychologists, but for some, it actually goes against tradition. As noted in American Psychologist, most psychologists are trained to be highly skeptical of cheerful attitudes. Anything smacking of optimism was — and is — sometimes written off as “wishful thinking, denial, or hucksterism.”

In one symbolic break with the past, positive psychologists have put together a list of “character strengths and virtues” or CSV, as a counterpoint to the famous Diagnostic and Statistical Manual of Mental Disorders, or DSM, a comprehensive listing of mental illnesses. The common virtues listed in the CSV include kindness, fairness, authenticity, gratitude, and open-mindedness — traits valued by numerous cultures around the world.

Although the field is still young, there’s some evidence that positive treatments can help people suffering from depression. A study of nearly 600 mildly depressed adults conducted over the Internet found that simple thought exercises can increase happiness. Subjects who wrote down three good things that happened to them as well as the cause of their good fortune every night for a week felt happier six months later. Subjects who were asked to identify their top five character strengths and use them in new and different ways for a week also felt happier six months later. Writing in the American Psychologist, researchers noted that “six months is far from ‘happily ever after,’ but our results suggest that lasting increased happiness might be possible even outside fairy tales.”

Even the biggest proponents of positive psychology quickly point out its shortcomings. They readily admit that positive emotions aren’t always appropriate — sometimes it’s much healthier to be sad or angry. They also say that positive psychology will never completely replace other approaches to mental illness. At best, positive treatments will only be a part of a person’s recovery.

Nor can positive psychology address the consequences of certain severe obstacles people may face in their lives, such as those who live in war zones and conflict-ridden areas or suffer political oppression or extreme poverty, according to Tal Ben-Shahar, PhD, a psychologist who teaches positive psychology at Harvard University. Learning to be happy may be impossible for some, but most people in most situations can benefit from positive psychology, he says.

Happiness is a seemingly simple concept that’s surprisingly hard to define. Positive psychologists see three basic realms of happiness: short-term feelings of joy and pleasure, being engaged with others, and living a life with meaning. The most satisfied people around aim for all three, with a special emphasis on the last two.

Positive psychologists believe that broad-based happiness does more than make a person feel good and upbeat. Happiness actually drives a person to be more creative, productive, successful, and healthy. In that sense, positive emotions are a building material, not a window dressing. The benefits can be powerful and long-lasting. As reported in Applied Psychology, girls who appear to have genuine smiles in their freshmen yearbook pictures have higher levels of marital satisfaction 25 years later.

Another study found that nuns who expressed positive emotions in their journals as early adults were especially likely to be alive 60 years later. A study of nearly 1,000 older Dutch people found that optimism provided strong protection against dying of heart disease. According to a 2008 report in the journal Circulation, a study of more than 107,000 postmenopausal women who participated in the Women’s Health Initiative showed that the most optimistic of them tended to live longer and were less likely to have chronic diseases such as diabetes or high blood pressure.

Early investigations of positive psychology have uncovered some surprising truths about happiness. For one thing, happiness doesn’t have much to do with wealth, especially among people over the poverty line. Research also suggests that a lot of so-called “feel good” activities such as shopping and consuming good meals may be briefly satisfying but don’t really lead to any sort of long-term happiness. It seems that the most rewarding pastimes are the ones that let you “get in the flow.” Your mind becomes completely focused to the task at hand, you lose your self-awareness, and time just seems to disappear. The more moments like these you have in your life, the better.

Positive psychology has obvious appeal, but some experts worry that the approach can sometimes do more harm than good. James Coyne, PhD, a psychologist at the University of Pennsylvania, has publicly stated that the importance of a good attitude when facing a serious illness has been overemphasized. Coyne conducted a study of more than 1,000 cancer patients over nine years which suggested that positive thinking doesn’t really help people battle cancer. According to Coyne, patients with cancer who can’t muster much optimism might blame themselves for their disease or their slow recovery. As he told the Monitor on Psychology in 2008, “People have to do what’s comfortable for them, but they have to do it without the burden of thinking they’ve got to have the right attitude to survive.”

Coyne and others have also expressed concern that the field of positive psychology receives millions of dollars from the Templeton Foundation, a group that aims to promote links between science and religion. The worry is that psychologists receiving Templeton funding might feel pressured to overstate the importance of religion to well-being.

The controversy aside, positive psychology involves asking yourself some tough questions. In his book Happier, psychologist Ben-Shahar explains that becoming happier can be a lifelong pursuit.

Ben-Shahar describes a series of exercises designed to get readers thinking and acting to create a life that makes them happy, including:

There are dozens of exercises aimed a boosting your own positive psychology. But the bottom line is clear: Positive emotions such as joy, love, and satisfaction are good for you and within your reach.

As you do what you can to avoid getting sick — seeing your doctor regularly, eating well and exercising — you should also take steps to build lasting happiness. Do things that give you pleasure, stay engaged with those around you, and find meaning in your life and work. Getting the most out of your body and mind — now that’s something positive.

— Chris Woolston, MS, is a former staff writer for Hippocrates magazine who has written for Health and other journals. He writes The Healthy Skeptic, a biweekly column in the Los Angeles Times. He is also the co-author of Generation Extra Large: Rescuing Our Children from the Epidemic of Obesity (Perseus paperback, 2006).

Harvard Magazine. The Science of Happiness.