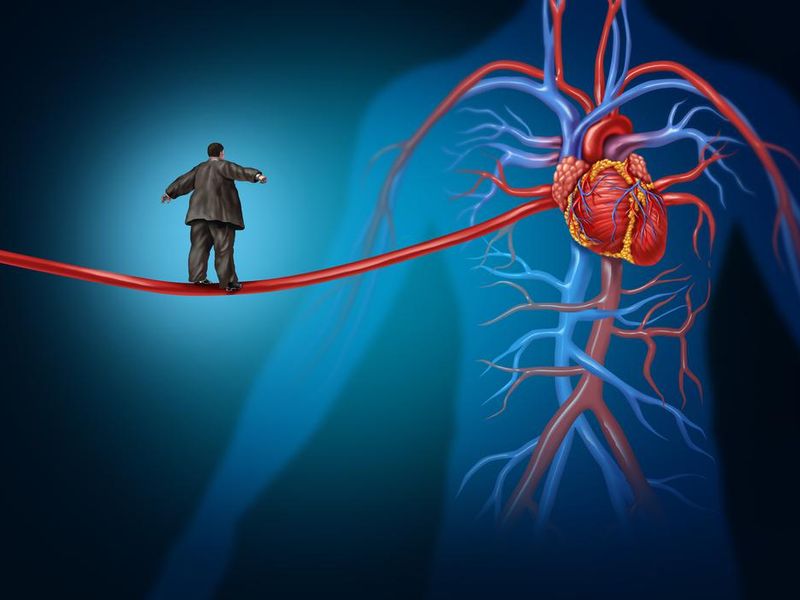 Want to know your vulnerability to heart disease? Like it or not, one of the best ways to know is to get on the scale. If you’re unhappy with what the scale tells you, you’re not alone. Despite our national obsession with thinness, Americans are heavier and less active than ever before. Over half of us are overweight, and self-esteem isn’t the only thing at stake. Even a few extra pounds can be hard on your heart. If you’re on the heavy side, you have the power to reduce much of that danger. By losing weight, you can give your heart a well-deserved break.

How much weight is too much?

Perceptions of fat and thin can change with the times. For an objective view, doctors use a measure called body mass index (BMI). A 5-foot, 10-inch person who weighs 175 pounds has a BMI of 25, generally considered the upper limit for a healthy body. An extra 30 pounds would push him or her to a BMI of 30, a number that signals a serious weight problem. At 245 pounds, the person would reach a BMI of 35 and would be considered extremely obese.

The biggest shortcoming of the BMI measurement is that it can’t distinguish fat from muscle. A chiseled 6-foot-tall football player could easily have a BMI over 30, but no one would call him dangerously overweight. But when extra weight comes from fat, not muscles, even a small climb in BMI can make a big difference to the heart.

A study of nearly 116,000 nurses published in the Journal of the American Medical Association found that moderately overweight women (BMI between 25 and 28.9) were twice as likely as slender women (BMI less than 21) to develop coronary heart disease. For women with a BMI over 29, the risk nearly quadrupled. Likewise, a study of more than 29,000 middle-aged men found that a little heft (BMI between 25 and 29) led to a 70 percent increase in coronary heart disease.

In addition, research by the National Heart, Lung and Blood Institute adds more evidence that extra weight is bad for your heart: in a study of over 5,000 participants, the risk of heart failure increased with each additional point of a participant’s BMI (about 4 to 8 pounds). Men experienced a 5 percent risk increase with each additional point of BMI, while women had a 7 percent increase. In general, researchers found that the risk of heart failure was 34 percent higher for overweight individuals and 104 percent higher for people classified as “obese.”

Over the past 40 years, there has been a marked rise in obesity in the United States, which experts associate in large part with overeating, a rise in fast food consumption, and a sedentary lifestyle in which many Americans do little more than walk to and from their cars. Today, nearly 34 percent of American adults are considered obese (that is, they have a BMI over 30). That’s a lot of people with a higher-than-normal risk of developing heart disease.

Despite the increase in obesity, only 42 percent of overweight adults have been told by their doctors or healthcare workers to lose weight, according to a report in the Annals of Internal Medicine. In another recent survey, the National Consumers League (NCL) found only 12 percent of U.S. adults had been told by a doctor or other healthcare professional that they were obese. In fact, the NCL survey found that most obese respondents thought of themselves as merely overweight.

That’s the reason why government health officials at the U.S. Preventive Services Task Force recommend that doctors assess patients to determine their BMI. If they’re obese, they should make weight loss counseling part of their talks.

How does being overweight harm the heart?

An extra-large body needs an extra-large amount of blood. When you gain weight, your heart has to pump more blood than it did before. Instead of beating more often, the heart grows slightly larger so it can move more blood with each beat. It’s like a faucet that’s been opened up a notch. The increased flow often leads to high blood pressure, which is a major cause of heart disease.

Even if your blood pressure doesn’t climb, your heart can suffer from the extra workload. When the chambers of the heart grow larger, they slowly lose some of their squeezing power. Eventually, they may not be able to completely empty themselves with each beat. As blood starts pooling in your heart, you can develop congestive heart failure.

Excess body fat can set off a cascade of other changes in the body that raise the risk of heart trouble. If the fat is distributed in the midsection, the risk is higher; a waist measurement of more than 35 inches in women and 40 inches in men spells an increased risk of cardiovascular disease. Large amounts of belly fat can blunt the effects of insulin, making you vulnerable to type 2 diabetes, a condition that seriously threatens the heart. Extra fat in the body can also lead to extra fat in the blood. Overweight people often have high levels of artery-clogging LDL cholesterol. If too much cholesterol sticks to your arteries, a condition called atherosclerosis, you can suffer a heart attack or a stroke.

Extra weight can also be a sign that you’re hurting your heart in other ways. Many people are overweight because they eat high-fat diets and shun exercise. Other people who gained weight with pregnancy and age have found it difficult to get back on an exercise regimen. No matter how much you weigh, fat-filled foods and lack of exercise can damage your arteries and weaken your heart.

Finally, even taking into account its contribution to high blood pressure, excess cholesterol, and glucose intolerance, obesity alone is still associated with an increased risk of heart disease, according to a recent study published in the European Heart Journal.

What can I do to protect my heart?

Even if a lean, trim body seems like an impossible goal, a healthier heart is well within your reach. If you can lose just 10 to 20 pounds, your blood pressure will drop, your heart will shrink to a more normal size, your body will make better use of insulin, and your cholesterol levels will improve.

Many studies have cited the number of premature deaths due to complications from being overweight, such as diabetes and hypertension. If you shed some pounds and rein in your blood pressure and cholesterol, you’ve done your heart a big favor.

Lots of pills and diets promise to make the pounds fly away, but the slow and steady approach is still the best way to achieve long-term weight loss. By combining regular workouts with a low-calorie diet, you can reduce your weight by 10 percent in about six months. At a minimum, the American Heart Association and the Centers for Disease Control and Prevention (CDC) recommend 150 minutes of moderate exercise, or 60 to 75 minutes of vigorous exercise, each week. On at least two of those days, the CDC recommends muscle strengthening workouts that exercise all the major muscle groups. You should also aim to burn 500 to 1,000 calories more than you eat each day. It’s hard to control your weight, and even harder to lose those extra pounds, but don’t give up. After a physical check-up, start by incorporating 5 minutes of exercise into your daily routine, whether it involves a walk during your lunch break or doing errands on foot. Add a few minutes more each week until you’re getting 150 minutes of movement each week. The key is figuring out what it takes to make exercise a permanent part of your life, whether that means getting an exercise buddy, taking a dance class, or just walking rather than driving whenever possible.

Even if you never manage to lose a single pound, exercise and a healthy diet can offer potent protection for your heart. It’s possible to be fit even if you’re above your ideal weight. In fact, a few recent studies suggest that overweight people who are physically fit may actually live longer than those who are lean but inactive.

Extra weight isn’t a personal failing, and it isn’t a death sentence. But it is a strong warning. Now’s the time to take that warning seriously. With a few healthy lifestyle changes, you can remove a heavy burden from your heart.

National Consumers League. New Obesity Survey: Many Americans Think They’re “Lighter” Than They Are, Most Not Being Told by A Doctor They Need to Lose Weight. June 2007. http://www.nclnet.org/news/2007/obesity_survey_06192007.htm

Centers for Disease Control. How Much Physical Activity Do Adults Need? December 2008. http://www.cdc.gov/physicalactivity/everyone/guidelines/adults.html