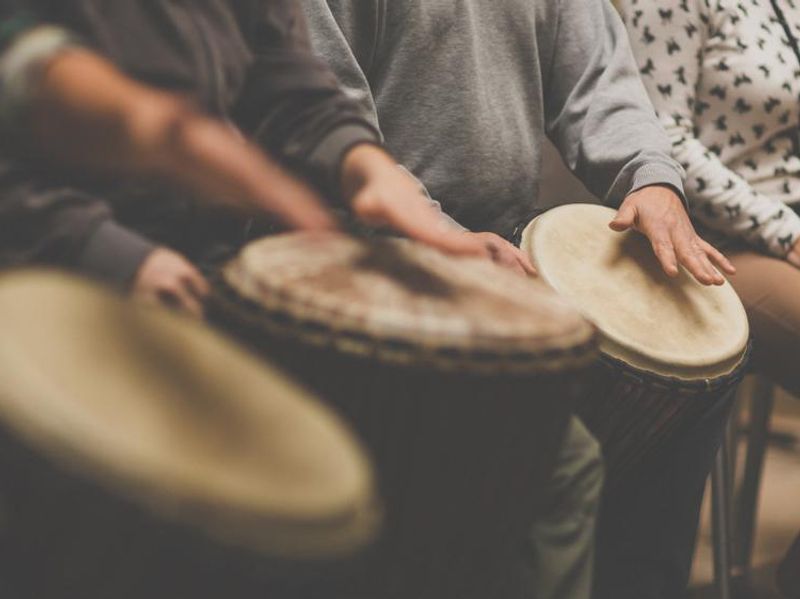 What is music therapy?

Hospitals around the country now make use of Mozart and Beethoven as well as morphine and bandages. Although the “Moonlight Sonata” certainly sounds better than the normal din of a hospital ward, the music isn’t there for entertainment. It’s being played because many nurses and doctors believe that a good dose of it can ease pain, reduce anxiety, and even protect the heart.

There’s no doubt that music is capable of lessening the anxiety often felt by seriously ill patients. A recent study from the University of Wisconsin at Milwaukee reported that heart-attack survivors in a hospital ward said they felt less anxious immediately after listening to classical music. And the change was reflected in their bodies. Within a short time, their heart rates slowed from an average of 79 beats per minute to 71, and the average number of breaths they took dropped from 17 to 16 per minute. They also showed an increase in something called “heart-rate variability,” a sign that their hearts were growing stronger and more flexible.

As the leader of the University of Wisconsin study pointed out, anxiety can pose a serious threat in a heart ward. When you’re under stress, your body releases epinephrine, norepinephrine, and other compounds that set your heart racing and increase the risk of complications. By distracting patients from their fears and focusing their minds on something infinitely more soothing than memories of a heart attack, music may even help save their lives.

Much as music lessens anxiety, it can also ease pain. In a study of 500 surgery patients recovering in hospitals, researchers at Case Western Reserve University found that those who listened to music or learned relaxation techniques felt far less pain than those who did neither. (The listeners chose among orchestral music, slow jazz, and music played on a synthesizer, harp, or piano.) What’s more, patients who listened to music clearly enjoyed the treatment: 96 percent said they’d recommend the same thing to others recovering from surgery.

That music can change body chemistry has been confirmed by a University of Miami School of Medicine study of a group of Alzheimer’s patients. The researchers found higher melatonin levels in the patients’ blood after they had had a 30- to 40-minute morning session of singing and other music therapy five times a week for a month. Before the study began, most patients had shown some agitation, including repetitive talk and body movements. The researchers observed that patients were talking and interacting more with fellow patients and their therapists after the sessions, and speculated that increased melatonin levels may have contributed to the patients’ relaxed and calm mood. Music therapy, the authors concluded, “may be considered among the important resources for enhancing melatonin release…and for unlocking and restoring the expression of emotional connections with our deeper self, whether in a state of health or disease.”

Even very young patients seem to appreciate music. Florida State University researchers who studied 40 premature babies in a neonatal intensive care unit found that playing Brahms’ “Lullaby” for 15 to 30 minutes a few times per week increased weight gain in both boys and girls and shortened the girls’ time in the hospital.

What type of music works best as therapy?

Most people get their music therapy from recordings, but live music may be even better. In one study at the Memorial Sloan-Kettering Cancer Center, 50 cancer patients listened to either 25 minutes of recorded music or the same pieces performed live at their bedsides. The patients who heard live music reported less physical discomfort, anxiety, and tension than their counterparts.

As for musical genres, a few studies suggest that slow orchestral music works best. In general, music in which there’s about one beat per second, has many low tones, and a lot of strings but not much percussion and brass is probably a better choice than, say, Metallica or John Phillips Sousa. But you know better than anyone what kind of music makes you feel good. Anytime you feel pain, tension, or nervousness, your favorite album, whatever it is, can only help.

Do you have to be a fan of music to benefit from music therapy?

Definitely not. Humans seem to have an innate sensitivity to music, even if it has no place in their daily lives. One patient in the University of Wisconsin study said he never listened to music; when he turned on the radio, he always chose talk shows. The day after he received music therapy, he asked his wife to bring some recordings to his room.