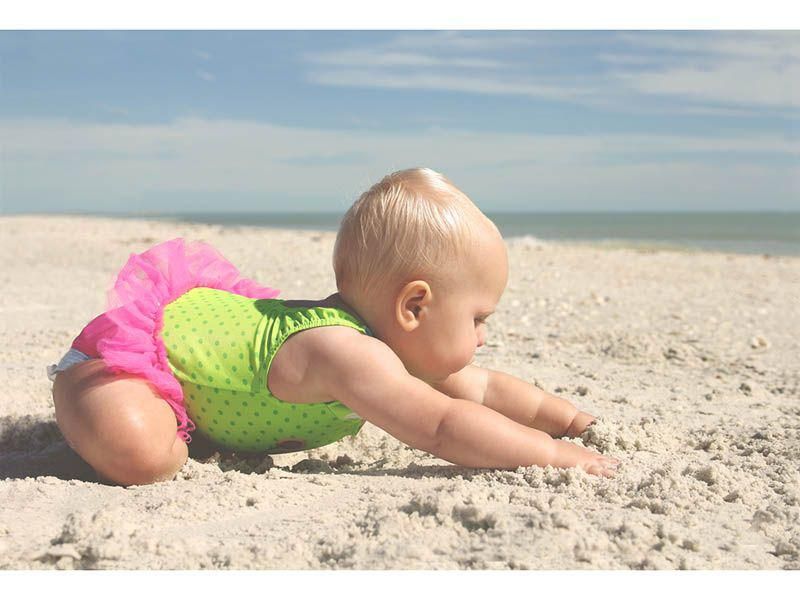 Your baby is at an active, exciting, and unpredictable age. Will he be content to crawl, scoot, and cruise through the month, or will he start walking before he turns one? About one in four babies take their first steps by their eleventh month. Meanwhile, other perfectly healthy babies don’t start walking until month fifteen or sixteen.

Early walkers aren’t necessarily more athletic or coordinated than late walkers. A baby who takes his first steps at eleven months may be especially restless and motivated to explore his world. At the other end of the spectrum, a late walker may just be the easy-going type. As a parent, you may want to see your baby develop ahead of schedule. But there’s a lot to be said for the late-bloomer, too. It’s a lot easier to cause trouble when you can move on two feet.

You can probably already tell whether or not your baby is on the verge of a walking breakthrough. If he hasn’t really mastered the art of cruising, he probably isn’t ready to walk. But if he’s moving confidently along the couch, watch out for the next big step. He may suddenly let go of his support and stand briefly by himself. He’ll look amazed and bewildered before he topples to the floor or back to the couch.

Walking can be scary at first, so he’ll probably be glad to have a little help. Try holding his hands while he stands up. He may be able to take a few steps with your help, but don’t press him to go farther unless he obviously wants to.

When he starts standing on his own, he may lean on the inner sides of his feet. It looks funny, but don’t worry. When he gains more balance and has stronger ankle ligaments, he’ll stand up straight on the soles of his feet.

If your baby is already cruising confidently along the furniture but not yet walking on his own, he may be ready for a push toy. Unlike a walker, a push toy lets him exercise the muscles he’ll need for walking. Make sure the toy is sturdy enough to hold him up. You should also be sure to have a camera ready. He’s bound to have a wildly happy look on his face when he finally gets that thing rolling.

As your baby gets more mobile, baby-proofing your home becomes that much more important. You probably already removed all sorts of hazards to protect your little crawler, but have you looked around lately? If your baby is walking, all sorts of new dangers may be within reach. You’ll have to make sure that all low-lying drawers and cupboards with dangerous items are securely latched. You’ll also have to put locks on some doors, especially doors that lead outside. And even if your baby seems to be confident on the stairs, he’s not ready to use them by himself. Put sturdy safety gates at the top and bottom and watch him carefully when he goes near them.

Dramatic moves like walking and cruising may get most of the attention, but your baby is also making important progress in other, more subtle ways. For one thing, his fingers are getting much more nimble and capable. He can pick up all sorts of things. And once he has something in his hands, there’s a good chance it will soon be airborne. At his age, just about every toy is a flying toy. This is a good time to surround him with balls and other soft things that won’t damage your floor — or your eardrums — when they make their crash landings.

You’ll definitely notice his improved dexterity at meal-time. He can pick up his finger foods with ease. And even though he’s getting more capable with his spoon, he’s still likely to make a big mess as he digs into his applesauce or pudding. If he doesn’t seem to be eating much, you can sneak a few spoonfuls into his mouth between his own efforts.

You need and deserve a little time to yourself, but you should resist the urge to park your mischief-maker in a play pen or high chair for long periods of time. He needs to keep moving and exploring. Even his motor will run out sometime, and you can both get the rest you need.