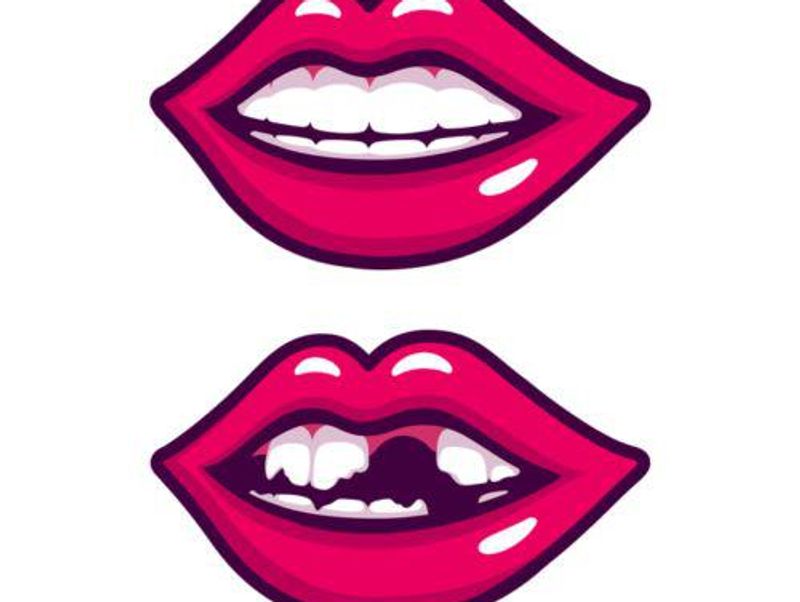 Few methamphetamine users fit the stereotype of the gaunt, twitchy addict. Some users take the drug in plush offices or lavish houses. Some wear suits or even the white coats of the medical profession. But whether a user looks like a CEO, a vagrant, or a soccer mom, there’s a chance that the addiction is on display when he or she smiles.

As methamphetamine use became rampant over the past few decades an estimated 13 million Americans have tried it at least once, and dentists have seen a shadow epidemic of “meth mouth,” decay worse than anything they normally see in their practice.

For a dentist, the signs of meth mouth usually aren’t hard to spot. In the early stages, the teeth are flecked with black spots of decay, says Eric Curtis, DDS, a dentist in Safford, Arizona, and past associate editor of the Academy of General Dentistry.

Unfortunately, some methamphetamine users don’t get dental care until they are either in jail or in a rehabilitation program. By then, their teeth may have turned black and rotted all the way down to the gum line, Curtis says.

“At that point, all I can do is pull out the teeth and put in dentures,” he says.

Media reports of methamphetamine-related dental problems often mention the nasty chemicals found in the drug, such as lye and battery acid. But these chemicals don’t seem to damage teeth directly, Curtis says.

The drug comes in the form of a white crystalline powder that can be smoked, swallowed, snorted, or injected and goes by any number of names: “Crystal,” “crank,” “ice,” and “glass” are a few. The real damage comes from two different directions, Curtis says. Like many other stimulants, methamphetamine reduces the production of saliva, the mouth’s main defense against the acid-producing bacteria that cause cavities. Saliva neutralizes these harmful acids and washes away food that feeds the bacteria.

Compounding the problem, the drug encourages behaviors that could make up a how-to manual for ruining teeth. Meth users, for example, often go on regular sugar binges. As Curtis puts it, a meth addict’s daily diet could easily include a 12-pack of Mountain Dew. Also, since meth is a powerful stimulant, meth users often grind their teeth, according to a report from the Academy of General Dentistry. Finally, as the AGD reports, some people in the throes of an addiction though certainly not all — neglect basic hygiene, including regular tooth brushing.

Crystal meth is extremely popular in the club circuit. As reported in various publications over the past decade, many meth users are not only vulnerable to the drug’s ravages to their teeth but are prone to having unsafe sex while on meth. As a result, numerous experts worry that the drug is fueling the spread of HIV in addition to ruining lives in other ways.

Stories abound of formerly successful meth users losing everything to the drug. A lawyer told The New Yorker magazine that meth made him feel so attractive, young, and powerful that he quickly lost his house, his job, and his Mercedes to feed his addiction. “Crystal destroyed my life,” the man told the magazine. “The more I used it the more I needed it. Crystal tells your brain to go back and get more, more, more. The logical side of your mind is saying, ‘I can’t keep doing this,’ but you are still on your way to the dealer’s house.’ “

At a time when meth use is responsible for crime, destroying families, and filling up prisons, a few extra cavities here and there may not seem like a big deal. But “meth mouth” is more than just a dental problem, Curtis says. Black spots on teeth can be a wakeup call for users and the people around them. By the time teeth start to rot, methamphetamine use has clearly gone too far. “It’s a symbol of the larger destruction that meth can cause in a person’s life,” he says.

The mark of meth addiction can also make it hard for users to reclaim their lives. Curtis performed a series of cosmetic procedures on a recently released inmate who was ready to start looking for work. “It was his way of saying ‘I’m turning my life around,’ ” Curtis observed.

Meth mouth is almost always treatable. Most addicts can regain their smiles with fillings, veneers, or dentures. It may be the first step to recovering their lives entirely.

Interview with Eric Curtis, DDS, a dentist in Safford, Arizona, and a spokesman for the Academy of General Dentistry

Academy of General Dentistry. This is your mouth on meth. Any Questions? AGD Impact.