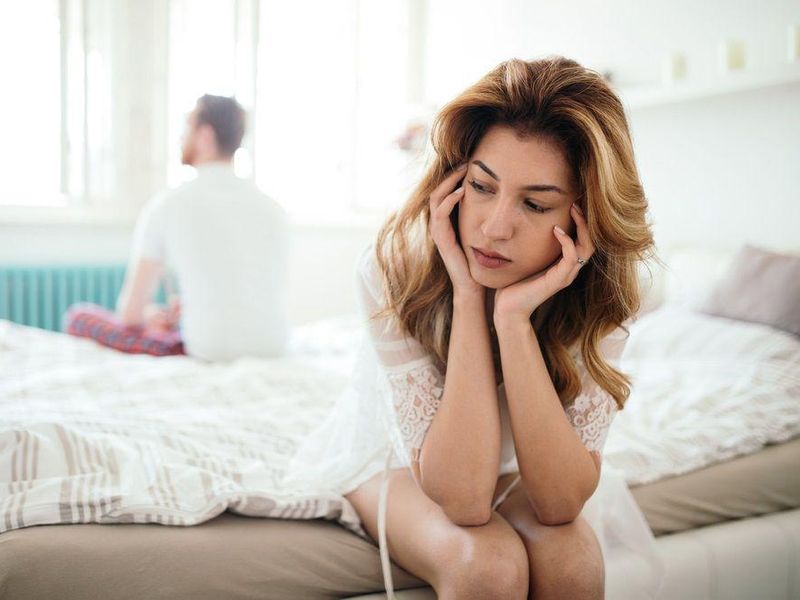 If you’re married, you already know that your spouse is an enormous influence on your life. What you may not realize is that he or she also can also have a profound effect on your health.

A study published in the journal Physiology and Behavior noted that the simple act of being married can add years to a person’s life. Marriage can even lower the risk of all sorts of diseases, including cancer, high blood pressure, heart disease, and the flu. Caring spouses often encourage each other to eat right, exercise, take vacations, and choose a healthy lifestyle. Close and supportive companionship also acts as a buffer against stress and all of its physical and emotional consequences.

On the other hand, unhappy marriages can drag partners down in body and spirit. Fights (both heated and long-simmering), uncertainty about the future, unequal workloads, and a basic lack of compatibility can all generate unhealthy levels of stress. As researchers noted in Physiology and Behavior, the impact of marital stress on health is “similar in magnitude to more ‘traditional’ risk factors,” such as physical inactivity and smoking.

The gender gap in marriage

Despite the common stereotype of the groom who has to be dragged to the altar, men have the most to gain from marriage in terms of health. As reported in Physiology and Behavior, marriage can increase life expectancies for both genders, but this benefit is five times stronger for men than for women.

At the same time, women have the most to lose when the marriage is unhappy. Starting at about age 40, women tend to feel more marital stress than men, according to a report in the Journal of Gerontology. (For younger married couples, both men and women seem to be equally affected by marital stress.) The reasons for this age-related gender gap aren’t known, but the impact is sadly clear. As the following studies suggest, marital stress takes a larger toll on women’s health.

While there’s no standard definition of a happy marriage, researchers at San Diego State University and the University of Pittsburgh likely came close when they followed the marriages of nearly 500 women for 13 years. The researchers asked women to rate the quality of sex and communication in their marriage, and the amount of time they spent with their husbands. They also asked if the marriages were compatible in terms of lifestyle, temperament, and interests. For the sake of the study, marriages that scored poorly in these categories were considered “unsatisfying,” while those that scored well were considered “satisfying” — terms that probably wouldn’t draw any arguments from the women.

As reported in the journal Health Psychology, the study found that the women in unsatisfying marriages seemed to be walking targets for heart disease. Compared to women in satisfying marriages, they had higher blood pressure, higher cholesterol, and higher body mass indexes. They also suffered from higher levels of depression, anxiety, and anger. As the researchers noted, each of these physical and emotional pitfalls raises the risk of heart disease — and each can be fueled by stress.

The dangers of marital stress aren’t merely hypothetical. A study of nearly 300 women with heart disease published in the Journal of the American Medical Association found that marital stress — by itself — tripled the risk of heart surgery, heart attacks, or death in the following five years. Just as remarkably, a study of 189 men and women with congestive heart failure published in the American Journal of Cardiology found that survival depended just as much on the quality of the marriage as the severity of the disease. Repeating a common theme, this study found that marital quality had a larger impact on women than on men.

In sickness and in health

The immune system tends to falter in times of stress, and marital stress is certainly no exception. As reported in Physiology and Behavior, studies have found that germ-fighting cells tend to surrender when couples fight. Women (and, to a lesser extent, men) in unhappy marriages are especially vulnerable to infectious diseases. And if they have a wound — perhaps from an accident or surgery — it can be unusually slow to heal.

Before tying the knot, both men and women should know what’s truly at stake. Especially for women, a bad marriage may be worse than no marriage at all. As reported in Health Psychology, the stress of an unhappy partnership can potentially wipe out any health benefit a woman might gain from marriage. On the other hand, both men and women can improve their health by marrying wisely, working hard on solving marital problems, and avoiding cataclysmic conflicts. It’s as simple — and as difficult — as that.

Robles TF and JK Kiecolt-Glaser. The physiology of marriage: pathways to health. Physiology and Behavior; 79: 409-416.

American Psychological Association. Marriage appears to be beneficial to women’s health, but only when marital satisfaction is high, new research shows. http://www.apa.org/releases/maritalbenefit.html

Holt-Lundstad J. et al. Is there something unique about marriage? The relative impact of marital status, relationship quality, and network social support on ambulatory blood pressure and mental health. Annals of Behavioral Medicine. 35(2):239-44.