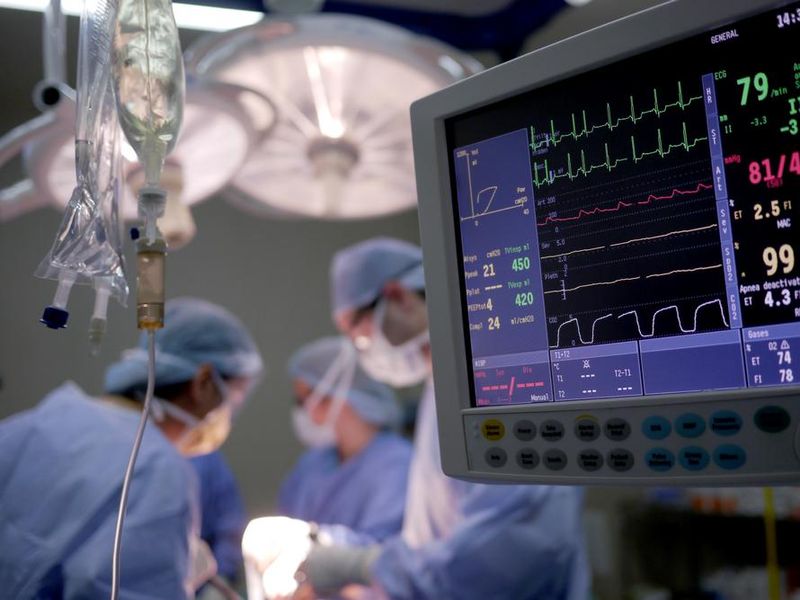 Do I need heart bypass surgery?

Many people with coronary heart disease owe their lives to heart bypass surgery. In this operation, a surgeon uses a vessel from another part of the body to create a detour around a blocked artery, thus restoring blood flow to the heart. A report in the Journal of the American College of Cardiology called the operation — first pioneered in the 1960s — “one of the great success stories in medicine.”

The accolade is well deserved, but not everybody with coronary heart disease needs this operation. Many people can control their disease through diet and exercise, and others benefit from medication, angioplasty, or other nonsurgical treatments. After examining all the pros and cons of each approach, you and your doctor can decide on a treatment that’s right for you.

What are the benefits of bypass surgery?

Bypass surgery can quickly cure the symptoms of coronary heart disease, including disabling bouts of angina (chest pain). The relief usually lasts 10 to 15 years, after which point the patient may need another bypass if more blockages occur. And if you have a severe case of coronary heart disease — for instance, you have several blocked arteries and some weakness in your left ventricle — bypass surgery could extend your life.

What are the drawbacks of bypass surgery?

Like any other major operation, heart bypass surgery carries some risks. In fact, a small number of patients don’t survive the operation. The death rate is less than 1 percent for patients who are under 65 and in relatively good health, but it climbs steadily for older patients and patients with damaged hearts, diabetes, or previous heart surgeries.

By briefly interrupting the normal flow of blood, bypass surgery opens the door to several severe complications. According to a report in the Journal of the American College of Cardiology, about 3 percent of all patients will have a stroke during the operation and another 3 percent will lose some mental sharpness. A 2006 study at Duke University Medical Center found kidney damage after heart surgery on the rise. The Duke researchers analyzed 5 million hospital discharges and found kidney failure increased fivefold during the study period. They estimated about 20,000 cases occur each year. Complications are especially common in older patients and those with diabetes, hypertension, unstable angina, arrhythmia, heart failure, or previous bypass surgeries.

In recent years, more surgeons are performing the surgery off-pump, meaning the heart continues beating while the bypass graft is attached. This may reduce the risks of bleeding and renal complications. However, the American Heart Association notes that both techniques can provide excellent results and says that a large-scale trial is needed to determine which procedure is superior.

Remember, bypass surgery is not a cure. Unless patients take other steps to control the buildup of plaque in their arteries, the bypass will meet the same fate as the original artery. Half of all vein bypasses become clogged with plaque within 10 years. Arterial bypasses are now being used more often for bypass surgery, and the arteries are less likely to be clogged after 10 years.

What are the alternatives to bypass surgery?

If you have severe coronary artery disease, bypass surgery may be your best hope for survival. Most patients, however, will have several other options to consider.

Balloon angioplasty is one common alternative to bypass surgery. In this procedure, a doctor threads a tube called a catheter through the clogged artery. Once the catheter is in place, a small balloon is inflated to widen the artery. The doctor then removes the catheter and balloon, but may leave in place a small metal scaffold, called a stent, to keep the artery from clogging again. Like bypass surgery, angioplasty restores blood flow to the heart and eases symptoms of coronary heart disease.

And, like bypass surgery, angioplasty can help keep you alive. Researchers at Emory University proved that point in a study of nearly 400 patients with mild to moderate coronary heart disease. By current guidelines, all patients were eligible for either angioplasty or bypass surgery. Patients were randomly chosen for one of the two procedures. According to the April 2000 issue of the Journal of the American College of Cardiology, patients from each group were equally likely to be alive eight years later. A 2007 systematic review of 23 randomized, controlled trials found that 10-year survival rates are similar for both treatments. Bypass surgery was more effective in relieving angina and required fewer repeated treatments, but had a higher risk of stroke during the procedure.

Medications that lower blood pressure and cholesterol are another alternative. Heart drugs such as beta blockers and angiotensin-converting enzyme (ACE) inhibitors can relieve angina and ward off heart attacks. If you have high cholesterol, statins or other cholesterol-lowering drugs can slow down the buildup of plaque and greatly reduce your risk for a heart attack. Your doctor may also recommend a daily dose of aspirin. By thinning the blood and preventing blood clots, this humble pain-reliever provides powerful protection to your heart.

If I change my lifestyle, can I avoid heart surgery?

It depends on your heart condition, but some experts believe that many people with heart problems can overcome them with a heart-healthy diet, exercise, relaxation techniques, and other lifestyle changes. For instance, a program for heart patients designed by Dr. Dean Ornish — a combination of stress reduction, regular exercise, and an extremely low-fat diet — has been shown to relieve angina rapidly and cut the risk of a heart attack roughly in half. The program has even been shown to reverse heart disease in some patients by modestly reducing the thickness of plaque in clogged arteries. Ornish also advocates teaching heart patients better communication skills to “open their hearts,” citing numerous studies on the heart-protecting benefits of closeness and intimacy.

To keep heart disease from progressing, or even to reverse it, heart patients need to cut back or eliminate saturated fat (found in animal products such as butter, whole-milk, eggs, and meat) from their diets. Equally important, you should avoid trans fats, which can also wreak havoc on your cholesterol.

But some fats are actually good for your heart. Research shows that some “good fats,” such as omega-3 fatty acids found in fatty fishes such as salmon, may also help lower cholesterol and help prevent or mitigate heart disease. A report in the Journal of the American Medical Association in 2006 noted that modest consumption (one or two servings per week) of certain kinds of fish reduces the risk of coronary death by 36 percent. Another study involving 20,000 US doctors reported that those who reported eating fish at least once a week were half as likely to die of sudden cardiac death as those who ate fish only once a month.

Experts speculate that because omega-3s have an anti-inflammatory effect throughout the body, they may ease inflammation of the arteries. They also appear to raise “good” HDL cholesterol levels, which helps fight the plaque that tends to clog arteries. So, while lowering the overall amount of fat in your diets, you may want to talk with your doctor about taking omega-3 fish oil supplements or adding fish to your diet. Remember, fish contains mercury and other contaminants, but the benefits of moderate consumption appear to outweigh the risks.

Of course, a heart-healthy lifestyle makes sense no matter what treatment you receive. If you smoke, eat a high-fat diet, and shun exercise, any procedure or medication will be a temporary fix at best.

Many people worry that their doctors may hastily recommend bypass surgery without fully exploring other options. But according to a report in the March 1, 2001 issue of the New England Journal of Medicine, the opposite seems to be true. The study found that 43 percent of patients who were good candidates for bypass surgery (meaning patients with severe coronary heart disease) never underwent the operation, often because their doctors recommended other treatments.

Choosing the right treatment for your heart problems can be difficult — for you and for your doctor. In 2009, a group of heart organizations issued guidelines to help doctors determine precisely when heart surgery is appropriate. The treatment of coronary artery disease depends on many individual factors, including the location of the blockage(s), whether you have diabetes, and your overall heart function. That’s why you should learn everything you can about your condition and be prepared to ask many questions. You may even want to seek a second opinion. In the end, information may be the best remedy of all.