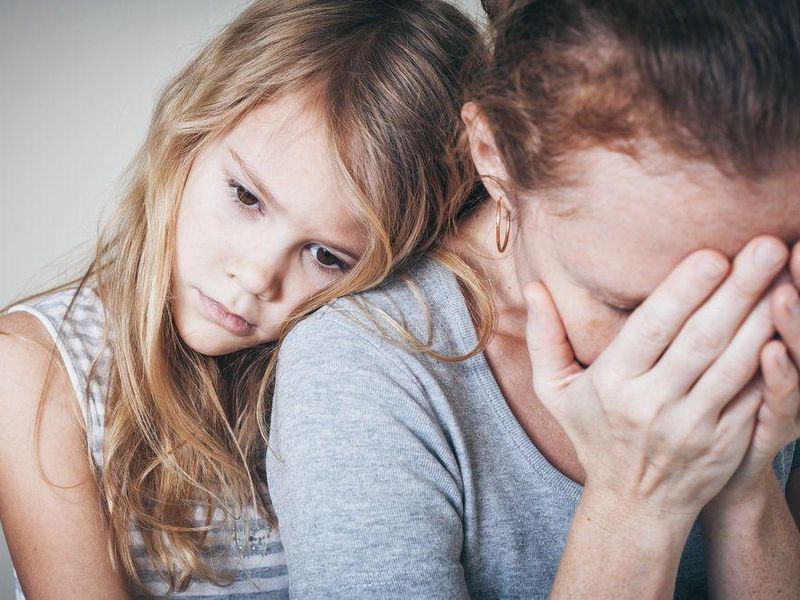 Despite the talk about the “stages of grief,” there’s no real guide to mourning. Each person reacts to loss in his or her own way. Still, there is one universal component of grief: Almost every loss, no matter how expected, will be accompanied by stress and disorientation. In the words of a report from the National Mental Health Association, “The loss of a loved one is life’s most stressful event.”

This loss may be especially stressful if family members have to make decisions about the way a loved one dies. A study conducted by researchers at the Oregon Health Sciences University found that families who had to make end-of-life decisions for dying patients faced immense stress after the patient died. In fact, the level of stress was about twice as high as that reported by families who lost their house in a fire.

“When we experience a loss, a very ancient reaction is triggered in our brain: the fight or flight response,” writes professor Elizabeth Harper Neeld in Seven Choices: Finding Daylight After Loss Shatters Your World. “When the bonds we have with others are disturbed, at some deep level we fear for our very survival…Our brain has stimulated us to take action, but since we cannot undo the loss, there is no action we can take. We are, therefore, held taut. This means that our bodies are under enormous stress.”

While most people gradually recover from profound grief, others become physically and emotionally overwhelmed. If depression and anxiety take root, health can take a dramatic — perhaps even fatal — downturn. We’ve all heard about lonely widows or widowers who die very soon after losing a spouse.

Psychologists call the persistent, destructive grief that can follow an especially painful loss “complicated grief.” Yale psychologist Holly Prigerson, PhD, has estimated that 15 percent of people who have lost a loved one — or more than one in every 10 people — reach this emotional low point. Complicated grief goes beyond normal anxiety and mourning. People in this state may feel like their lives have lost meaning, and they question their deepest personal beliefs. At a time when they most need support, they may feel distant or furiously hostile toward certain people. Besides suffering from symptoms of depression, they may accuse themselves bitterly, go to extreme lengths to avoid rooms or streets that remind them of the deceased, and be tormented daily by an agonized yearning for the one they’ve lost.

There’s no such thing as an “easy” death, but some losses are especially hard on those left behind. Perhaps nothing is more devastating than the loss of a child. Researchers at the Columbia University School of Nursing and two other schools surveyed 74 parents who had lost children. Even though nearly 20 years had passed since the deaths, more than 60 percent of parents were still actively grieving. Mothers may be particularly sensitive to the death of a child. As reported in the Harvard Mental Health Letter, a large Danish study found that women who had lost a child were nearly twice as likely as other women to be hospitalized for severe depression.

The sudden loss of a spouse can unleash a similar sort of trauma. As noted by the National Mental Health Association, surviving husbands or wives lose more than a beloved partner — they lose a way of life. The upheaval may also destroy their social life, or even their finances. At a basic level, it can be difficult to accept that the loved one is really gone.

In her recent book The Year of Magical Thinking, writer Joan Didion reports that some weeks after her husband’s death, she suddenly realized that she could not bring herself to give away all of his shoes because “he would need shoes if he was to return.” (“The recognition of this thought by no means eradicated the thought,” she observed.) The Canadian Psychological Association reports that half of all surviving husbands and wives still sense their partner’s presence and hear his or her voice one year after the loss.

Grieving is a deeply personal process. Many people find that if they don’t keep their feelings hidden, however, they’re less likely to be overwhelmed. Sharing your grief or simply spending time with caring friends or family members may help you through the unreality of the first days. Talking to a therapist or a grief counselor may also help ease your stress and relieve your burden.

Grieving is also a form of illness, according to many studies. In some cases, it may be as debilitating as a protracted bout of pneumonia. During the grieving process, many sufferers feel numb, exhausted, disorganized, and confused, as if they were sleepwalking. If this sounds familiar, don’t feel guilty about cutting yourself some slack. If at all possible, postpone other life-changing decisions until the grief has settled. Don’t be reluctant to seek the help of a doctor or counselor if you are having trouble coping. In many cases, medical treatment can help you get through this. If you become clinically depressed, a doctor may feel that antidepressants are necessary as well.

Because you are suffering, make a special effort to take care of yourself. Try to eat well, get adequate sleep, and avoid turning to alcohol or drugs for relief. Stay in close contact with your doctor, and watch out for physical signs of stress and depression such as sleeplessness, loss of appetite, listlessness, confusion, and stomach trouble. If these warning signs linger, you may need professional help to cope with your grief. A counselor or hosted support group can help sort through your feelings and put your life back on track.

No matter what path your grief takes, your loved one will never be far from your mind. And that’s the way it should be. An issue of Perspectives in Psychiatric Care describes it well: “The goal of grief is not to forget about the loss; rather, the goal is to remember the [person], understand the changes created by the loss, and determine how to reinvest in life.”

Canadian Psychological Association. Psychology works for Bereavement and Grief in the Elderly. http://www.cpa.ca/factsheets/grief.htm

Harvard Medical Health Letter. Mental illness and the death of a child.