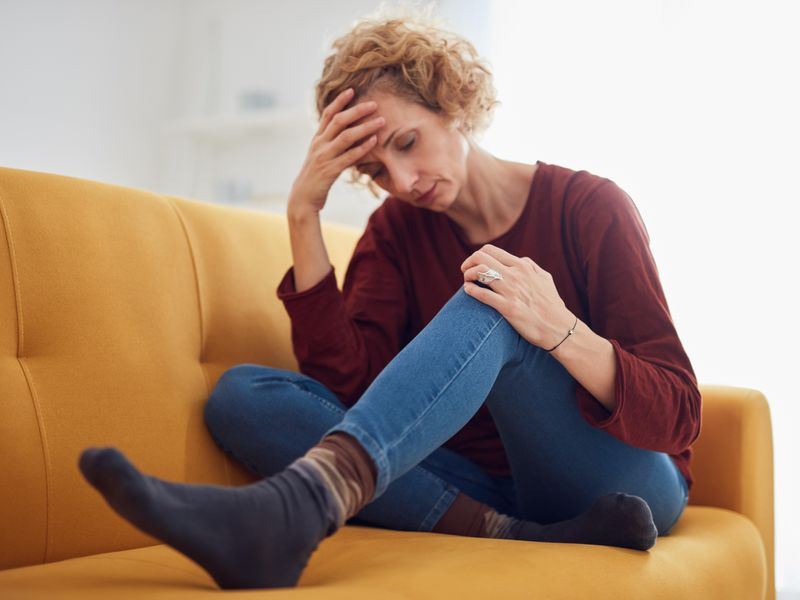 For nearly 20 years, social worker Susan Mason suffered from mysterious and debilitating muscle pain throughout most of her body. Time and time again, doctors told Mason that she just had the flu, or that she was depressed and the aches would eventually go away on their own. But they never did. “It just hurt too badly for me to believe there wasn’t something wrong,” Mason says.

Finally, during a period of intense pain, Mason called a university hospital in West Virginia to make an appointment with a rheumatologist, a medical specialist who treats arthritis and certain autoimmune disorders. Although there were no appointments available for months, the nurse who answered the phone that day mentioned one word that would change Mason’s life: fibromyalgia.

Shortly thereafter, a doctor diagnosed Mason with fibromyalgia syndrome, or FMS. The diagnosis brought peace of mind to the recently retired West Virginia resident by giving her some concrete knowledge of what she was dealing with. She also learned that, while fibromyalgia has no known cure, many people who have it benefit greatly from treatment.

An estimated 2 to 4 percent of American adults — most of them women — are thought to suffer from fibromyalgia, according to the American College of Rheumatology. Fibromyalgia is a chronic disorder characterized by widespread pain in the muscles and soft tissues surrounding joints, which is often accompanied by fatigue and sleep disturbances. Twenty years ago, the condition was virtually unheard of. Today, doctors are making a push to better diagnose, understand, and treat the condition.

Pain is the main symptom. Although fibromyalgia may leave you feeling achy all over, you’re most likely to feel sharper pain where muscles attach to joints or in soft tissue areas called trigger points. Places that may be especially painful include the elbow, forearm, hip, knee, shoulder, neck, jaw, and back. The condition causes pain in the body’s fibrous ligaments, tendons, and muscles.

Fatigue and difficulty sleeping are other common symptoms. Research in sleep labs has shown that people with fibromyalgia don’t get enough deep sleep, and their sleep is frequently interrupted. They often wake up in the morning feeling unrefreshed. In some people, fibromyalgia may also be associated with depression, anxiety, headaches, morning stiffness, cognitive and memory problems, temperature sensitivity, painful menstrual periods, numbness and tingling in the extremities, and digestive-system problems, like irritable bowel syndrome.

Who is at risk for it?

Women are more likely to get fibromyalgia, and it usually appears in middle adulthood (although teens and old people can also develop it). People who have a rheumatic disease such as lupus, osteoarthritis, or rheumatoid arthritis are also at higher risk of developing it.

No one knows what causes it. However, people with it have high levels of Substance P in their spinal fluid, a chemical that transmits and amplifies pain signals. Researchers believe it may be triggered by injury, stress, anxiety, chronic lack of sleep, or certain viral infections. It runs in some families, which suggests it might have a genetic component. Some of the most promising research in the past few years centers on the idea that fibromyalgia is a malfunction in the way the brain perceives pain.

In other words, fibromyalgia sufferers may have a lower pain threshold than other people because of a neurochemical imbalance, which causes the brain to interpret ordinary sensations as pain. As the American College of Rheumatology puts it, For the person with fibromyalgia, it is as though the volume control is turned up too high in the brain’s pain processing areas.

How is fibromyalgia diagnosed?

No blood test or x-ray can detect the disorder. This is one reason doctors have had difficulty diagnosing the condition over the years.

A combination of relatively constant, long-lasting pain (three months or more) coupled with fatigue and sleep disturbances that have no other known source suggest that you have fibromyalgia. To confirm this suspicion, your doctor will conduct a physical exam to determine how much pain you’re experiencing. The official criteria for the condition is widespread muscle pain for at least three months; pain on both sides of the body, above and below the waist; and pain in at least 11 of 18 specific sites, or tender points, on the body, according to the American College of Rheumatology. (Your doctor will likely apply pressure to these “tender points” — sites exceptionally sensitive to pressure and located around the neck, shoulders, elbows, hips, and knees — to record your pain levels.) However, the ACR states that people can also be accurately diagnosed base symptoms alone.

What is the most common misperception about fibromyalgia?

Many people believe fibromyalgia is a psychological disorder, rather than a true physical condition, or that the sufferer is imagining the pain or simply pretending to hurt. “The majority of people, even doctors, still have the idea that this is a psychological condition, or that these women are faking [their pain],” says Dr. Atul Deodhar, a rheumatologist and fibromyalgia expert at the Oregon Health & Science University in Portland.

Deodhar points to numerous scientific studies that suggest that fibromyalgia sufferers experience true physical pain. In one small study published in Arthritis & Rheumatism, researchers used a functional MRI to do brain imaging to measure the brain’s response to pain in 16 fibromyalgia patients and 16 healthy people. In the first part of the experiment, they found that applying adequate pressure to the thumbs stimulated similar pain in both groups — and similar blood flow in the brain. In the second test, however, researchers found that the brains of fibromyalgia patients became highly active when only slight pressure was applied to their thumbs; in healthy people, when the same pressure was applied to the thumbs, the pain centers were far less active.

Are fibromyalgia and chronic fatigue syndrome the same?

No, but they share the same two defining symptoms: pain and fatigue. In chronic fatigue syndrome, fatigue is the primary symptom, whereas in fibromyalgia, pain is the chief complaint. However, some people who have chronic fatigue syndrome also have fibromyalgia. Recent research suggests that these two disorders, both incompletely understood, may be at two ends of the spectrum of a common underlying problem.

What are my treatment options?

For starters, try to find a physician who is familiar with the disorder. You’ll probably have to shop around and ask a lot of questions. Many rheumatologists treat fibromyalgia, but may be unfamiliar with it. Physiatrists, family physicians, internists, specialists in physical medicine and rehabilitation, and doctors at pain clinics also treat the condition.

Although many fibromyalgia sufferers augment their therapy with alternative methods, it’s important to begin any treatment by seeing a conventional physician, since many other disorders — including certain infections and autoimmune diseases — can cause some of the same symptoms.

Self-care — including adequate sleep, stretching, strength training, regular exercise such as walking, and deep breathing and meditation — all play an important role in managing the illness, according to a recent Johns Hopkins White Paper.

Is there a relationship between fibromyalgia and depression?

Depression, stress, and anxiety have been linked to fibromyalgia. However, it isn’t clear whether these mental ailments contribute to the syndrome or are a result of it. “We know that if you are depressed and anxious, your aches and pains are worse, and that if your aches and pains are very bad, you may become depressed and anxious,” says Deodhar. But it is difficult to know which came first.” Antidepressants appear to help many patients with fibromyalgia even if they don’t seem to be clinically depressed.

In the meantime, people with fibromyalgia continue to experiment with different methods of managing their pain. For Susan Mason, the past three years have been a process of trial and error to find the best treatments. Antidepressants didn’t work for her, but ibuprofen and muscle relaxants did. Gentle aerobic exercise has been most beneficial of all, she says, and the occasional massage works wonders.

“Most of all, I recommend finding a good doctor and starting an exercise program,” says Mason, now 62. “It hasn’t taken all the pain away, but it’s made it tolerable.”

Educating yourself about how to manage your pain will also help. Plug into the online network of fibromyalgia support groups, self-help sites, and medical resources available on the Web sites of the Arthritis Foundation, Fibromyalgia Network, and other organizations.

Interview with Atul Deodhar, rheumatologist with Oregon Health and Science University in Portland.