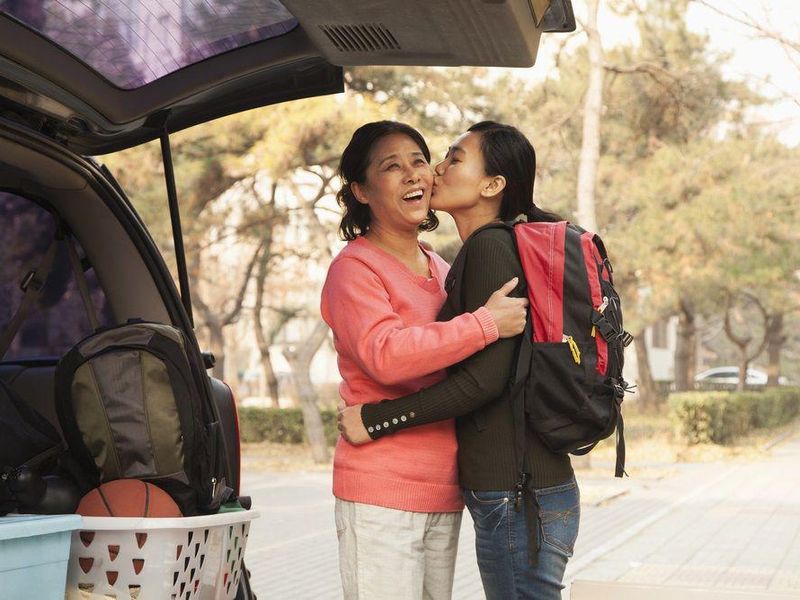 Alexandra Kennedy always knew the day would come when her son, Taylor, would leave for college and an independent life. She was sure she would be prepared.

After all, as a marriage and family therapist in Santa Cruz, California, Kennedy specializes in grief counseling. Having counseled countless other parents through this passage, she expected her training would shield her from many of the conflicting emotions her patients had experienced. Moreover, through Taylor’s senior year in high school, she and her husband, Jon, had carefully prepared themselves for his departure.

Small wonder that Kennedy was bewildered at the flood of tears she shed — not just in concert with other mothers at her son’s college orientation in Los Angeles, where Taylor would spend the next four years, but also during the entire eight-hour drive back. Indeed, Kennedy found herself not just thrown off, but broadsided by her misery. As a mother and therapist she knew that leaving home was a crucial step in Taylor’s growth, but she missed him desperately. In short, she was experiencing exactly the same despair through which she had helped shepherd so many parents.

When children leave home, especially the last kid or an only child, “it’s the end of a whole phase of your life,” says Kennedy, who wrote the landmark guide Losing a Parent. “You’ve raised a family. It’s been tremendously consuming emotionally, and suddenly — they’re out of the nest. It’s a huge shift.”

“I grieved the loss of seeing my son every morning, having breakfast, checking in on him,” adds Kennedy. “I sobbed for the ending of my relationship with my son as it had been, and of our family as we knew it. There was a big emptiness in my life, but I didn’t want to ignore it. I wanted to accept the possibilities of a new, larger relationship with both Taylor and Jon.”

Therapists call this the “Empty Nest” phenomenon. Although contemporary Western culture lacks a ritual to mark the event, for families it is a true rite of passage. A child’s departure for an independent life sometimes leads parents to criticize their own parenting skills, Kennedy says: “Nobody does a perfect job of parenting, so there’s grief about that. You don’t get another chance. But the fact is, you’ve prepared your kids as best you can, and it’s time now to let them go.” Parents must search for new meaning in life beyond child-rearing. More unexpectedly, a child’s departure can also catapult the health of the parents’ marital partnership into the glaring spotlight.

Slammed against the wall

Michele Malone, vice president of marketing and communications for a medium-size Midwest hospital, was 16 and just out of high school when her son, Luke, was born; her daughter, Sarah, came along 11 months later. When the children left home nearly two decades later, Malone says, it was like being slammed against the wall.

“When I was getting my nursing degree, the kids were toddlers, and I took them to school with me,” Malone recalls. “As they grew up, I grew up, too. When it was time for them to leave, I felt like I had gotten to the top of a gigantic mountain following a long, arduous climb. And yet it seemed like it had all happened in two weeks.”

After 18 years of marriage and being a mom, Malone says, “It’s hard to say: ‘This is it. You don’t get to do anymore.’ My kids weren’t in my corral anymore. All of a sudden, I couldn’t know where they were all the time. I wouldn’t be able to go through the rituals — you know, like reminding them to wear their seat belts, following that maternal superstition that if you say all the right things, they’ll always be safe. It was tough to watch them make mistakes, but I had to stop the lectures and let them try on life.”

This transformation led Malone to reflect on the purpose of her life. “It was like I’d arrived at the pinnacle of a mountain, and I saw this distant vista — the unknown part of their lives, and mine. What was there to accomplish after I reached the summit? Life became about self-discovery, bruises and all. At least, all of a sudden, I had time for it.”

A marriage under scrutiny

After her children left, Malone’s marriage ended in divorce. Because the “nest-emptying” rite of passage plays havoc with a parent’s sense of self-worth, Kennedy says, marriages are particularly vulnerable at this juncture. While many couples may be aware that they will likely experience grief and loss as the initial phase of parenting ends, they may encounter surprises when surplus time allows the marital relationship to come under greater scrutiny.

Parents can be so busy with all that’s involved in raising their children day to day — not to mention attending to their own careers — that their own relationship problems may go unrecognized, say some marriage experts. Although there are few studies that focus specifically on how the “empty nest” phenomenon affects divorce rates — one University of Nebraska researcher found that couples were actually happier for a time after the kids left home — some experts say that couples who wait until the kids are gone before dealing with their marital problems run a greater risk of late-life divorce.

The empty nest “calls on parents to look at their own lives and what they set aside in order to raise their kids,” says Kennedy, the family therapist from Santa Cruz. “This includes their dreams, intimacy, and what they and their partners want to nurture in their own lives. Sometimes the child played a significant role in the family as mediator, bringing the parents together. When that child leaves, it creates a lot more stress. So it is common for long-term problems in the marriage to surface now.”

“I constantly encourage clients with young children to look at their marriage now,” says Kennedy, “because there comes a time when the kids leave. If you haven’t nurtured your relationship, it’s going to be very difficult. You have to take time out for the marital relationship and make it a priority throughout the time you raise the kids. When a couple has done that, the kids really benefit too. They leave knowing that there’s a foundation at home, that the parents will still have a life. It’s much more difficult for kids to leave if the parents are divorced or unhappy. Then they feel responsible for their parents’ well-being.”

Malone has since remarried, and her children have also returned home briefly to live with her and her second husband. “So I’ve gone through the empty nest twice,” she laughs. Today her relationship with her children is more fulfilling than ever. Luke is in college and also holds down a job. Sarah works and has a 2-year-old son. “They are following their own paths,” Malone says. “It’s fun to help them set up house and a separate life. They spin out and they come back, but it’s a different relationship now. They’re young adults looking for wisdom.”

Malone says that although it was hard to let her children go, she has found greater joy in a new relationship with them as adults. “You have faith that they will blossom, because you’ve given them everything they need,” she says.

“Sometimes they just want to come home and sleep in their old bed for one night — but only for one night. It’s a wonderful and a strange feeling, a blissful moment of ease and rest; everybody’s right here. But the next morning, I’m happy for them to go.”

Interview with Alexandra Kennedy, a marriage and family therapist in Santa Cruz, California

Interview with Michele Malone, vice president of marketing and communications for a medium-size Midwest hospital