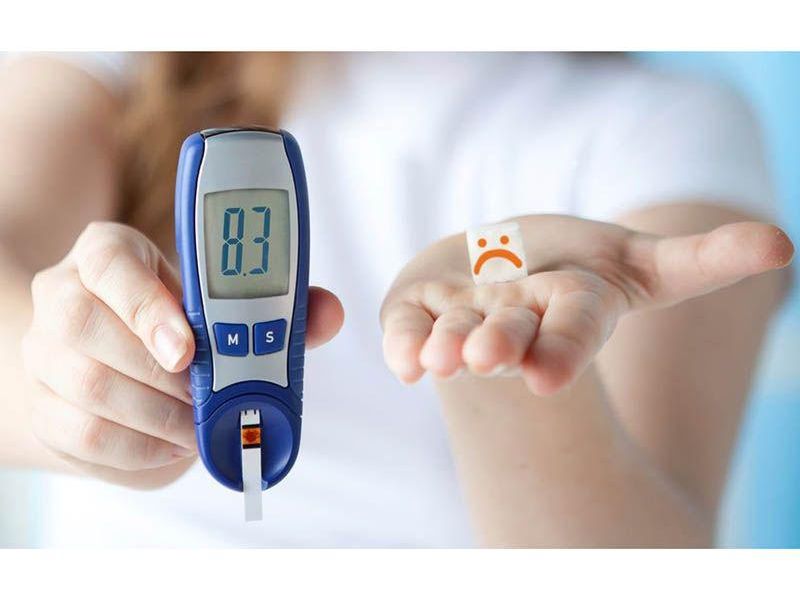 Is there a connection between diabetes and depression?

Does diabetes cause depression? Or, does depression cause diabetes? Experts aren’t sure, but they are certain about one thing: there is a link. In fact, up to 30 percent of people with diabetes also suffer from depression.

This may come as little surprise to you if you’re diabetic, since constantly watching your diet and checking your blood sugar levels can be an emotional drain. But the cost depression exacts can be a high one: Diabetics who are also depressed have a particularly hard time controlling their blood sugar and face a greater risk of such diabetic complications as blindness and heart disease.

As many as one in every five people with type 1 or 2 diabetes were depressed before they got diabetes, according to a report in Clinical Psychiatry News. This has led researchers to question whether depression may help cause type 2 diabetes in the first place. In a 13-year study of nearly 2,000 people, researchers at Johns Hopkins University found that those who were depressed were more than twice as likely as others to develop the disease. However in a Canadian study, researchers examined the health records of close to 90,000 people over a 12-year period and found that new diagnoses of depression in diabetics and non-diabetics were about the same. The study concluded that type 2 diabetes did not increase the risk of depression. A study of 4,747 subjects in the Netherlands found that patients with diagnosed type 2 diabetes were more likely to suffer from depression than those with undiagnosed diabetes, suggesting instead that depression may be a consequence of the burden of diabetes.

Why does depression affect diabetes?

The connection between diabetes and state of mind is complicated. According to Patrick Lustman, a psychiatrist at Washington University School of Medicine in St. Louis, diabetes throws many hormones and brain chemicals out of balance, and these changes may open the door to depression. Lustman and other scientists believe that the hormonal changes caused by depression can affect levels of cortisol in your body and worsen your resistance to insulin.

Whether the depression came first or not, diabetics battling depression sometimes don’t have the energy to do all the little things it takes to control diabetes. They may not eat a healthy diet, take their medications on time, or get the exercise they need. This alone could go a long way toward explaining why depressed people with diabetes are more likely to develop blindness and other complications.

Doctors have long wondered whether antidepression treatments could improve diabetics’ blood sugar levels as well as their outlook. There’s no need to wonder any more: Lustman has conducted several landmark studies that give new hope to anyone who’s battling both diseases.

In one study, he found that a 10-week program of cognitive behavior therapy (which teaches problem solving skills and helps erase negative thought patterns) both eased patients’ depression and made it easier for them to control their blood sugar. Lustman and his colleagues have also discovered that selective serotonin reuptake inhibitors, or SSRIs, such as fluoxetine (Prozac) have a similar ability to keep blood sugar in line. In fact, Lustman and his colleagues conducted a review of the studies published on depression and diabetes and concluded that cognitive behavioral therapy and SSRIs help to control blood sugar levels in patients with both type 1 and type 2 diabetes. However, this may be simply because patients are better at managing their diabetes when their depression is under control.

Lustman believes his research sends a clear message: People with diabetes and depression need treatment for both diseases. Patients and their doctors would find it easier to get the help they need if they understood the intimate connections between depression and diabetes. It’s worth it to deploy all the weapons you can to get your blood sugar under control.

Lustman P, Clouse R. Depression in diabetic patients: The relationship between mood and glycemic control. Journal of Diabetes and its Complications;; 19(2): 113-122.