Depression: His and Hers 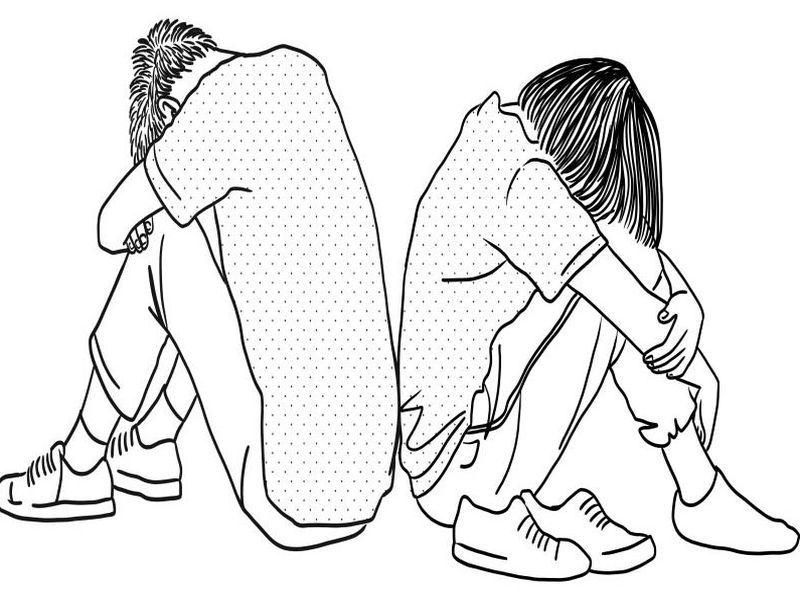 At a recent family reunion in Atlanta, Janis Sellers* learned something unusual. Sitting around the table at Christmas with several relatives, the topic somehow shifted to depression. “It turned out that all four of my female cousins on my mom’s side were taking antidepressants, and so were their mothers,” recalls Sellers, who had been treated for depression herself. “I always knew that depression ran in the family, but this was pretty amazing. We ended up talking about it for hours.”

What Sellers knew — and some other family members didn’t — is that her brother had experienced severe depression as well: He just hadn’t sought treatment for it. “My brother had wild mood swings and bouts of depression in which he’d stay in bed for days on end, crying and unable to move,” she says. “But he absolutely refused to see a therapist.”

Such a gender gap is apparently fairly typical. “It’s much harder for men to admit they’re depressed and need help, because they see it as shameful and a sign of weakness,” explains Hilary Robison, a San Francisco-based therapist.

Women are more inclined to seek help for depression, which may help explain why they outnumber men when it comes to the disease. At any given time in the United States, for example, about 20 million people are grappling with depression, a serious disease associated with hopelessness and despair, emotional flatness, difficulty sleeping or eating normally, inertia, low self-esteem, and, in some cases, attempts or thoughts about suicide. And according to the National Institute of Mental Health, depression strikes twice as many women as men. If a woman has had bouts of depression before pregnancy, she is also more likely to experience postpartum depression, which occurs within a month of delivery and includes the symptoms of major depression.

Women’s lifetime risk for the illness is 21.3 percent, while men’s risk is only 12.7 percent, according to the first widespread study on psychiatric disorders, the National Comorbidity Survey (NCS) of 8,000 Americans between the ages of 15 and 54 in the early 1990s. Other studies vary, putting the risk anywhere from 10 to 25 percent for women, although men consistently represent only half as many cases of major depression as women.

These differences appear early on. Prior to puberty, boys are equally, or slightly more prone to depression than girls, according to an article in the medical journal, Sex Roles. But by the time girls hit puberty, the article points out, they are already twice as likely to suffer depression as boys.

Girls today are coming of age “in a far more dangerous, sexualized, and media-saturated culture” than that of their parents, writes psychologist Mary Pipher, PhD, in Reviving Ophelia: Saving the Selves of Adolescent Girls. “They face incredible pressures to be beautiful and sophisticated, which in junior high means using chemicals and being sexual.” Many fall prey to depression, she says, after destroying their authentic selves in an effort to be feminine and fit in with their peers.

The numbers add up differently for the sexes in other areas as well. Although fewer males are diagnosed as depressed, men are four times more likely to kill themselves than women, according to the Centers for Disease Control.

Anger a symptom of male depression?

The signs of depression may also be different in men, who are more likely to feel victimized by others and to act out their distress, according to experts. “There are some men who experience the same kind of depressive syndrome as a woman typically would — sadness, tearfulness, and loss of sleep — but there are men in which you see a different sort of picture,” says Sam Cochran, president of the American Psychological Association’s Society for the Psychological Study of Men and Masculinity. “You’d see alcohol problems, you’d see irritability and anger, especially in relationships. I think depression tends to be underdiagnosed in men.”

As an example, Cochran says, “A therapist may see a man who comes into the office and says, ‘I’m not functioning on the job well; I’m drinking too much and keep fighting with my spouse and friends,’ and they may completely miss the depression there. I think it’s important that therapists be familiar with the research that ties depression to alcohol and anger.”

To Rachel Rabinowitz* of San Francisco, this point hits close to home. Her father has never admitted to depression, but he has been angry and abusive to his wife and children as long as she can remember. “My father doesn’t like to talk about what’s bothering him and when it does come out, it’s rage,” she says. “He’s also at least 50 pounds overweight. When everyone goes to bed, he pigs out on junk food. That’s his way of suppressing those unwanted feelings.”

Worried about her mother’s health, and suspecting her father’s furious tantrums were really symptoms of depression, Rabinowitz met in private with her father’s physician. “I told my dad’s doctor, ‘My father has high blood pressure, a horrible temper, and verbally abuses his wife, who is also your patient: Do you think he could use antidepressants?'” The doctor agreed and broached the subject in a way she thought Rabinowitz’s father could best respond to. Rather than talking about depression, Rabinowitz said, “The doctor asked, ‘Do you get angry?’ He said yes. What do you do? ‘Yell.’ How does it make you feel? ‘Bad.’ When’s the last time you were angry? ‘Yesterday.'”

The doctor prescribed medication for her father’s “anger,” but her father, an immigrant who did not speak English, found out that the pills were antidepressants when he filled his prescription. “He was ashamed,” said Rabinowitz. “He said, ‘I’m not depressed, I’m angry.’ I had to give him a soft sell, so I said, ‘It’s not about depression. It’s about your high blood pressure. This way you’ll have less anger and lower blood pressure, and when you’re not feeling lots of anger, you won’t transfer it to food to fill the void.'” Her father agreed to take the antidepressants, and Rabinowitz is waiting for them to take effect.

Some researchers think that more men like Rabinowitz’s father would be classified as depressed — and perhaps receive life-saving treatment — if the diagnostic criteria for depression was changed to include anger and hostility. But this idea — and that of a male “subtype” of depression — has met with resistance from many experts. The current criteria for diagnosing depression “fits both sexes quite well,” says Myrna M. Weissman, an epidemiologist and professor of psychiatry at Columbia University School of Medicine in New York. As for adding a male subtype of depression, she says, “there are no data to support it.” However, as genetic research progresses, the thinking on this may change. Scientists are learning that there are definite differences in the way men and women are built. For example, men and women share only three of 19 depression-associated chromosomes; the other 16 are gender-specific.

Researchers agree, however, that the way men and women are socialized often influences their response to depression and emotional pain.

In a longitudinal study she’s overseeing at a medical center in Chicago, Dr. Rosalind Cartwright has seen striking differences in the way women and men cope with depression. Her study involves tracking the sleep and dream patterns of clinically depressed men and women who’ve gone through a breakup of a first marriage. None of the subjects are on medication. Generally speaking, Cartwright says, men will go out quicker and get a replacement wife; whereas women say they never want to marry again.

The dreams reflect the differences in how the sexes deal with emotional pain. “If men incorporate the ex-spouse in the dream, they’ll say, ‘Yeah, she was there, but she didn’t matter any more; she was in the background, or at the airport, at a picnic table, but she was irrelevant.'”

On the other hand, explains Cartwright, the dreams of women in her study are fraught with anger and sadness. They may dream their ex-spouse is trampling mud over their white carpet and want to throw things at him, or they may feel jealous of seeing him in the dream with another women, Cartwright says. “They’re still invested so that seems to delay recovery,” says Cartwright, a professor who chairs the department of psychology at Rush Presbyterian St. Luke’s Medical Center in Chicago.

One of the keys to healing, Cartwright has found, is changing the negative aspects of a dream into its opposite. She describes a woman in the study who felt walked on by her husband who left her and belittled by a coworker at her job. The woman dreamed repeatedly of lying prone and scared out of her wits on an elevator with no walls. In therapy the woman decided to try to stand up in the elevator shaft; when she finally did, protective walls rose up around her. “She realized that as soon as she stood up, she protected herself, and she started standing up for herself at work,” explains Cartwright.

For most people, of course, the way out of pain and depression is admitting it in the first place. After her brother missed work and important family meetings while paralyzed by another episode of depression, Janis Sellers found that he was receptive to a heart-to-heart talk. After he agreed to seek help, he saw a psychiatrist who diagnosed him with manic depression and prescribed antidepressants.

“He’s much calmer,” Sellers says of her brother. “He still has lots of energy, but he hasn’t experienced the sudden mood swings and the terrible lows he was going through. And for that, we’re both incredibly grateful.”

Correspondence with Myrna Weissman, professor of psychiatry at Columbia University

Centers for Disease Control and Prevention. Suicide in the United States. National Center for Injury Prevention and Control. http://www.cdc.gov/ncipc/factsheets/suifacts.htm.

“Women Hold Up Half the Sky,” National Institute of Mental Health (NIMH), http://www.nih.gov.nimh.htm