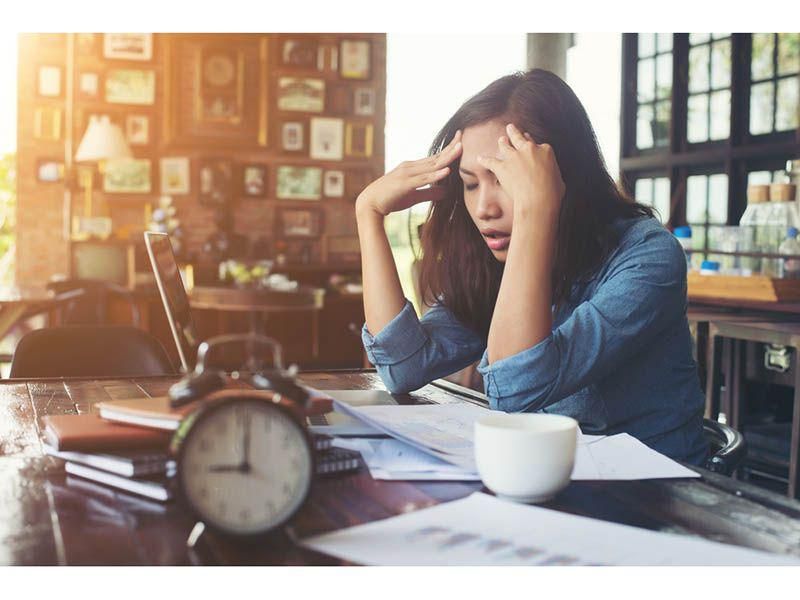 Stress can be annoying, aggravating, and maddening. But more than anything else, it can be depressing.

Talk to a person who has fallen into the first major depression of her life, and the conversation will often turn toward a recent upheaval, perhaps a death in the family, a lost job, or a divorce. Sometimes depression can strike without a particular trigger. But stress that accompanies a severe trauma may often be the tipping point that sends people into clinical depression.

The considerable impact that stress can have on depression became clear in a study of nearly 2,400 women published in the American Journal of Psychiatry. Women who had recently gone through a traumatic, life-changing event were nine times as likely as other women to fall into depression.

In recent years, in fact, scientists have uncovered direct links between the brain’s response to stress and the onset of depression. Some important questions remain, but researchers have already made discoveries that could lead to new treatments for depression soon. At the very least, a new understanding of the connections between stress and depression can help millions of people better understand their plight.

How depression get its start

The chain reaction that leads from stress to depression starts in the brain. When the brain senses distress, it releases a chemical called CRH (cortitropin-releasing hormone) that sounds the alarm. This alarm tells the body to start producing stress hormones such as cortisol and adrenaline. These hormones affect the entire body — the heart races, muscles tense, sweat glands open up — but some of the most dramatic impacts are in the brain.

As stress expert Robert Sapolsky writes in his book Why Zebras Don’t Get Ulcers (Henry Holt and Co., 2004), stress can disrupt just about everything that shapes a person’s mood. For one example, ongoing stress can rob the brain of dopamine, a messenger compound, or neurotransmitter, that allows us to feel pleasure. It’s no wonder that people suffering from stress or depression get little joy from life.

Stress can also hamper the release and activity of another messenger compound: the hormone serotonin. Abnormal amounts of serotonin and/or the hormone norepinephrine have been linked to depression. Serotonin regulation is so important that it’s the main aim of many effective antidepressants such as fluoxetine (Prozac) and paroxetine (Paxil). Serotonin may also help explain why some people can go through incredibly stressful situations without ever slipping into depression. As Sapolsky explains, some people are lucky enough to inherit a serotonin-related gene that gives them extra protection against depression no matter what challenges life brings.

Surprisingly, researchers still don’t know exactly which changes in the brain actually trigger depression. But whatever it takes to set depression in motion, there’s little doubt that stress hormones play an important role. As Sapolsky notes, most people who are prone to depression have large levels of stress hormones coursing through their blood. These extra hormones may partly explain why people suffering from depression often have weakened immune systems and are so prone to heart disease.

Animal studies provide even more evidence that stress hormones can cause depression. A study published in Behavioral Neuroscience found that injections of hormones over three weeks can make rats act seriously depressed. (Rats express depression in several ways, including a reluctance to explore new territory.) Intriguingly, male rats were more sensitive to the hormones than female rats. Researchers speculated that female hormones may help protect against depression. If true in humans, this could help explain why women are prone to depression right before their periods and immediately after birth — times when their female hormones bottom out.

Depression may be crippling, but it can also be a logical response to a stressful world. As reported by the American Psychological Association, a huge dose of stress hormones can overexcite and eventually destroy nerve cells in the brain, much like multiple cords overloading an outlet. The brain may protect itself by slowing down. Signals become sluggish, receptors become unreceptive, and life loses its color.

If a person has never been deeply depressed, it may take a severe shock to finally send her into the doldrums. But then an unfortunate cycle can start. As described in an issue of Psychological Review, about 60 percent of people who have suffered from one bout of depression will eventually have a second bout. Why does it become easier and easier to fall into depression? In a word, stress.

According to the Psychological Review report, the first major bout of depression can sensitize the brain to stress. After each descent into depression, it takes less and less stress to bring on the next episode. Eventually, a person can become so sensitive that even a minor stressor can be enough to trigger an emotional landslide. To the observer — and even to the victim — the depression may seem to come out of nowhere.

No matter how depression gets its start, fighting stress can be an important step toward recovery. The American Psychological Association notes that fresh air, exercise, and regular sleep — common remedies for stress –can help wake up a depressed brain.

Stress-busting strategies can even help people in the most dire situations. Several studies, including one published in Cancer Nursing, have found that relaxation techniques can ease depression in people with life-threatening cancer.

Many people need professional help to overcome stress and depression. Prescription antidepressants can help restore the chemical imbalances seen in depression. Cognitive behavioral therapy and other kinds of counseling can help people put stressful situations into a healthy perspective.

Stress may be unavoidable, but it doesn’t have to hurt.

Monroe, S.M. and K.L. Harkness. Life stress, the kindling hypothesis, and the recurrence of depression: Considerations from a life stress perspective. Psychological Review; 112(2): 417-445.

Kendler, K.S. et al. Stressful life events and previous episodes of in the etiology of major depression in women: An evaluation of the “kindling” hypothesis. American Journal of Psychiatry;157: 1243-1251.