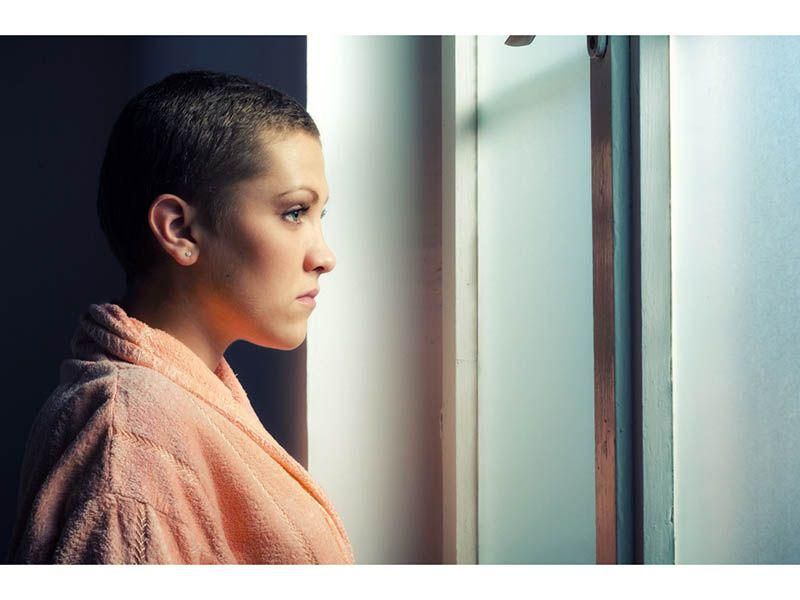 How does depression affect cancer patients?

For cancer patients, depression means much more than just a dark mood. The illness, which strikes about up to 25 percent of all cancer patients (compared with about 7 percent of the general public), can sap a person’s immune system, weakening the body’s ability to cope with disease. Patients fighting both depression and cancer feel distressed, tend to have trouble with everyday tasks, and often can’t follow medical advice. Indeed, doctors believe that depression, if left untreated, can shorten a cancer patient’s life. A study by the California Department of Health and Human Services found that cancer patients without strong social ties were three more times likely to die earlier than their socially active counterparts.

Yes, according to researchers. When a person suffers from cancer and depression, treatment for the mind can give the rest of the body a huge boost. A study of women with advanced breast cancer, conducted at Stanford University, found that those who attended weekly support groups lived an average of 18 months longer than those who didn’t. Although more recent research has not found such an effect on survival rates, it has shown that support groups improve quality of life for patients.

A later study at UCLA of patients with malignant melanoma found an equally remarkable trend. Patients who participated in group therapy were three times more likely to be alive five to six years later than those who didn’t receive therapy.

Antidepressants may also play an important role in the fight against cancer. An Israeli study found that antidepressants increased the levels of natural killer-cells — soldiers of the immune system that destroy cancer cells and other intruders — in a group of cancer patients.

The bottom line is that treating depression in cancer patients not only eases symptoms of pain, nausea, and fatigue, it may help them live longer and enjoy a better quality of life.

Can depression actually increase the risk of cancer?

Since depression can hamper natural killer-cells (lymphocytes that kill cancer cells and microbes) and other natural defenses the body deploys, scientists have long wondered whether the mental condition made people more vulnerable to cancer. Early studies had mixed results; research in the late 1990s involving 4,825 people ages 71 and over provided the first strong evidence that long-term depression could actually increase the risk of cancer. After taking into account factors such as age, sex, race, disabilities, alcohol use, and smoking, researchers from the National Institute of Aging found that subjects who had been chronically depressed for at least six years had an 88 percent greater risk of developing cancer within the following four years. The researchers cautioned that further studies would be needed to prove any cause and effect.

Co-occurrence of Depression with Cancer: Awareness and Treatment Can Improve Overall Health and Reduce Suffering. National Institute of Mental Health.