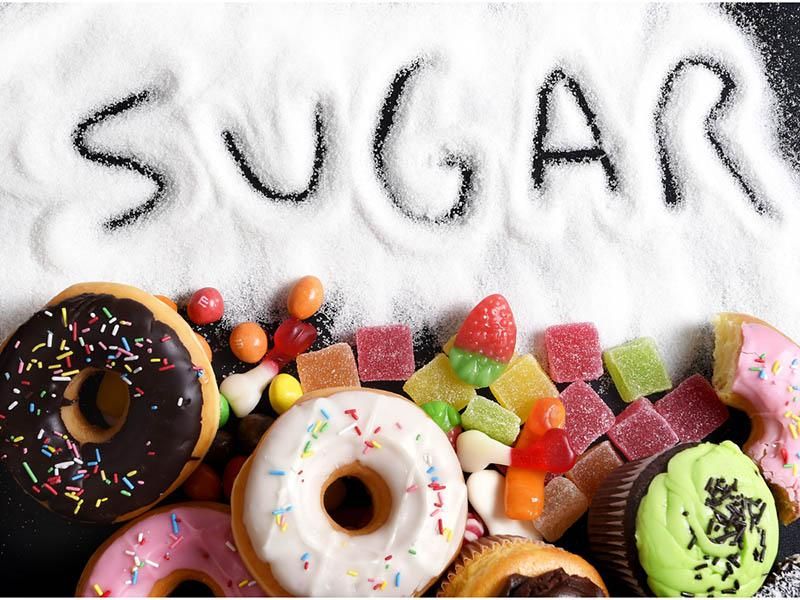 Most of the time Rosalia Scalia is a happy vegan. She turned her back on meat, fish, eggs, and dairy products and embraces grains, beans, and greens instead. She devours volumes on nutrition and health, and enjoys whipping up exotic dishes from vegetable-based cuisine. After six years of dining low on the food chain, she’s never felt healthier. There’s just one problem: She can’t get enough of the sweet stuff.

“I have to have a sugar fix nearly every day,” she says. “I could eat a whole bag of Twizzlers or a box of Panda licorice. I can finish one box of licorice and move onto a second box.”

Sometimes her “slips” involve dark chocolate. Or she finds that she’s drowning her vegan waffles in maple syrup. Or, in her quest for sugar, she abandons her dairy-free regimen altogether. She’s wild about a triangular Italian pastry that’s filled with cannoli cream. “Once I eat one, I can’t stop. I feel sick when I’m done,” she says. “I say I’m just going to have a sliver of cake, and I keep going back for another sliver and another.”

The rest of her family is the same way. Even though both her parents are diabetic, they still eat dessert. “I think my whole family is sugar-addicted,” Scalia says.

Most doctors would disagree with Scalia’s assessment. “The idea that people are addicted to sugar is nonsense,” says Dr. Richard Surwit, professor emeritus at Duke University School of Medicine and an expert on the management of obesity and diabetes. “People eat sugar because it tastes good. To call them addicts is ridiculous.”

Karen Miller Kovach, registered dietitian and chief scientist for WW (formerly Weight Watchers International), explains the confusion: “She’s using the word ‘addiction’ in a popular sense. The definition of an addiction is that there are demonstrable and predictable physical symptoms that occur upon withdrawal of the substance. There has never been anything like that associated with sugar. The basis for what she’s feeling is not physical. Good science doesn’t support the idea of sugar being an addictive substance.”

Maybe not, but some recent studies on rats have shown that sugar or sweet substitutes can have an effect similar to that of addictive drugs like cocaine, and that under certain circumstances, rats can become sugar dependent. Such studies have not been shown in humans, however.

The irritability you might experience when you are very hungry and your blood sugar drops is different from what a smoker or a coffee drinker goes through in the absence of nicotine or caffeine. You might reach for a candy bar to quell your craving, but a turkey sandwich, a handful of smoked almonds, some soup and crackers, or any number of other non-sugary snacks could also satisfy your physical hunger. Your body doesn’t need those Junior Mints — but try telling your mind that.

Even though a sugar craving is not a true addiction, researchers at the U. S. Department of Energy’s Brookhaven National Laboratory have found similarities in the brains of cocaine addicts and morbidly obese people. In earlier studies, Brookhaven scientists found that drug addicts have fewer dopamine receptors than normal people. (Dopamine is a brain chemical associated with pleasurable sensations.)

But before you confuse your jones for Jujubes with an alcoholic’s DTs, remember that the researchers studied people at the far end of the obesity scale. And Wang and Volkow did not look at the effects of “trigger” foods on the subjects. (Trigger foods are those that get people started on the road to nonstop eating.) Nor did they make a case for food as an addictive substance. Rather, Wang said that eating, like taking drugs, is a “reinforcing behavior” — people keep doing it because it feels good.

It’s also important not to label yourself with an eating disorder based on one too many encounters with a bag of Oreos. Dr. Yvonne Morris, a psychologist in the Behavioral Medicine Clinic at Stanford University Medical Center, says there’s a difference between someone who has an eating disorder — another frequently misapplied medical term — and someone who occasionally indulges in what she calls “emotional eating.”

Morris says it’s common to associate food with emotions. “What did our parents do when we were children and we felt bad? Our mothers often said, ‘Oh, let me get you a cookie.’ We learned to associate the cookie with emotional relief. It’s easy to carry that into adulthood.”

After a particularly trying time, you might feel like saying, “I deserve a cake today.” But the trick, says Morris, is to avoid getting carried away with the treats. “We build up bad habits and once we do, those habits are hard to break. The more times you do something, the more compelled you feel to do it again.”

Some people try to control their sugar cravings by replacing refined sugar with honey, barley malt, or fructose. But Kovach and others agree that, as far as the body’s concerned, sugar — no matter what seemingly healthy form it’s in — is sugar. Sucrose, fructose, and lactose are subtle variations of glucose, the body’s primary energy source. “Once it gets into the body, it is treated virtually the same,” she says.

For some folks, the solution is to avoid sugar entirely — a difficult proposition given its presence in so many natural and processed foods. Eliminating all traces of sweet things does help some people avoid the inexorable slide into confectionery madness, but most nutritionists and psychologists suggest replacing bad eating habits with good ones. And many point out that if you get the recommended five to seven servings of fruits and vegetables daily, along with an optimal amount of protein and grains, you may not have enough room left for a handful of M and Ms, let alone the whole giant economy-size bag.

As long as you’re getting proper nutrients in the rest of your diet, a spoonful of sugar probably won’t hurt you. With a little practice and planning, you can get that sugar monkey off your back. Here are some guidelines from researchers and nutritionists:

Rolls, Barbara J., “Fat and Sugar Substitutes and the Control of Food Intake,” Annals of the New York Academy of Sciences.

Interview with Dr. Yvonne Morris, a psychologist at the Stanford University Medical Center.