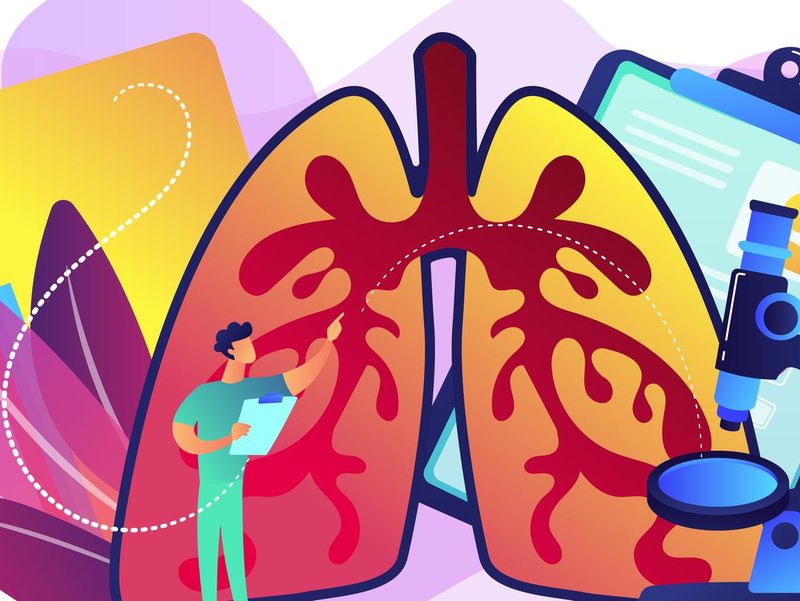 COPD — which stands for “chronic obstructive pulmonary disease” — is a catch-all term for two common and very serious conditions: chronic bronchitis and emphysema. As the full name suggests, COPD blocks the flow of air into and out of the lungs. If you have chronic bronchitis, your airways tend to become swollen and clogged with mucus. A diagnosis of emphysema means that the sacs that exchange air in your lungs have become damaged. Most people with COPD have to face both of these problems at once.

COPD never really goes away, which is why it’s called “chronic.” You can, however, take steps to protect your airways and improve your breathing. Your doctor can provide invaluable help, but most of the work will be up to you. You can do a lot to manage your COPD and maintain your quality of life.

It might help to know that you’re far from alone. According to the National Heart Lung and Blood Institute, about 16 million people in the U.S. have been diagnosed with COPD and many more millions likely have it and don’t know it.

Smoking is the cause of many cases of COPD. Many people with COPD, in fact, have smoked at least 20 cigarettes a day for 20 or more years. In response to the smoke, the lungs produce mucus, which eventually becomes so thick that it hampers breathing. In patients with COPD, smoking scars lung tissue and makes it easier for infections to settle in. Over time, smoking also damages the air sacs in the lungs. The air sacs normally expand and contract like balloons, moving air in and out of the lungs. But with COPD, they lose their elasticity and can’t work properly, making it hard to breathe.

Other substances that irritate the lungs, like air pollution, dust, or industrial chemicals, may also contribute to COPD. Sometimes, COPD is caused by a rare genetic disorder called Alpha-1 Antitrypsin Deficiency.

What are the symptoms of COPD?

Long-time smokers should be aware of the signs of COPD. Symptoms include breathlessness, shortness of breath after mild activity, wheezing after exertion, a productive or “wet” cough that wont go away, and frequent bouts of bronchitis or other lung infections. By the time a person notices symptoms, the disease may already be advanced. If you think you might have COPD, see a doctor promptly.

What are the signs of a COPD exacerbation?

How is COPD treated?

There is no cure for COPD, but you and your doctor may be able to protect your lungs from further damage. The most important thing you can do is stop smoking immediately and never light up again. (Of course, stopping before you develop COPD would be even better.) It’s also important to avoid secondhand smoke.

The earlier you see your doctor, the better. Your doctor will likely prescribe long-acting bronchodilator drugs that help open up your airways. These drugs, usually taken with an inhaler, are the same type that people with asthma use during an attack. Bronchodilators include both beta-2 agonists (for example, albuterol or salmeterol) and anticholinergics (tiotropium and ipratropium) and come in two basic types — short-acting and long-acting. The short-acting ones last from 4 to 6 hours and are used only when necessary to ease breathing. Long-acting bronchodilators last about 12 hours and are used every day. According to the Global Initiative on Chronic Obstructive Pulmonary Disease (GOLD), long-acting bronchodilators are more effective and convenient for treating COPD.

Your doctor may also prescribe inhaled corticosteroids to ease the inflammation in your lungs. The GOLD guidelines do not recommend corticosteroids as a stand-alone therapy, but suggest that they may work as a step-up therapy in combination with long-acting beta agonists. A study published in the journal Chest found that these drugs may help prolong the lives of people with COPD. However, there is some risk that long-term use can weaken your bones and increase your risk of high blood pressure, cataracts and diabetes.

A newer class of drugs called phosphodiesterase-4 inhibitors can help with severe symptoms. In this class, a drug called Roflumilast (Daliresp) is approved for severe COPD. As with many drugs, Roflumilast can cause side effects, so consult with your doctor about its use.

If you have a bacterial infection in your lungs (even if it is relatively minor), your doctor will probably want you to take antibiotics to clear it up. Antibiotics aren’t generally prescribed for routine respiratory infections, but when you also have COPD, antibiotics seem to be an especially effective weapon.

You’ll also need to get a flu shot every year and a vaccination against pneumonia. If you had your pneumonia shot more than five years ago, ask your doctor whether you need another vaccination.

The 2017 GOLD guidelines recommend against supplemental oxygen as a standard treatment, but says it is appropriate for people with 88 percent oxygen saturation or less. In this therapy, you breathe the oxygen through a mask or through tubes that you put in your nose. Oxygen is the one therapy that has been shown to prolong life in patients with severe COPD.

If you have severe emphysema that isn’t responding well to medicine, surgery may be an option. There are two different procedures — bullectomy and lung volume reduction surgery — that can improve breathing. In a bullectomy, doctors remove air spaces that form when the walls of air sacs in the lungs break. These pockets of air can grow so big that they make it hard to breathe. Lung volume reduction surgery removes sections of damaged lung tissue. These operations are potentially risky, and doctors only offer them to patients who are likely to benefit. A lung transplant is the operation of last resort for patients with extremely advanced COPD who are otherwise young and healthy enough to have a chance of surviving the procedure.

What can I do to manage my COPD?

When it comes to managing your COPD, you have more power — and more responsibility — than anyone else. That’s why most lung rehabilitation programs put a strong emphasis on education. Experts will help you set goals and show you how to achieve them.

One piece of advice can’t get repeated enough: Quitting smoking now and forever is the best thing you can do for your lungs. You should also avoid secondhand smoke whenever possible. A study published in BioMed Central Pulmonary Medicine found that exposure to secondhand smoke significantly worsened cases of COPD. You should also avoid chemical fumes and polluted air.

Taking your medicine as directed is also critically important. Missed doses can hamper your breathing and give your disease a chance to gain ground. If you have any doubts or concerns about your treatment, talk to your doctor.

Your doctor will probably encourage you to start an exercise program. Working out may be tiring and difficult at first, but don’t give up. Increasing your strength and stamina can go a long way toward increasing your quality of life. You can also learn breathing exercises that will help you get through the day without putting too much strain on your lungs. For example, many people use muscles in the rib cage, neck and abdomen to breathe, rather than using the diaphragm, which is much more efficient. You can practice using your diaphragm by lying on your back, placing a hand on your stomach, and breathing so that your hand rises and falls as you inhale and exhale. Your doctor can show you other exercises as well.

Give your lungs a break by pacing yourself throughout the day and finding ways to lessen your workload. For example, you may be able to do some chores sitting down. Better yet, ask someone else for help.

A healthy diet is especially important for people with COPD. Shortness of breath can make eating difficult. Eating small meals more frequently can sometimes help. Try to get plenty of fruits and vegetables along with high-protein foods such as milk, fish, eggs, meat, and soy. Drinking plenty of water can help, too. Water may help thin mucus and phlegm so that it’s easier to expel by coughing. If you can’t seem to eat enough calories, liquid supplements like Ensure or Resource may help.

You’ll need to stay in close contact with your doctor from here on out. Have an appointment at least once every six months, even if you’re feeling OK. These appointments give your doctor a chance to track your condition and adjust your treatments.

It takes a lot of effort to manage COPD. But if COPD gets severe, everything will take a lot of effort. It’s better to take care of yourself now and breathe easy later.

National Heart, Lung, and Blood Institute, What is COPD, https://www.nhlbi.nih.gov/health/health-topics/topics/copd

British Journal of Pharmacology, Update on roflumilast, a phosphodiesterase 4 inhibitor for the treatment of chronic obstructive pulmonary disease, May 2011, https://www.ncbi.nlm.nih.gov/pubmed/21232047

Other Names for COPD. National Heart Lung and Blood Institute.

What is COPD? National Heart Lung and Blood Institute.

How is COPD Treated? National Heart Lung and Blood Institute.