Breaking the Cycle of Abuse 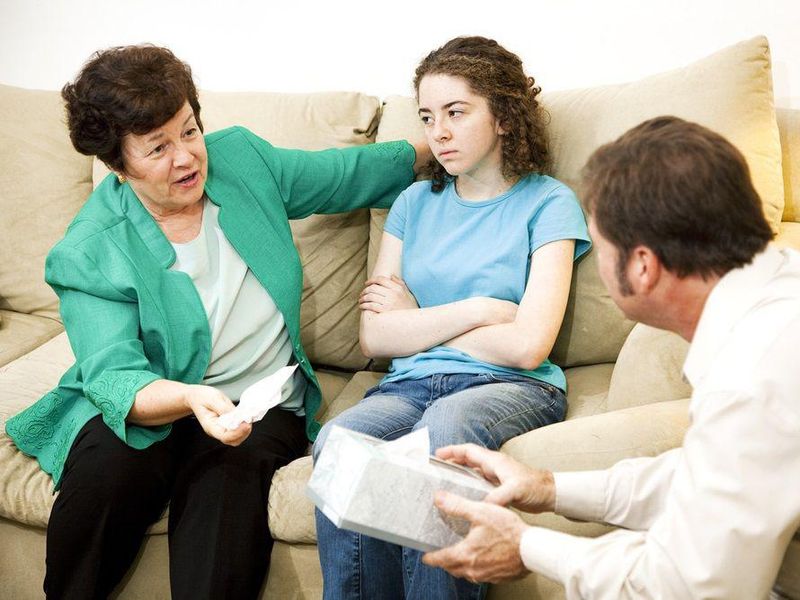 Shirley Beeman’s mother used to get drunk and beat her daughter with a wooden spoon, even throwing her through the wall on several occasions. When she was just a toddler, a teenage cousin began molesting her, and years later an uncle did so as well.

Today, Beeman* has confronted her childhood abuse and discusses it quite openly. Talking about the past and dealing with it, she says, is the only way to move on and lead a healthy life. Beeman is so convinced of this that she studied to become a psychotherapist, and now spends her days helping others work through their own childhood traumas.

Many patients are understandably reluctant to revisit agonizing memories from their childhoods, Beeman says, but it’s critical to the healing process. She believes victims who don’t deal with their past are often fated to inflict similar abuse on their own children. “Child abuse is a multigenerational process,” says Beeman. “It just keeps going and going and going unless you do something to stop it.”

This idea is not new: German psychiatrist Alice Miller has written about it repeatedly. Her books, Prisoners of Childhoood: The Drama of the Gifted Child and For Your Own Good: Hidden Cruelty in Child-Rearing and the Roots of Violence, broke new ground by expanding on a theory of the roots of violence both in families and in Western society as a whole.

The “unconscious compulsion to repeat,” Miller writes, will continue until an adult survivor of child abuse consciously relives his or her traumas. An intellectual understanding — that hitting or belittling a child is wrong, for example — may not be enough to prevent abuse, simply because the drive to repeat occurs on an unconscious level. Survivors are compelled to replay abusive scenes from their own childhood in an unconscious effort to regain the power they once lost to their own parents, Miller writes.

In some cases, an adult survivor won’t repeat abuse his children or other victims, but instead will turn the anger and frustration inward and become depressed. These types of survivors, Beeman says, are more likely to neglect their children than abuse them, and they show an alarming inability to detect when their child may be suffering abuse at the hands of someone else.

“They can’t see the behavioral changes” in their own children, Beeman says. “It’s like there’s a blind spot because they haven’t worked through their own history.”

Adult survivors may be blind to abuse because they’ve repressed their own memories of it. Some experts call this “betrayal trauma,” and explain that the cruelties a victim is most likely to forget may not be the most terrifying, but the ones that involve being betrayed by someone they love and trust. “Humans can be exquisitely sensitive detectors of betrayal and cheating,” writes Jennifer Freyd in her book, Betrayal Trauma: The Logic of Forgetting Childhood Abuse. “But they can also be remarkably blind to betrayal or cheating that may seem obvious to an outside observer.”

Coming to terms with the mistreatment suffered as a child — whether physical, sexual or emotional — is the only way to break the cycle of abuse, Miller and other psychiatrists say. “When people manage to get in touch with their own pain, they no longer want to take it out on others,” says Beeman.

Therapy is the most common way to reach this crucial point, but support groups can also be very helpful. Often just being around other people who have gone through similar experiences allows survivors to work through their memories and begin to heal. “When people realize that they’re not going to have to cope with a painful past by themselves, they’re usually able to talk about and process what happened to them,” says Beeman, who leads support groups in San Francisco, California through the Adult Survivors of Child Abuse (ASCA) organization.

Groups like this typically define three stages of recovery for adult survivors: remembering, mourning, and healing. (ASCA details a complete 21-Step recovery program on its Web site.) In the first stage, participants work through their memories of abuse and recognize that they were wronged as children. The group emphasizes that the abuser was responsible for this trauma, not the child — something that survivors often have trouble accepting on an emotional level.

In the second stage, survivors are encouraged to grieve for the childhood they lost, mourn the fact that loved ones failed them, and work on controlling their anger and finding healthy outlets for any aggressive or self-destructive feelings they may still feel. They’re urged to identify how abuse has affected them as adults, and to take an inventory of the current problem areas in their lives.

According to the group, to reach the final stage of healing, survivors must learn to accept that they have a right to be happy. They work on strengthening the healthy parts of themselves, and on making the necessary changes in their own behavior and in their relationships with friends and family. For survivors, it’s all about coming to the realization that they deserve kindness, a belief that may be robbed from them by experiences of childhood abuse, says Beeman.

I married my mother

Achieving trust and intimacy in relationships is often one of the most difficult hurdles for survivors of child abuse. Beeman says she married “a mean, emotionally immature, narcissistic man” because that’s what she thought love was.

But it was the birth of Beeman’s first child that created her biggest challenge. “I thought, ‘Uh-oh, I’m pregnant and I’m having a girl,’ and I went right back into therapy,” she says. Her daughter’s “terrible twos” tested Beeman’s mettle and further convinced her of the importance of therapy for survivors. Even though she knew that her daughter’s defiant behavior was perfectly normal for a two-year-old, Beeman found that the urge to strike her daughter was still a difficult impulse for her to resist.

Luckily, Beeman, like countless others who have sought help, was able to break the cycle. “The study of child abuse confronts us with the astonishing fact that parents will inflict the same punishment or neglect on their children as they experienced themselves in their early lives,” writes Alice Miller. “It is not until they are in therapy — supposing they are given any — that it transpires that they have been reenacting what they went through as children. As long as the anger directed at a parent or other first caregiver remains unconscious or disavowed, it cannot be dissipated. It can only be taken out on oneself or stand-ins and scapegoats like one’s own children.”

In a more hopeful essay, Miller concludes that “our sensitization to the cruelty with which children are treated will as a matter of course bring an end to the perpetuation of violence from generation to generation.”

*NOTE: Shirley Beeman is a pseudonym.

This organization offers individual and group support programs for adult survivors of physical, sexual, and emotional child abuse and neglect. The Web site has information on its three-stage recovery program, an e-meeting support group, and locations of support group meetings in California.