Back Pain and Smoking 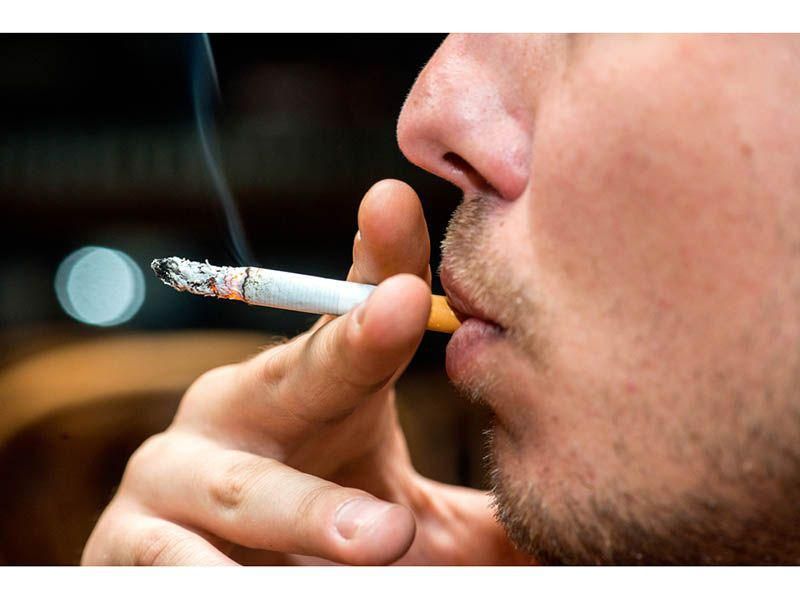 A construction worker might blame his jackhammer for his sore back. An office worker might chalk up the ache to an uncomfortable chair. Fair enough. But if either person happens to be a smoker, there just might be a different explanation for his or her pain.

In recent years, researchers have uncovered a surprising connection between smoking and back pain. In study after study, smokers seem to be more likely than nonsmokers to suffer sore backs. The trend holds for men and women, manual laborers and white-collar workers. The investigations raise interesting questions about the root causes of pain. On a more practical level, they also give smokers a whole new reason to quit.

A study published in the Annals of the Rheumatic Diseases drives the point home. British researchers asked 13,000 people about their lifestyles, including their smoking habits, jobs, activity levels, and history of pain. After adjusting for the demands of strenuous jobs and other factors that might cause back pain, the scientists concluded that smoking — by itself — raised the risk of debilitating back pain by about 30 percent. Smoking also seemed to make people slightly more vulnerable to pain in the neck, shoulders, elbows, hands, hips, and knees.

How could smoking cause back pain?

Scientists aren’t sure why some smokers are prone to back pain. According to the report in the Annals of the Rheumatic Diseases, nicotine from cigarettes “could affect the manner in which the brain processes sensory stimuli and the central perception of pain” — in other words, cigarettes affect the way the brain sends its pain signals. Smoking may also damage tissue in the lower back and elsewhere in the body by slowing down circulation and reducing the flow of nutrients to joints and muscles, according to the journal.

Even after 40-plus studies, however, researchers are leaving open the possibility that the link between smoking and back pain could be a coincidence. As reported in Spine, an overlooked trait such as depression or anxiety could cause back pain AND makes people more likely to smoke. Or maybe smokers develop certain behaviors — like coughing or stooping to find lost cigarettes — that make them more prone to back pain.

Should I give up smoking for the sake of my back?

The data may still be a little fuzzy, but the message is clear. As reported in the New England Journal of Medicine, smokers who suffer from back pain have every reason to kick the addiction. Giving up cigarettes probably won’t immediately banish back pain, but it just might help. Of course, quitting smoking will also dramatically lower the risk of heart disease, cancer, emphysema, and a host of other diseases. Back pain or no, that’s a great comfort.

Goldberg, M.S. et al. A review of the association between cigarette smoking and the development of nonspecific back pain and related outcomes. Vol.25 (8): 995-1014.