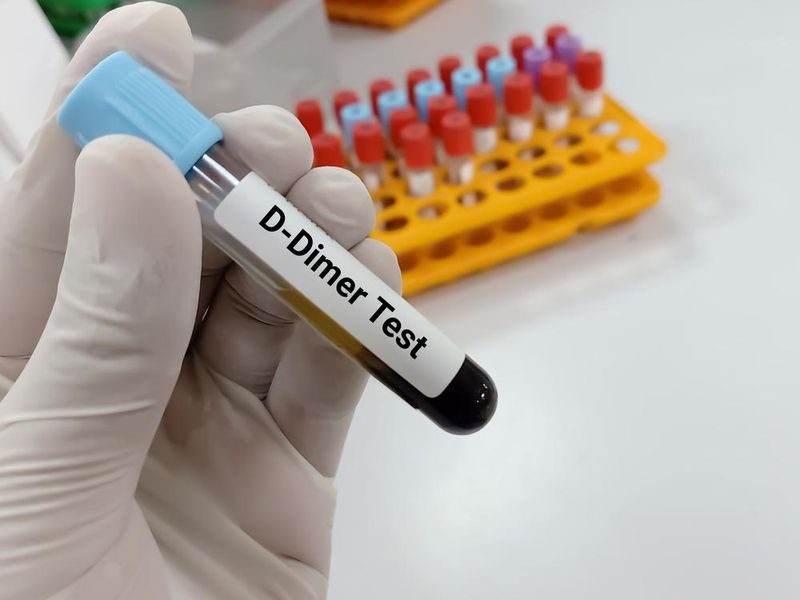 By all accounts, Lew Pringle was a ham when he taught his mathematics classes at Miami University in Oxford, Ohio. Striding around the room, waving his arms, and indulging in occasional theatrics, he kept his students entertained. But in the middle of one colorful lecture, he collapsed suddenly, in mid-sentence. “A pain deep in the middle of my chest had hit me like a truck,” recalls the professor, then 59. His students called an ambulance and Pringle was rushed to the local small-town hospital, where doctors told him not to worry; it wasn’t a heart attack. The pain diminished in several hours, and the next morning he was on his way home with orders to return a couple days later for a treadmill test.

Had Pringle followed that advice, he might not be alive today. Instead, he talked with a friend who advised him to seek a second opinion, and soon afterward he was undergoing emergency surgery at a specialty hospital. “The fact is, I was wandering around with high blood pressure and an aorta that had been ripped in two,” he recalls. The local hospital had missed the diagnosis completely: Pringle had experienced a rare medical trauma known as an aortic dissection.

What is aortic dissection?

It is an uncommon but extremely dangerous medical emergency affecting the aorta, an artery that serves as the heart’s main freeway. Through the aorta, the heart pumps out the blood that has been oxygenated by the lungs to nourish the rest of the body.

An aortic dissection, or “vessel wall layers” separation, occurs when a weakness in the inner layer of the aortic wall results in a sudden tear. Blood then leaks into the tear, causing the inner layer to separate from the middle layer of the blood vessel wall. The dissection may slowly heal on its own or cause a rupture in the aortic wall. Depending on the size, such a rupture can kill someone instantly or within a couple of days.

How dangerous is aortic dissection?

If not detected and treated promptly, aortic dissection can be deadly. Of the 2,000 Americans who are struck with it each year, most are not as lucky as Pringle. “If the aorta wall ruptures, it’s like being shot with a gun,” explains George Sopko, a cardiologist with the National Heart, Lung, and Blood Institute. Analyzing the records of 963 patients with untreated aortic dissection, the American College of Radiology found that 90 percent died within three months of the onset of symptoms. Additionally, the incidence of aortic dissection is likely underreported, since most cases of it are confirmed only by autopsy. When properly treated, however, 60 percent of patients are alive 10 years later.

Sudden, excruciating chest or abdominal pain is the most common signal of an aortic dissection. Some victims don’t experience pain, but feel an agonizing searing or ripping sensation in the chest, back, shoulder blades, stomach, or legs. This pain may migrate to other parts of the body as the aortic separation lengthens. Other symptoms include paralysis of the lower body or limbs, numbness in limbs, and loss of consciousness.

The type of symptoms experienced depends on the location and severity of the dissection. Since the aorta is connected to vessels that lead to the body’s major organs and tissues, an aortic wall separation will curb the flow of blood to the vessels or organs closest to the separation, whether brain, kidney, heart, or stomach. If there’s a dissection in the lower part of the aorta, for example, you might experience a stomachache or lower back pain more severe than any you’ve ever had before.

What are the causes of an aortic dissection?

They fall into two principle categories: hereditary, including conditions such as Marfan syndrome (a connective tissue disorder that shows up in some tall, lanky, hyperflexible individuals) and acquired (mostly conditions involving atherosclerosis or trauma, particularly chest injury). The conditions frequently associated with aortic dissection are:

High blood pressure, which weakens the aortic wall, increases your risk. So does arteriosclerosis, or hardening of the arteries. Other risk factors include the following:

How is aortic dissection diagnosed?

This is actually the most important part of battling this emergency condition, as aortic dissection is often mistaken for gastrointestinal distress, musculoskeletal pain, or a heart attack. Doctors should thoroughly examine each patient who comes in with chest, abdominal, or back pain. He or she should pay special attention in checking the pulses at different points on the body. An aortic dissection should be suspected if the pulse on the left side is different or delayed from the one on the right, or if the pulse in the legs differs or is delayed from the pulse in the arms. This is particularly important in patients with a history of chest trauma.

When a patient complains of chest pain, but tests rule out a heart attack, physicians should pay close attention to the pulses, according to Sopko. If the pulses in the arm don’t match, the doctor should test for a dissection in the upper part of the aorta. If, on the other hand, the pulse in the legs is different or delayed compared to the pulse in the arms, the dissection is likely in the lower part of the aorta.

What tests are used to diagnose it?

The location of the excruciating pain and whether it has moved will help determine which tests are necessary. Physicians who suspect an aortic dissection can use the following tests to help them make a diagnosis:

How is aortic dissection treated?

Type A dissections, because they involve the early part of the aorta and have the potential to block blood flow to the brain, require immediate medication to reduce blood pressure, followed by surgery to repair the dissection. Type B, depending on the location and severity of the dissection, may be treatable by medication alone or by a combination of medication and surgery.

Lew Pringle survived his dissection, which was diagnosed with a transesophageal echocardiogram. Although he was wheeled into the operating room immediately afterwards — which may have saved his life — things haven’t been easy since then. He suffered a stroke as a result of the dissection, which ended his career as a professor. However, he continues to be active in his community and devotes considerable time to researching the disorder that turned his life upside down. “I feel like a different person in a lot of ways, and most aren’t good,” he says. “On the other hand, I’m mightily grateful to be alive.”