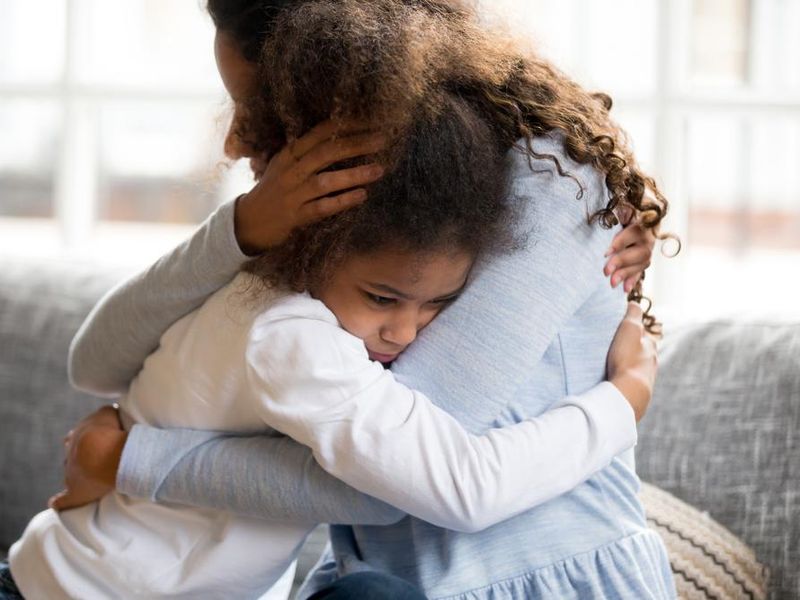 Anxiety is a normal part of children’s behavioral and emotional development. Your child may be worried about starting school, learning to kick a ball, or wetting his bed at night. These anxieties are common, even signs that your child’s development is on track.

Why is my child so anxious?

As your child moves out into the world around him and takes new risks, he has not only wonderful, exciting experiences but hurtful ones, too. Some of his discoveries involve things that could harm him. His imagination is also becoming more vivid, leading him to concoct scary scenarios. He may worry that you’ll forget to pick him up from daycare or that the big dog next door will come over and bite him or that other children will tease him.

Increasingly, your child also may react to stresses within the family, unemployment, marital tension, a car accident or even the nightly newscast can trigger feelings of distress, fear and helplessness. Your child may have a nightmare after watching a movie in which a child is in danger, or he may refuse to go to playschool if you’re ill. Most children let go of the more fanciful anxieties in time. If your child is reacting to strains in your household, encourage him to talk about it with you and reassure him of your unconditional love.

Are there specific kinds of anxiety that children experience?

Yes, here are some types of anxiety common in children of this age, along with their possible causes.

How can I tell if my child is overly anxious?

Generally speaking, you should be concerned if your child’s fears or constant worrying begin to hamper his ability to participate in preschool, family, or social activities. Pay attention, too, if you reassure your child repeatedly yet his fears don’t seem to dissipate.

When should I get help for my child’s anxiety?

You should seek help from your general practitioner if your child’s anxiety is:

Children with severe anxiety may also worry about upcoming events or fret constantly about school, friends, or participation in sports.

Your general practitioner will examine your child to see if an underlying physical problem such as poor hearing or vision could be making him anxious. The doctor may refer you to a family counselor or child psychiatrist, who can look for a behavioral, emotional, or learning disorder. If necessary, your general practitioner or the child psychiatrist may prescribe medication to calm your child and ease any compulsive behavior.

What can I do?

When your child becomes anxious or fearful, follow your instincts: Cuddle and reassure him. But don’t stop there. Overcoming anxiety takes imagination — yours and his. These tips can help: