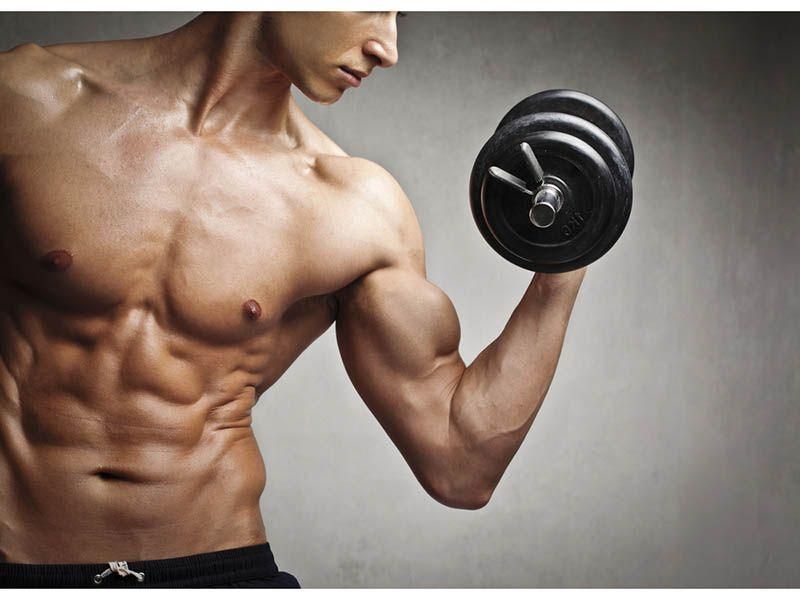 Short for androstenedione, andro is a hormone that became a star in the bodybuilding supplement industry in the nineties. The substance, a natural forerunner of both testosterone and estrogen, made headlines in 1998 when a reporter saw a bottle of the stuff in the locker of baseball star Mark McGwire. Encouraged by wild claims that andro could boost their testosterone levels by as much as 400 percent, would-be power hitters and athletes of many other stripes started taking the supplements in hopes of matching McGwire’s bulk and strength.

In October 2004, President Bush signed into law the Anabolic Steroid Control Act, which added andro to the list of banned, non-prescription steroid-based drugs. Major League Baseball, the National Football League, the Olympics, and the National Collegiate Athletics Association all now prohibit the use of andro.

“Young people, athletes and other consumers should steer clear of andro because there are serious, substantial concerns about its safety,” said Thompson. “Young people should understand that there are no shortcuts to a stronger body, and that the best way to get faster and stronger is through good diet, nutrition and exercise.”

But andro is still popular, partly because of claims that the supplement keeps red blood cells healthy, enhances recovery from exercise, and heightens sexual arousal and performance.

When the andro craze took off in 1998, nobody really knew how the supplements affected the body. Now, thanks to a landmark study released in 1999, scientists have some answers. And they’re not the answers that andro users want to hear.

McGwire may have hit 70 home runs in 1998, but a study from Iowa State University suggests androstenedione was just a bystander. Researchers tested the supplements on 20 healthy men as they undertook eight weeks of weight training. Ten of them, selected at random, took 300 milligrams of andro (slightly more than manufacturers generally recommend) each day for six weeks, while the other 10 unknowingly took a dummy pill made of rice flour. Throughout the training period, the two groups enjoyed the same gains in muscle bulk and strength. Either rice flour deserves a craze of its own, or andro is a bust.

Andro failed to live up to its billing in another important way: It didn’t budge the subjects’ testosterone levels. It did, however, increase their supply of estrogen, hardly the goal most male users have in mind. The supplement may have a different effect on women. One study of two women found that a single 100-mg dose of andro briefly increased their testosterone levels. The Iowa State researchers speculate that andro may raise testosterone levels only in people whose bodies don’t already have plenty, namely women and elderly men.

Does andro interact with other drugs?

Since andro is a direct precursor of testosterone and estrone, it’s possible that it could increase the activity and the risk of side effects of estrogen and drugs that deliver male sex hormones. (People suffering any kind of hormone imbalance, or taking medication to treat or prevent the return of breast or prostate cancer, should also avoid andro.)

What are the usual dosages?

The usual dosage of andro is 50 to 100 milligrams in pill form twice daily, but read on before you decide to take any.

What are the dangers of andro?

In some ways, users should be grateful that andro doesn’t live up to its ad copy. A sudden 400 percent increase in testosterone could set off extreme aggression and possibly damage the liver, according to a team doctor for the National Baseball Association. Still, the Iowa State study of 20 men who took andro suggests that the supplement can pose serious risks. The subjects who took andro had a 12 percent drop in their HDL cholesterol (the good kind), a change that would likely increase the risk of heart disease in longtime users.

Researchers suspect prolonged use could lead to other problems. Elevated levels of andro in the blood may promote cancer of the pancreas and prostate; men concerned about prostate problems, in particular, should avoid it. Theoretically, andro could also cause bone growth problems in children, premature labor during pregnancy, and masculinization in women, including male-pattern baldness, according to the Natural Medicines Comprehensive Database.

And although none of the subjects showed side effects from their revved-up estrogen levels, it’s conceivable that any man who took the supplement long enough would risk growing breasts. Good luck finding that on a warning label.

U. S. Drug Enforcement Administration. Statement of Joseph T. Rannazzisi Before the House Committee on the Anabolic Steroid Control Act of 2004.March 2004.