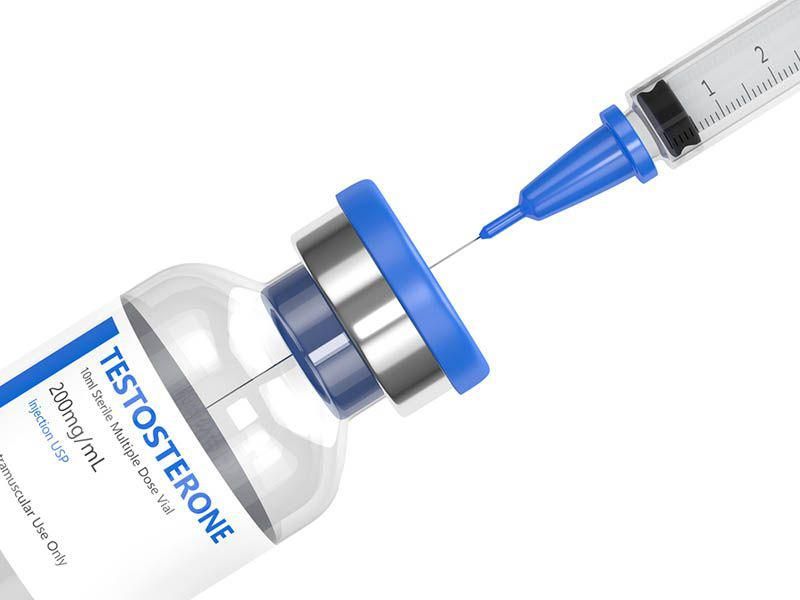 What are anabolic steroids?

Anabolic steroids are a class of synthetic drugs that closely mimic male sex hormones such as testosterone. They can be taken orally, applied as a patch, spread on the skin in cream or gel form, or injected. The term “anabolic” means the drugs can build muscles — often at unusual speed. Doctors frequently prescribe the drugs to AIDS patients and other people who are losing muscle mass. Anabolic steroids are also occasionally prescribed to males with delayed puberty or other conditions connected to a shortfall of testosterone. These muscle-building drugs shouldn’t be confused with corticosteroids, a common class of medications used to treat inflammation.

What are the benefits and risks of anabolic steroids?

When taken as prescribed by a doctor, anabolic steroids are often safe and effective. Patients who have low testosterone levels for a variety of reasons can benefit from taking steroids to maintain normal levels of testosterone. This may improve symptoms over the short term without serious side effects. What doctors don’t know is whether long-term use of steroids is completely safe.

Anyone seeking an edge on the playing field or in the gym should definitely look elsewhere. The long list of potential long-term side effects should be enough to scare off any would-be muscle men (or women). For starters, men can develop overgrown breast muscles; women can develop facial hair and a version of male pattern baldness, and both sexes can suffer severe acne. The drugs can interrupt the growth spurt of adolescent boys, leaving them significantly shorter than they would have been. And although steroids can pump up a man’s muscles, they can also shrink his testicles and send his sperm count and fertility plummeting.

Users can also develop high blood pressure, high cholesterol, and tumors of the kidney or liver. Athletes who abuse steroids have been known to suffer heart attacks and strokes before they turn 30. Lyle Alzado, a ferocious defensive lineman in the National Football League, blamed his longtime steroid use for the brain tumors that eventually took his life. At this time, however, there’s no proven link between steroid abuse and brain cancer.

Steroid abuse can certainly wreak other forms of havoc on the brain. Many users suffer from depression and wild mood swings, a side effect often called “roid rage.” Some experts believe that steroids can cause aggression and even violent crimes, but the connection is still in the realm of theory.

What’s more, the National Institute on Drug Abuse (NIDA) says that abusers take the drugs in quantities that are sometimes 10 to 100 times stronger than recommended for legitimate treatment of testosterone deficiency. Additionally, people who use them for nonmedical ends often “stack” their doses by taking two or more different steroids at once.

Why are anabolic steroids abused?

Anabolic steroids were first produced in the 1930s, and it wasn’t long before they made their way to gyms and locker rooms across the country. Body builders, weight lifters, and other athletes quickly discovered that the drugs could make them bigger and stronger. But since doctors were not likely to prescribe steroids to improve a boxer’s jab or pump up a weight lifter’s biceps, athletes found other ways to get the drugs. Today, anabolic steroids are often smuggled from overseas or cooked up in makeshift laboratories.

How common is anabolic steroid abuse?

Nobody knows how many athletes abuse anabolic steroids. Relatively few professionals ever get caught red-handed, but it’s widely believed that many take the drugs in secret. For instance, football players and other athletes could easily take the drugs during the off-season without fear of detection. When major league baseball started widespread testing for steroids for the first time in 2003, roughly 5 percent of players came up positive.

The percentage of athletes who actually abuse the drugs could be much higher. Some may be beating the system by using untraceable versions of the drugs. In October 2003, the United States Anti-Doping Agency revealed that a lab in Burlingame, California, had developed an “undetectable” steroid, tetrahydrogestrinone (THG). When testing was updated to detect THG, urine samples from several track and field competitors turned up positive. Other so-called “designer” drugs made to evade drug tests include desoxymethyltestosterone (Madol) and norbolethone (Genabol).

In the past few years, there has been an increase in the number of steroid doping allegations. These allegations and subsequent admissions have caused Olympians like Marion Jones to be stripped of their medals. Many big name baseball players have also been implicated. In 2007, Jason Giambi admitted to using steroids in earlier years and apologized to his fans. That same year, Barry Bonds was indicted on charges of perjury and obstruction of justice for allegedly lying to a grand jury about knowingly using steroids.

There’s no doubt that anabolic steroid abuse extends far beyond elite sports. According to the Mayo Clinic, about 3 million people in the US use anabolic steroids. The NIDA reports that hundreds of thousands of adults are believed to take steroids at least once a year. According to its surveys, the percentage of high school seniors who have tried steroids has declined in recent years, but is still over 2 percent.

Some people who abuse steroids develop all the classic signs of an addiction. They devote much of their time and energy to getting the drugs, they keep taking them no matter what the consequences, and they suffer withdrawal symptoms if they try to quit. Depression is an especially common side effect of quitting steroids. According to the NIDA, the depression from steroid withdrawal can last for more than a year if not properly treated. Fortunately, antidepressant medications, especially when combined with behavioral counseling, can help former addicts get through this rough transition. Certainly, the benefits of getting off high-dose steroids that are prescribed for nonmedical reasons more than outweigh the strain of quitting.

Mayo Clinic. Performance-enhancing drugs: Are they a risk to your health? December 23, 2008.