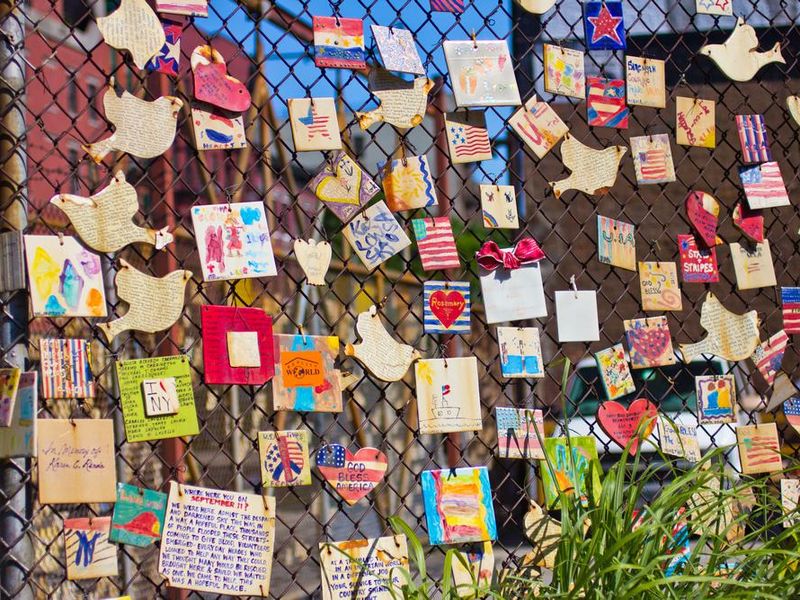 On a flight from San Francisco to New York City on September 10, 2001, Jim Campbell read a book he would remember later as extraordinarily prophetic. One Day in September, the story of the massacre of Israeli athletes by Palestinian extremists during the 1972 Olympics in Munich, was a perfect example of how a normal day can turn into “the nightmare of nightmares.”

When the first plane hit Tower One, Campbell was in a meeting on the 64th floor of Tower Two. For a few moments, he was mesmerized by the burning holes in the tower next door and the thousands of pieces of white paper that filled the air. Then one of the women in the conference room yelled, “Everybody out now!” and Campbell — along with thousands of others — began a long descent down the stairs. It felt surreal, more like a fire drill than a disaster in the making. By the time his group got down to the 25th floor, the second plane slammed into Tower Two — one floor above where Campbell had stood staring out the window. The building swayed, and many in the stairwell fell down from the force, then got up and kept going.

Campbell was in a state of shock. Outside, the stench of smoke was overpowering and it seemed like it was snowing. Among the debris he saw shoes, paper, and something that once may have been a person. Police and Port Authority officers guided his stunned group to safety. “I continued to walk north, stopping every 50 feet and watching,” the 46-year-old CEO would write in his personal account of that day. “Then there was a jumper and the crowd moaned. I had enough. I stopped being a voyeur and made my way north.”

Campbell was so anxious to get home that he drove straight across the country and was reunited with his wife and three young children in San Francisco 80 hours later. In his mind, he began to replay the horrific things he had seen and wonder why he had survived when thousands of others had not. That’s when he found himself crying every day.

“It was uncontrollable. I’d wake up, get in the shower, and cry,” says Campbell. “There was so much there, too much for me to think about. And I kept asking myself, ‘What happened? Why did I make it out when other people didn’t? Why me?'”

The president and CEO of a business software company at the time, Campbell typed up a blow-by-blow description of what he’d lived through on September 11, and sent it to friends and coworkers.

As the essay circulated around the Internet, Campbell began receiving dozens of calls and emails from people he’d never even met, all wanting to hear his story and offer their support. That, says Campbell, turned out to be his saving grace. “It gave me the opportunity to tell my story over and over again. I probably told it 10 times a day when I first got back, and that helped me process everything,” he says. Being one of the few people on the West Coast who had experienced the disaster firsthand and lived to tell about it, Campbell was besieged with questions about the attacks. “It was very different from, say, a Vietnam vet or even someone in New York City, where everybody has a story,” he says.

As it turned out, Campbell’s feelings of guilt, depression, and uncontrollable weeping were classic symptoms of post-traumatic stress disorder, an anxiety disorder that can develop after exposure to a terrifying event. Other symptoms include frightening memories and flashbacks, hallucinations, nightmares, sleep disturbances, anxiety, irritability, and sudden outbursts of anger. PTSD is common among people who have lived through violent assaults, natural disasters, and military combat, according to the National Institutes of Health.

On each anniversary of the September 11 attacks, millions of us see the footage of the crumbling towers and feel vulnerable all over again. Others will relive a narrow escape, like Campbell’s, or experience a resurgence of grief over the death of a loved one. But you don’t necessarily need to have experienced the terror firsthand to suffer from PTSD. Repeatedly watching the planes slam into the twin towers on television, and living with the fear of future physical or biological attacks have already proved to be enough to cause post-traumatic stress symptoms in many Americans, even some who didn’t live in New York City.

A study by the New York City Health Department found that about 1 in 8 people living near the Twin Towers suffered from symptoms of PTSD in the first few years after the attack, almost exactly the same rate seen in first responders to the scene. A follow-up study found that rates of PTSD had had dropped by more than half after year four, but they were still significantly higher than in the general population. People who suffered from major depression before the attacks were especially likely to feel traumatized years later.

And like Campbell, most people who were in the Twin Towers when the planes hit are still trying to make peace with the horror they witnessed. A study published in 2011 found that 95 percent of the World Trade Center survivors still suffer from symptoms of PTSD.

For Jim Campbell, being at the World Trade Center that day had a profound impact on him besides the terrors and memories — it turned his life and priorities around.

“I made some important decisions on that long drive home,” says Campbell. He quit his 70-hour-a-week job, sold his house in San Francisco, and moved with his family to Arizona — all within 90 days of his escape from Tower Two. September 11, he says, was a wake-up call to make the changes he and his family had been longing to do, but had always put off. On September 10, he says, “I would have never thought I had the capability or the funds to do what I did; but I did, and here I am.”

Campbell took several months off to spend time with his family, plant a garden, and enjoy the Arizona outdoors. Only then did he begin to look for work again, and made good on his vow not to work more than 40 hours a week. “I want balance,” he says. “I want to reaffirm life.”

Email from Jim Campbell to friends and relatives, Sept. 2001

“Study looks at PTSD at workers in Twin Towers during 9/11,” Journal of the American Medical Association news release, March 2, 2011.

Fran H. Norris et al. “The Range, Magnitude, and Duration of the Effects of Natural Disasters: A Review of the Empirical Literature.” A National Center for PTSD fact sheet. www.ncptsd.org/facts/disasters/fs_range.html