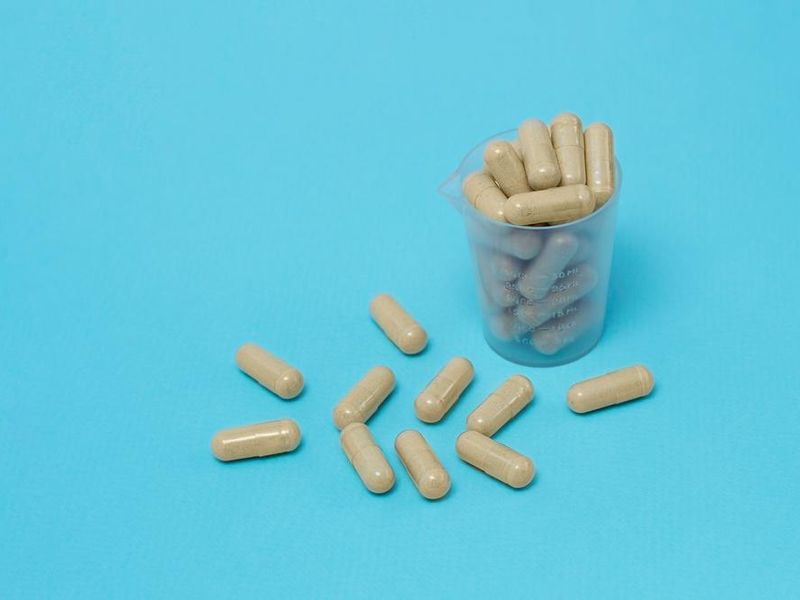 Short for 5-hydroxy-L-tryptophan, 5-HTP is a natural stepping-stone between a nutrient in our food and a crucial compound in our brains. Specifically, it’s a substance that links the amino acid tryptophan to the chemical messenger serotonin. Tryptophan, which our bodies can’t make but we do get from many foods, quickly turns to 5-HTP in the brain. 5-HTP, in turn, rapidly becomes serotonin, a compound that plays a large role in controlling mood, appetite, and sleep cycles. You’ve probably heard of serotonin in the context of antidepressant drugs that seem to work by keeping up its presence in the brain.

Because extra tryptophan in our diets leads to extra serotonin in our brains, tryptophan supplements became extremely popular in the 1980s as a natural remedy for insomnia, obesity, and depression. The enthusiasm ended when more than 1,500 people developed a crippling disease, eosinophilia-myalgia syndrome (EMS), after taking tryptophan supplements tainted with an impurity similar to one found in 5-HTP that’s known as “Peak X.” Thirty-eight of the victims died. (Many cases were linked to a batch of genetically engineered tryptophan supplements from Japan.)

The Food and Drug Administration banned tryptophan supplements in 1990, a move that led to a wave of supplements containing 5-HTP. Today 5-HTP supplements are sold everywhere in countless health food stores and on the Web and promoted with the same promises that were once made about tryptophan.

Is 5-HTP used in conventional medicine?

The National Institutes of Health has declared 5-HTP to be “possibly unsafe.” The NIH has noted there is not enough evidence to support many claims, and because of the possible harm it has caused, the agency advised people not to take it until more is known.

The Natural Medicines Comprehensive Database says 5-HTP “is POSSIBLY SAFE when taking by mouth appropriately. It has been used safely in doses up to 400 mg daily for up to one year.” However, because of the link to EMS, it advises caution when using it. The FDA also warns of the need for caution. The impurity Peak X was linked to a 1991 case of EMS in a consumer taking 5-HTP. In 1998, researchers at the Mayo Clinic tested six batches of 5-HTP and discovered small amounts of peak X – similar to the contaminant that caused the outbreak of EMS — in every one of them. (Later tests by the FDA also found the contaminant.)

The analyzed 5-HTP supplements contained only 3 to 15 percent as much peak X as did the tainted tryptophan, but that’s enough to put people taking large amounts of 5-HTP at risk. One book, 5-HTP: The Natural Way to Overcome Depression, Obesity, and Insomnia, recommended taking 300 to 900 milligrams of the supplement each day, and Mayo Clinic researchers say such doses could easily cause trouble. If you take 5-HTP, keep the dose small and see your doctor if you notice any signs of EMS, which include fatigue, muscle pain, numbness, and tingling.

Even if you happen to get a pure batch of 5-HTP, the supplement’s effects may not always be benign. Users can become manic, restless, irritable, and (though it’s less common) depressed, according to a study in the Archives of Neurology. That’s all the more reason to use 5-HTP with caution — or to steer clear of it. Women who are pregnant or nursing should avoid the supplement entirely.

Does 5-HTP interact with any drugs?

Yes. Watch out for the following interactions:

As a forerunner to serotonin, 5-HTP may have the potential to stabilize mood. One small 6-week study compared 5-HTP to an antidepressant in the Prozac family and found equal benefit between the two, with 5-HTP causing fewer and less severe side effects. As for obesity, insomnia, ADHD, tension headache, alcohol, and other disorders it has been used with, the Natural Medicines Comprehensive Database said there is insufficient evidence that it works for anything but (possibly) depression. With all the unanswered questions about the product, you’re better off using more widely tested remedies.