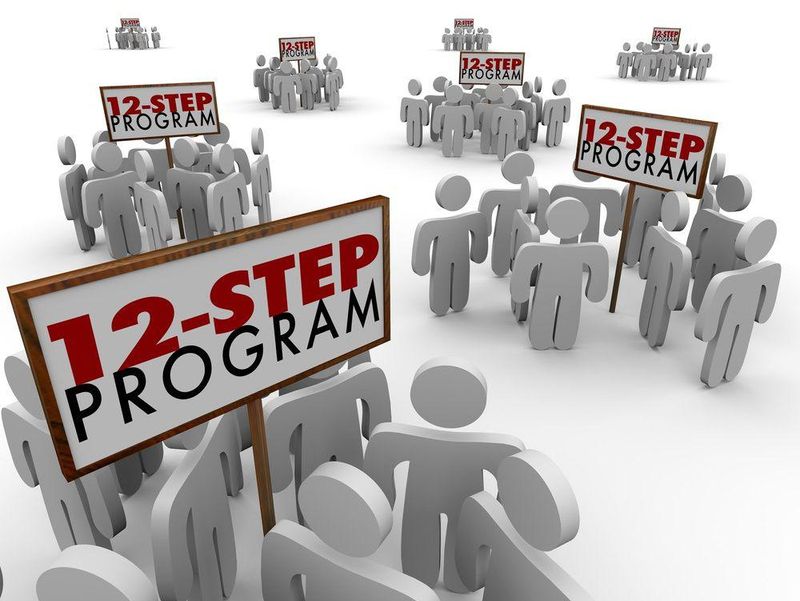 What are 12-step programs?

Since 1935 — the year that Alcoholics Anonymous was founded — millions of people have turned to 12-step programs to help them overcome often life-threatening addictions or self-destructive behaviors. The 12-step approach combines group support with specific activities or steps that are intended to move a person closer to recovery. The concept has expanded greatly since 1935: There’s now Gamblers Anonymous, Overeaters Anonymous, Sexaholics Anonymous, Spenders Anonymous, and many more.

All of the groups encourage regular participation. Many people go to weekly meetings, and some may even attend a meeting every day if they feel they need the support. Research shows that people with the most regular attendance are also the most likely to abstain from their particular addiction, at least in the short term.

Most 12-step programs are informally organized at the local level. There’s usually no professional counseling available, but attendees get plenty of encouragement from others who are also working toward recovery. New members are encouraged to find a sponsor in the group — someone experienced in the program who can help them along.

Twelve-step programs put great emphasis on the spiritual side of addiction, and call on the guidance of a “Higher Power” — however a person chooses to define the term. In most cases, the goal is total abstinence. (Overeaters Anonymous and Sexaholics Anonymous are two obvious exceptions.) The meetings are free, and are held all across the country.

How effective are 12-step programs?

When AA was founded, it was a definite advance in the treatment of alcoholism. Although many in the medical community had already considered alcoholism to be a disease, the concept had not yet caught on with society at large. AA members had a major role in spreading that understanding, and their innovative formula quickly became the standard treatment method. To this day, many people say that they couldn’t have overcome alcohol abuse — or compulsive gambling or overeating — without the help of a 12-step program.

As experts learn more about the nature of addictions, many feel that the 12-step approach needs to be reexamined. Although it provides support and encouragement, it may not be the best choice for everyone. A 2006 comprehensive review of past studies published in the Cochrane Reviews (part of a prestigious organization that evaluates medical research) found no clear-cut evidence that people attending AA meetings are more likely than people getting other types of treatment (such as professional counseling) to cut back on their drinking.

The review ended with a note of caution: Anyone considering attending AA or other 12-step program, the researchers wrote, “should be made aware that there is a lack of experimental evidence on the effectiveness of such programs.” That doesn’t mean that a 12-step program is a bad choice for overcoming addictions, just that more research needs to be done to determine how successful it is, and who are the best candidates for this type of program.

A report from the National Institute on Drug Abuse (NIDA) notes a few potential drawbacks to the 12-step approach. For example, 12-step clients are told that they have no control over their addiction, even though other treatment approaches — including cognitive behavioral therapy — are based on the idea that addicts can take charge of their own recovery.

Also, 12-step programs take a one-size-fits-all approach to very complicated, highly personal problems. As noted in the NIDA report, 12-step programs claim that “the way to cope with nearly all drug-related problems is by going to meetings or deepening involvement with fellowship activities.” In cognitive behavioral therapy, by comparison, “coping strategies are much more individualized and based on the specific types of problems encountered by patients and their usual coping style.”

Some people may be put off by what they view as a religious tone to 12-step programs — despite the programs’ emphasis that a person’s “Higher Power” doesn’t necessarily have to fit the traditional concept of God. But for people who prefer not to rely on a “higher power” for guidance, cognitive behavioral therapy or another method may be a better fit.

Despite these potential shortcomings, AA and other 12-step programs may be valuable, especially when combined with other types of treatment. According to the NIDA report, many people going through cognitive behavioral therapy for cocaine addiction find 12-step meetings to be “very helpful” for both quitting the drug and staying off of it.

A successful treatment program for methamphetamine addiction — called the Matrix model — combines cognitive behavioral therapy and other forms of counseling with regular 12-step meetings. Again, the 12-step programs provide a free, readily available source of support, so they may be worth a try.

The specific steps may vary slightly from one program to another, but they tend to follow the original steps authored by the founders of AA:

If you’re considering a 12-step program — or any other type of rehabilitative program — you’ve already moved closer to recovery. You’ve acknowledged that you have a problem, and you’ve decided to do something about it. But before you attend your first meeting, you should know that those 12 steps may not take you far enough. Get an assessment from your family doctor or a substance abuse counselor, and be aware that there are medical treatments for smoking, alcohol, and many drug addictions, including opioid addiction. Ask your doctor about Medication for Addiction Treatment programs; you may want to combine this with a 12-step program.

If you’re committed to beating your addiction, you already have a great shot at success.